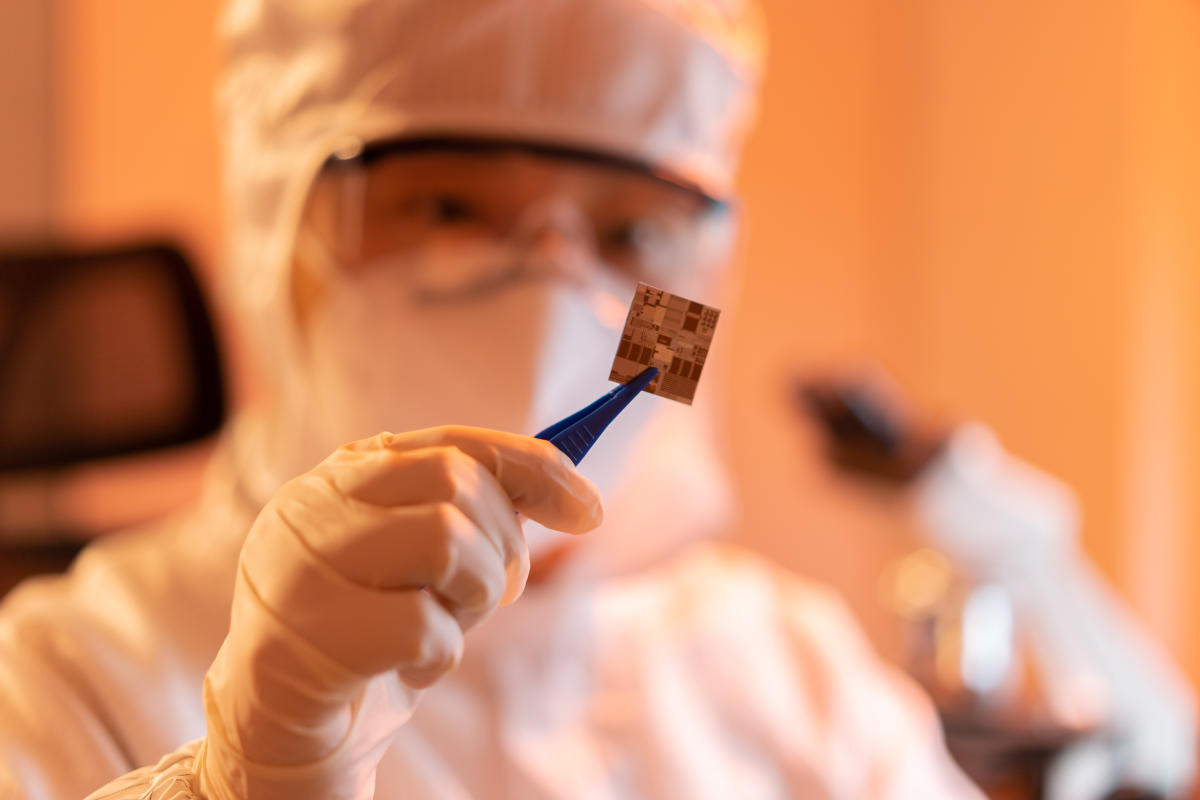 When the US first banned sales of certain tech products to Chinese tech firm Huawei three years ago, it crippled a once-proud national champion and sent ripples across the US semiconductor industry. In the quarters following that export ban in May 2019, top American chipmakers reported a median revenue decline of 4% to 9%.

The Biden administration’s latest tech controls threaten to accelerate those losses, throwing the global semiconductor sector into disarray. And Chinese companies targeted by the new regulations won’t be the only ones feeling the pain.

“If China really wants to be as aggressive as the US and retaliate, there could be a lot of impact for other companies in the US,” said Edith Yeung, Race Capital General Partner, in an interview with Yahoo Finance Live (video above) . “This is beyond impact on revenue for Intel (INTC) or Qualcomm (QCOM) or NVIDIA (NVDA).”

The US has long been a global leader in semiconductors, commanding roughly 45% to 50% market share. However, that leadership has been built on global demand for its products, with China consuming roughly 75% of semiconductors sold globally.

Chinese device makers alone accounted for roughly a quarter of global semiconductor demand in 2018, according to a study by Boston Consulting Group (BCG).

‘More than just a preventative tool’

That innovation cycle is at risk of being picked apart, with the Biden administration’s sweeping tech controls, aimed at freezing China’s semiconductor development and dramatically limiting critical technology exports from the US

“Technology export controls can be more than just a preventative tool,” said National Security Adviser Jake Sullivan, ahead of the administration’s announcements. “If implemented in a way that is robust, durable, and comprehensive, they can be a new strategic asset in the US and allied toolkit to impose costs on adversaries, and even over time degrade their battlefield capabilities.”

Specifically, the new measures block sales of semiconductors critical to the development of artificial intelligence, supercomputers, and other advanced technologies, unless companies receive exemptions. It also expands an existing ban to sell advanced chip-making equipment to Chinese firms.

In a broad escalation, the Biden administration’s actions also restrict US firms and citizens, including permanent residents, from supporting China’s development of advanced chips.

The restrictions announced earlier this month have already created a chilling effect.

“This is really a sea change in policy… the US is imposing a freeze-in-place strategy toward China’s indigenous chip development,” said Reva Goujon, Rhodium Group Director. “[The semiconductor sector] is an interdependent, interlocking ecosystem where all the parts kind of have to be in place for things to work to be able to upgrade to more and more advanced levels. So, if you cut the legs out from under that production cycle, you can really cause a lot of disruption, which is exactly what the US intent is.”

Impact on US chipmakers

The disruption may not be limited to Chinese firms. A 2020 study by BCG estimated that US companies could lose 18% of their global market share and 37% of their revenues over the same period if the US completely bans semiconductor companies from selling to Chinese customers.

The measures have already prompted chip equipment maker Applied Materials to cut fourth-quarter estimates for net sales by approximately $400 million. Q4 non-GAAP adjusted diluted EPS is expected to range from $1.54 to $1.78, compared to the prior range of $1.82 to $2.18.

While the restrictions are limited to next-generation chips now, NVIDIA, the largest US chipmaker by market value, warned in August that new licensing requirement on advanced chip shipments to China could cost the firm as much as $400 million in quarterly sales.

“There’s certainly a chance this could have a much bigger waterfall effect but I think these companies have already looked at the situation, they’re assessing it,” said Daniel Newman, Founding Partner and Principal Analyst at Futurum Research. “I’m not overly alarmed that it’s going to be the whole portfolio [of chips]… I think this is about leading the arms race for the next generation of technology in areas like supercomputing, high-performance computing, and artificial intelligence.”

Containing technology ‘where they need to be’

Secretary of State Anthony Blinken has reiterated as much, highlighting in a recent address at Stanford University, that only “a small number of countries” are manufacturing or making tools to manufacture the highest-end semiconductors.

“We want to make sure that we keep those where they need to be,” Blinken said, without singing out of China.

But Goujon argues that US firms, particularly equipment makers, face the risk of losing market share and revenue to competitors in countries that have historically had friendlier relations with the US, including Japan and South Korea. If companies there find a workaround for the Biden administration’s measures, Goujon said the new controls could end up backfiring on the US

“Foreign competitors to US [equipment makers] have an opportunity here, of course, to try to capture more market share in China if they can displace US persons and US linkages, which is possible in some areas,” she said.

“The US is applying heavy bilateral and plurilateral pressure for partners to follow its lead, and it’s sending the signal that look, This package contains extraterritorial measures and we will add more if needed. But here’s the window to try to basically align with our controls. So that’s really going to be an important question now.”