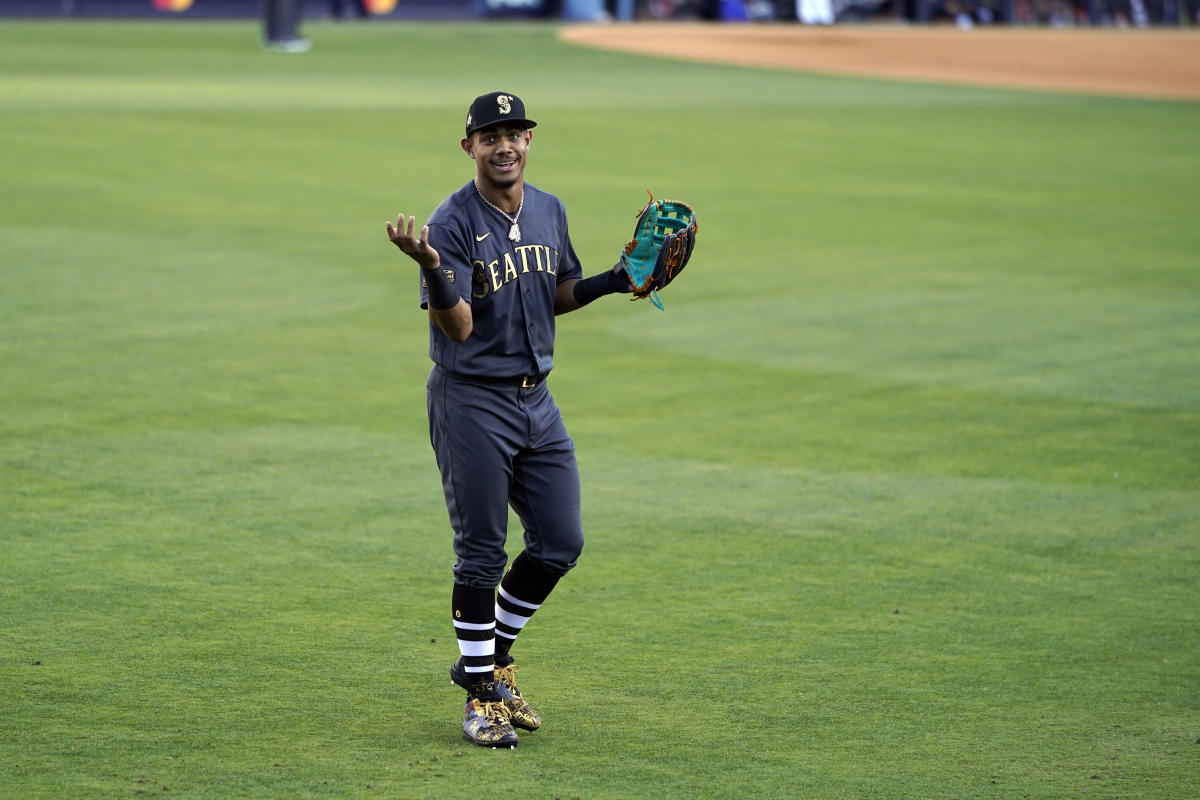 LOS ANGELES — The problem with baseball is that, too often, your eyes betray you. Or at least, you can’t see the whole story. What you’re watching on the field is barely even the tip of the iceberg in a sport defined by large sample sizes and unexpected value that has to be quantified to be understood.

This renders the All-Star Game meaningless — I mean, it was anyway, and those of us who thought it was kinda cool when the outcome determined World Series home-field advantage know to keep that take on the down low — as a game and even on an individual performance level. Aaron Judge is still the best slugger on the planet even though he went 0-for-2 with a pair of strikeouts Tuesday night in Los Angeles.

We can try to write about how any one moment set a game or a season on course to its ultimate destination, but that is largely poetic license. At All-Star, though, the moments are all there is. They are exactly as big or as fun or as poignant as they made you feel on first watch.

Or, put another way: No analytics, just vibes.

In May, when the Seattle Mariners came through New York, Julio Rodríguez talked about being baseball’s stolen base leader at the time, despite profiling more for power than speed as a prospect.

“There’s so many guys that somebody else will say from the outside, ‘Oh you’re just a power hitter.’ I feel like I don’t gotta limit myself to what you want me to be.”

He had played just about 30 major league games at that point and declared that he was “kinda used to it.”

He’s played nearly 100 big league games now. His 21 stolen bases are third in baseball and he leads all rookies in bWAR. He was also the only one to make the All-Star Game, and the only one to compete in the Home Run Derby.

The vibes Tuesday night were boisterous, light-hearted, a little boring in terms of actual baseball but a decent showcase of players’ personalities that felt more natural, and less pleading than attempts to prove the game can be a good time usually are . But by the end, nothing had upstaged the J-Rod Show from the night before.

These days, the Home Run Derby is the marquee event of All-Star week. This is not an indictment of either event and neither is this just because all kinds of people dig the long ball. The derby is riveting for the same reason any other sporting event is: the thrill of competition. The inherent flaw in any showcase game is making it feel like winning matters — at least to the athletes involved. All-Star prioritizes giving every guy his moment and letting the players get a little distracted for the sake of the broadcast over optimal strategy, as it should. And the end result was that the only real angst came from rooting for the National League to score one more and send us to a tiebreaker home run derby.

The real derby, though, those guys are trying. In a head-to-head contest it’s hard not to notice the tension rising or to marvel at the singular displays of strength and stamina.

In terms of pure baseball viewing bliss, the whole thing peaked when Rodríguez — who has 30 career minor league home runs and 16 so far this season in the bigs — launched 32 long balls to kick off the derby, a number that would not be topped all night It was a moment that everyone was watching felt. He eliminated two-time reigning champ — and far and away the person taking it the most seriously — Pete Alonso with 31 in the semifinals before coming up one short against Juan Soto in the final round.

Soto won the Derby — and the rumors surrounding his uncertain future won the news cycle — but Rodríguez won the night. (He also, self-reported, used to regularly beat Soto at “Call of Duty.” “If he says that he was better than me, he’s lying.”)

“What did I show the fans?” Rodríguez considered after the derby, “Who I am, I guess. A little bit of my style…I think they know a little bit now.”

This is old news by now. The feats of All-Star week age like the troughs of Dodger Dogs that comprised the only food available in the press box. But with the right performance, the impression lingers. All the players in LA this week are engaging for their talent, but it’s hard to decide if Rodríguez’s eyes or smile are more captivating (it’s the saucer-sized diamond-encrusted 4 necklace that shines the brightest).

Julio Rodríguez came into this week an All-Star, and leaves as a star star — which is a lot rarer. We’re lucky to see that status cemented so early in his career. The 2022 Home Run Derby was the beginning, but it was just the beginning.

He’ll return later this week to a Mariners team that entered the break on a 14-game winning streak that pushed them into wild-card position. There’s a long way to go still before the end of the season as Seattle tries to snap the longest ongoing postseason drought in sports. All the more reason to watch what Rodríguez can do.

Even if they come up short, another shot at the national stage awaits one year from now when the All-Star festivities go to Seattle.

And so naturally, amid the chaos of players departing and clubbies boxing up commemorative jerseys, Rodríguez fielded questions not just about whether he would compete in another derby, but whether he would hit a ball clean out of the stadium.