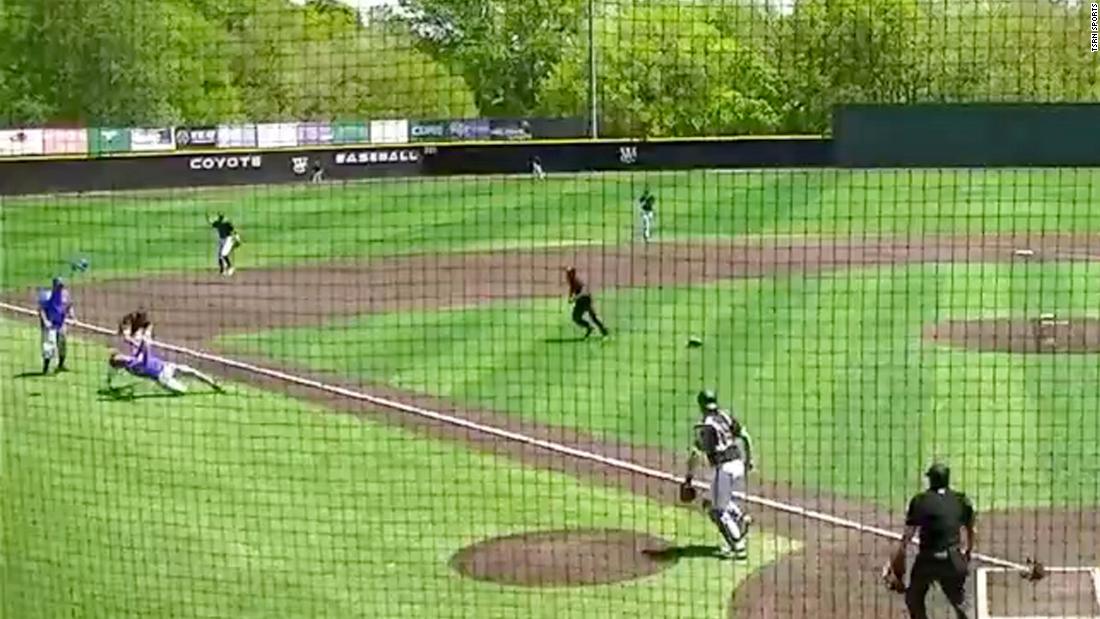 The opposing player had just hit a home run Wednesday and was rounding the bases when the pitcher charged the player from North Central Texas College.

After he was knocked down by the pitcher, the baserunner got up and jogged to touch the home plate. Following the altercation, the game was suspended until further notice, the Weatherford College athletics department said in a statement.

The baserunner — who was ejected for taunting — was suspended for two games. Additionally, other players from both teams were suspended due to their roles in the aftermath of the incident.

Both teams ultimately forfeited the game, which was the first of a four-game series between the schools, NTJCAC said Thursday.

Games two and three are considered North Central Texas College forfeits because the college can’t field enough players for the games due to the suspensions, a release from Weatherford College said, adding that the fourth game is scheduled to be played Saturday.

The athletics department said Wednesday the pitcher faces potential disciplinary action, including expulsion from the college.

“We are shocked and disappointed at what happened in our game today,” Lightfoot, who is also Weatherford’s assistant athletic director said wednesday. “We do not condone this type of behavior. We have worked hard to build a program with the highest of standards. We are completely embarrassed by this incident, and we apologize to North Central Texas College and the fans of WC baseball. This type of behavior cannot be tolerated.”
North Central Texas College also released a statement, saying it was investigating the incident and will be working in conjunction with Weatherford College “to determine the full extent of this event.”

“The unfortunate events at Weatherford College will be used as a teaching moment for our student athletes to help ensure these incidents do not occur in the future,” the NCTC statement added.

CNN reached out to both schools Thursday but did not immediately hear back.