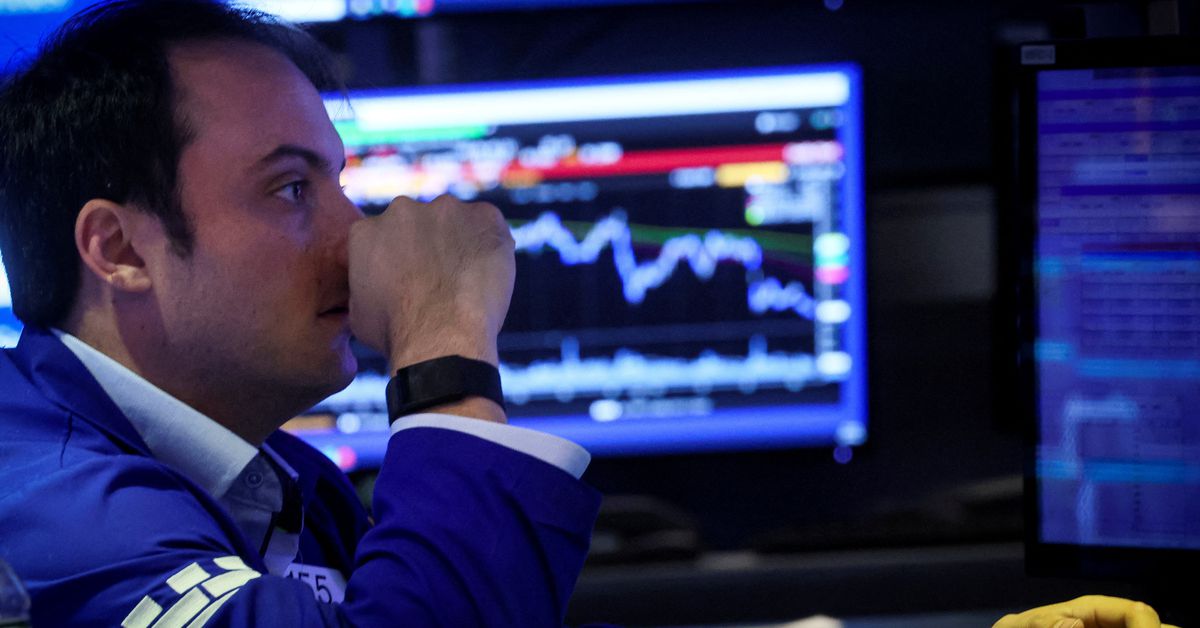 Aug 30 (Reuters) – US stocks closed lower for a third straight session on Tuesday as a rise in job openings fueled fears the US Federal Reserve has another reason to maintain its aggressive path of interest rate hikes to combat inflation.

The benchmark S&P 500 index (.SPX) has tumbled more than 5% since Fed Chair Jerome Powell on Friday reaffirmed the central bank’s determination to raise interest rates even in the face of a slowing economy. read more

Labor demand showed no signs of cooling as US job openings rose to 11,239 million in July and the prior month was revised sharply higher. A separate report showed consumer confidence rebounded strongly in August after three straight monthly declines. read more

“It locks them in even further.”

The data increases the focus on the August non-farm payrolls data due on Friday.

New York Fed President John Williams said on Tuesday the central bank will likely need to get its policy rate about 3.5% and is unlikely to cut interest rates at all next year as it fights inflation.

However, Atlanta Fed President Raphael Bostic said in an essay published on Tuesday the Fed could “dial back” from its recent string of 75 basis point hikes if new data shows inflation is “clearly” slowing while Richmond Fed President Thomas Barkin said the Fed’s pledge to bring inflation down to its 2% goal will not necessarily result in a severe recession. read more

Traders are pricing in a 74.5% chance of a third straight 75-basis point rate hike at the Fed’s September meeting.

Each of the 11 S&P 500 sectors were in negative territory, with the energy sector (.SPNY) the biggest percentage decliner as oil prices settled down more than 5% on concerns that slowing of global economies could sap demand. read more

Rate-sensitive megacap growth and technology stocks such as Microsoft Corp (MSFT.O), and Apple Inc (AAPL.O), were among the biggest drags on the benchmark index.

Both the S&P 500 and the Nasdaq have broken below their 50-day moving average. The S&P 500 also briefly fell below the 50% Fibonacci retracement level from its June low to August high, another key technical indicator watched by analysts as support.

Adding to worries, Taiwan’s military fired warning shots at a Chinese drone which buzzed an islet controlled by Taiwan near the Chinese coast. read more

Best Buy Co (BBY.N), however, rose as the biggest gainer on the S&P 500 after it reported a smaller-than-expected drop in quarterly comparable sales thanks to steep discounts. read more