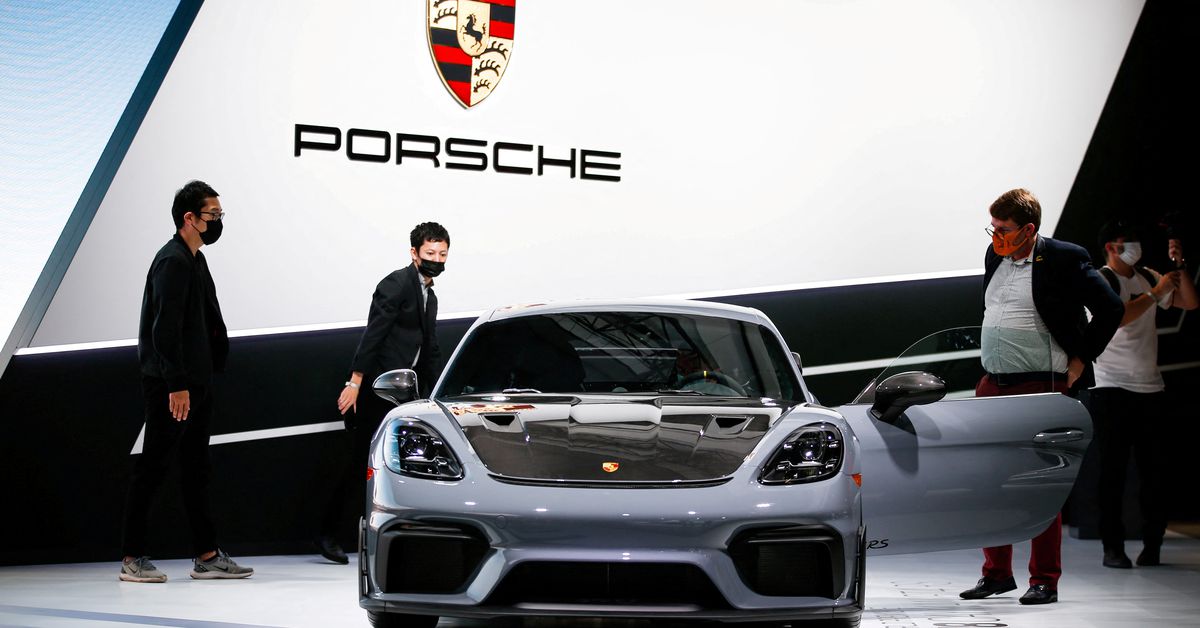 HAMBURG/FRANKFURT, Sept 5 (Reuters) – Volkswagen’s (VOWG_p.DE) supervisory board is expected to approve a plan to list sportscar maker Porsche in a much-anticipated initial public offering, a person familiar with the matter told Reuters on Monday.

The board is currently in session and expected to vote in favor of a listing, the person said.

The green light would come at a tricky time for investors: An escalation in an energy standoff between Russia and Europe has caused major market turbulence.

The carmaker will publish a so-called intention to float for the potential initial public offering in late September or early October, assuming its supervisory board gives the go-ahead. read more

But it could shorten or extend the four-week period for buyers to express interest, or pull its plans altogether, investors should not express enough enthusiasm, two sources close to negotiations said.

“It would be the technical go-ahead, nothing more,” one of the sources said. “It’s paving the way, but this would not guarantee that the stock market bell will ring in the end.”

The intention to float is expected to include an offering to retail investors in countries in Europe including France, Spain, and Italy, two sources close to the negotiations said, an attempt to tap into Porsche’s loyal fan base.

Volkswagen will also decide whether to approve 25% plus one share of ordinary shares in Porsche AG to be sold to Porsche SE, as laid out in a framework agreement by the two parties in February. read more

That would give the Porsche and Piech families, who control Porsche SE, a blocking minority – bolstering their push for greater control under new Chief Executive Oliver Blume.

‘CLEARLY POSITIVE’ Under the February framework deal, 25% of preference shares will be sold on the open market, equal to just 12.5% ​​of Porsche’s total capital. Even that could generate up to 10.6 billion euros, based on Reuters calculations.

Ordinary shares, solely owned by Volkswagen and Porsche SE under the plans, would not be publicly listed.

Investors expect a valuation between 60 billion and 85 billion euros, with the more optimistic pointing to the strong Porsche brand and others highlighting freefalling valuations of other luxury carmakers such as Aston Martin and Ferrari.

At the high end of estimates, the IPO could be the largest in German history and the biggest in Europe since 1999, Refinitiv data showed.

Qatar Investment Authority, which owns 10.5% of Volkswagen and 17% of its voting rights, will also become a strategic investor in Porsche AG’s preferred shares in the case of an IPO.

But some investors say with European shares on a downward spiral, inflation at record highs and Russia holding gas supply, it is a dangerous time for a stock market debut.

Analysts at Stifel said: “VW should work on its timing: the plan to IPO was announced the very same day Russia invaded Ukraine, the ‘Intention to Float’ comes out exactly when Russia stops supplying gas to Germany.”

Germany’s car association expects a 4% drop in passenger car deliveries in Europe this year, with the hoped-for post-pandemic recovery yet to emerge. read more

Volkswagen has repeatedly argued that a listing is key to funding its 52 billion euro transition to electrification.

Porsche’s status as a luxury brand able to bump up prices makes it a moneymaker for the Volkswagen Group. Its operating profit jumped 22% in the first half of this year, in contrast to an 8% fall at the mass market-oriented Volkswagen brand.

Shares in both companies still fell along with the broader market on Monday following Russia’s move to indefinitely suspend flows via the Nord Stream 1 pipeline. read more