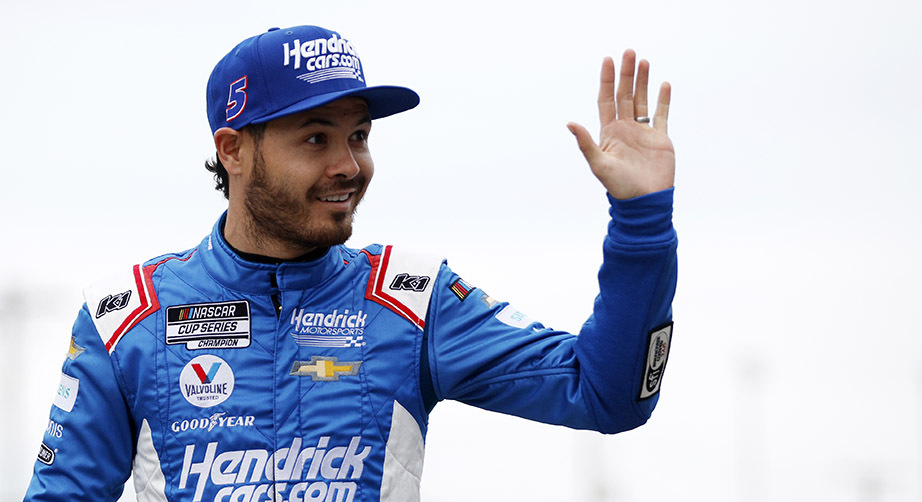 CONCORD, NC- On Saturday night, the NASCAR Cup Series will race at Daytona International Speedway as the 2022 regular season comes to a close. Headed into “The Sunshine State,” all four Hendrick Motorsports drivers have already earned a spot in the Cup Series playoffs.

RELATED: Daniels: Watkins Glen win a ‘token of confidence’ ahead of playoffs

Since it’s grand opening in 1959, Daytona’s premier racing facility has hosted a second Cup Series race every summer. The track itself boasts steep banking at 31 degrees in the turns and 18 degrees in the tri-oval portion of the racetrack with six-degree banking on the straightaways. With the high banking comes pack-style racing, as drivers will jockey for position inches apart from their competitors.

The four-car team has already seen how the track responds to the Cup Series’ Next Gen car in the season-opening DAYTONA 500. In February, Chase Elliott and the No. 9 NAPA AUTO PARTS Chevrolet Camaro ZL1 led Hendrick Motorsports with a 10th-place finish. Since then, the organization has won twice with the 2022 superspeedway rules package – both at Atlanta Motor Speedway with Elliott winning in July and William Byron taking the victory in March. In the midst of three top-10 finishes in April’s race at Talladega Superspeedway, Hendrick Motorsports led 70 laps.

RELATED: Behind the lens: Photos from the DAYTONA 500

Last summer’s trip to the World Center of Racing resulted in top-10 finishes for both Alex Bowman and Elliott. The 2020 champion paced the field for 36 laps and collected a stage win in the opening stage.

While Kyle Larson’s night ended a lap early in last season’s summer Daytona race, the event saw the Elk Grove, California, native claim the regular season championship. He would go on to win his first Cup Series title at Phoenix Raceway later that fall. Larson comes into this race fresh off his second win of 2022 and sits second in the point standings. As for Byron, the 24-year-old driver is the most recent Hendrick Motorsports driver to taste victory on the oval configuration of Daytona. In 2020’s summer visit to the track, Byron led 24 laps on the way to his first ever victory in the Cup Series.

All four Hendrick Motorsports drivers have won a race in 2022, which locks the quartet each into the Cup Series playoffs. In fact, Larson’s win at Watkins Glen International gives the organization three drivers with at least two wins this season – Elliott (four) and Byron (two) are the others. Each team is looking to build momentum headed into the playoff opener at Darlington Raceway on Sunday, Sept 4.

The trip to Daytona is also a homecoming for crew chief Alan Gustafson, who grew up just down the road from legendary venue in Ormond Beach, Florida. After graduating from Seabreeze High School in Daytona Beach, Florida, Gustafson enrolled at nearby Embry-Riddle Aeronautical University to study mechanical engineering before coming to North Carolina in 1996. 9 team has yet to win a points-paying race on the oval layout, but he does have a win on the road course in 2020 with Elliott as well as two Duel wins with Elliott (in 2017 and 2018). He also has five poles at Daytona, with Elliott delivering three of those.

As an organization, Hendrick Motorsports has won 15 points-paying races on Daytona’s high-banked oval, dating back to their first win at the famous circuit in 1986. Jeff Gordon earned six wins with Jimmie Johnson nabbing three victories and Dale Earnhardt Jr. scoring two triumphs for the team. Tim Richmond, Geoff Bodine, and Darrell Waltrip each accounted for one victory at the World Center of Racing during their careers, with Byron as the only active Hendrick Motorsports driver to win at the 2.5-mile track.

Here is what you need to know to catch this weekend’s action.

WHAT TIME IS PRACTICE AND QUALIFYING?

There will not be practice for the Cup Series this weekend. Single-car qualifying will begin at 5:05 pm ET on Friday, Aug 26and will be broadcast on USA Network. Qualifying will consist of two rounds with the top 10 drivers advancing from the first round to battle for the pole position.

Byron will be the 21st driver to go in the first round, while Bowman will go 28th. Elliott and Larson will be the last two drivers to complete a lap in round one, going 36th and 37th, respectively.

WHAT TIME IS THE RACE?

The 400-mile Cup Series main event is scheduled for 7 pm ET on Saturday Aug 27and will be broadcast on NBC. Peacock will also carry the race as well as exclusively carry post-race coverage following the conclusion of the race.

CAN I LISTEN ON THE RADIO?

Both races will be on MRN radio other SiriusXM NASCAR Radio (Channel 90).

CAN I STREAM ONLINE?

yes Download the NBC Sports App for online coverage. Fans can also keep up with the action on Twitter by following @TeamHendrick.

4: Pole positions earned by crew chief Greg Ives at superspeedways – two of those have come with Bowman. They also started on the front row in February’s DAYTONA 500.

9.5: Elliott’s average finish at Daytona and Talladega in the last eight races. This mark gives the Dawsonville, Georgia, native the best average finish over that stretch at superspeedways among drivers with more than two starts.

12: Amount of victories earned by Larson since the start of 2021. This mark is double that of the next closest driver – Elliott with six.

17: Number of consecutive seasons Hendrick Motorsports has had at least two drivers in the playoffs, the most of any organization.

611: Laps led by Byron this season. The 24-year-old driver sits second in this category.