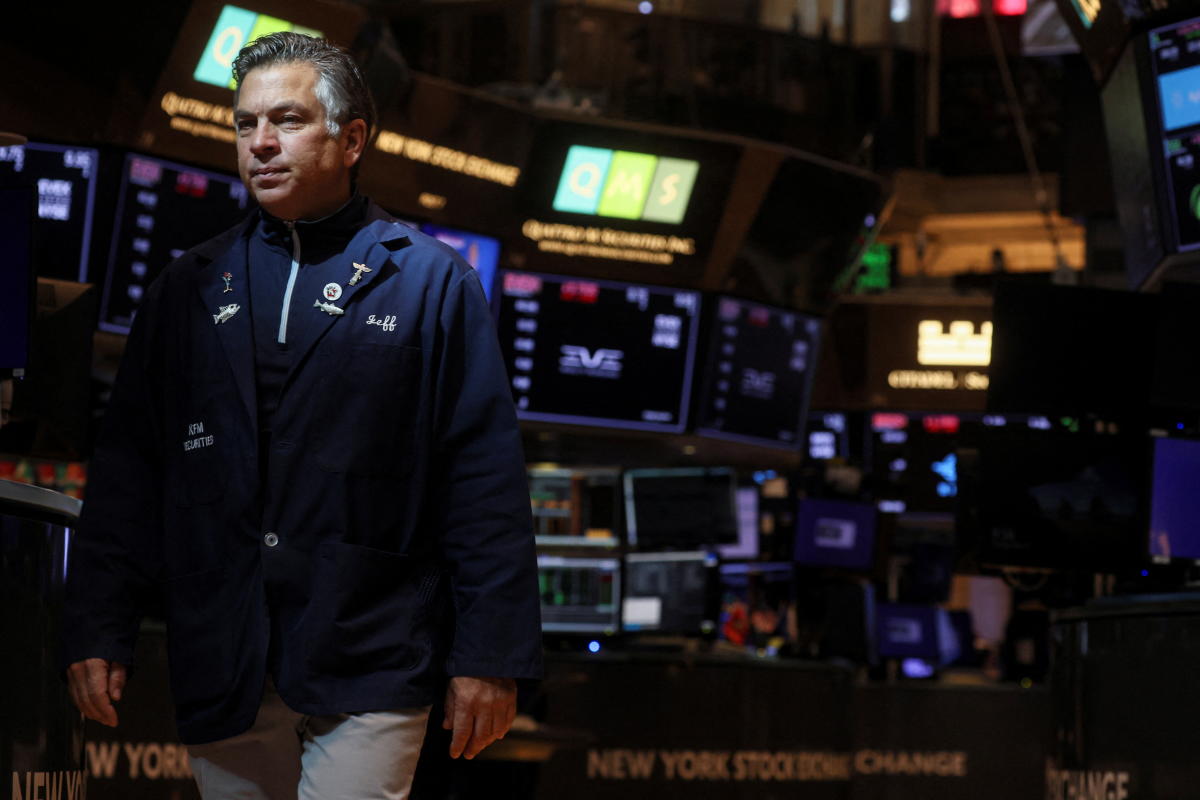 The moves build on a streak of sharp losses in equity markets and follow April’s Consumer Price Index (CPI) out Wednesday, which showed an inflation rate that held near a 40-year high despite a marginal pullback from the prior month. Furthermore, the so-called core price index, which excludes the volatile food and energy categories, came in higher than economists had anticipated, stoking worries among investors that elevated prices may persist.

April’s snapshot of inflation across the US comes as investors gauge how aggressively the Federal Reserve will intervene to rein in rising price levels via monetary tightening, including increases on interest rates. Uncertainty around the central bank’s next move has spurred turbulence across risk assets, sending all three major indexes to their lowest trading levels year-to-date.

“Inflation appears to be entrenched within many areas of the economy and regardless if we have witnessed inflation peak, a persistently slow grind lower will be more problematic for the Fed to simultaneously cool inflation without tipping the economy into recession,” Charlie Ripley, a senior investment strategist at Allianz Investment Management, said in an emailed note Wednesday.

Cleveland Fed President Loretta Mester told Yahoo Finance on Tuesday that interest rate hikes of 50 basis points were likely in the next two Federal Reserve policy-setting meetings, while leaving an increase of 75 basis points on the table as the central bank ramps up its inflation – mitigation efforts.

“It’s going to be challenging, no doubt, because there are things going on on both the supply side and the demand side,” Mester said. “But the risks to inflation remaining high get even more risky as we keep going because of inflation expectations, so it’s really important we’re committed to doing what we need to do.”

Peter Essele, head of portfolio management, Commonwealth Financial Network, said if inflation levels out in the second half of the year, there will be less pressure on the Fed to combat elevated price levels with aggressive monetary policies, “which leaves open the possibility of a soft landing of the economy as opposed to the crash and burn that markets have been pricing in as of late.”

“The second half of the year could be a strong period for equities and bonds if inflation continues to moderate and the magnitude of interest rate hikes come in under expectations,” Essele said in a note. “Currently, investors are pricing in a doomsday scenario with inflation and are missing the forest for the trees.”

Here were the main moves in early futures trading Thursday ahead of market open:

Instacart Inc., the largest online grocery delivery service in the US, has confidentially filed documents for an initial public offering, according to a Bloomberg News report.

The company is reportedly working with banks including Goldman Sachs Group Inc. and JPMorgan Chase & Co. on the move, per Bloomberg, citing people familiar with the matter, who indicated a listing could happen as soon as this year, though the timing may change .

Instacart, which grew sharply during the pandemic as people turned to online grocery shopping, has seen a recent slowdown in growth following its COVID boom as consumers return to in-person supermarket visits.

The company revealed in March that it was cutting its valuation about 40% to $24 billion. Instacart was previously valued at $39 billion in a March 2021 funding round from firms including Andreessen Horowitz, Sequoia Capital and D1 Capital Partners, as well as Fidelity Management & Research Co. and T. Rowe Price Associates Inc, Bloomberg reported.

Here’s where stock futures were in extended trading ahead of the overnight session Wednesday: