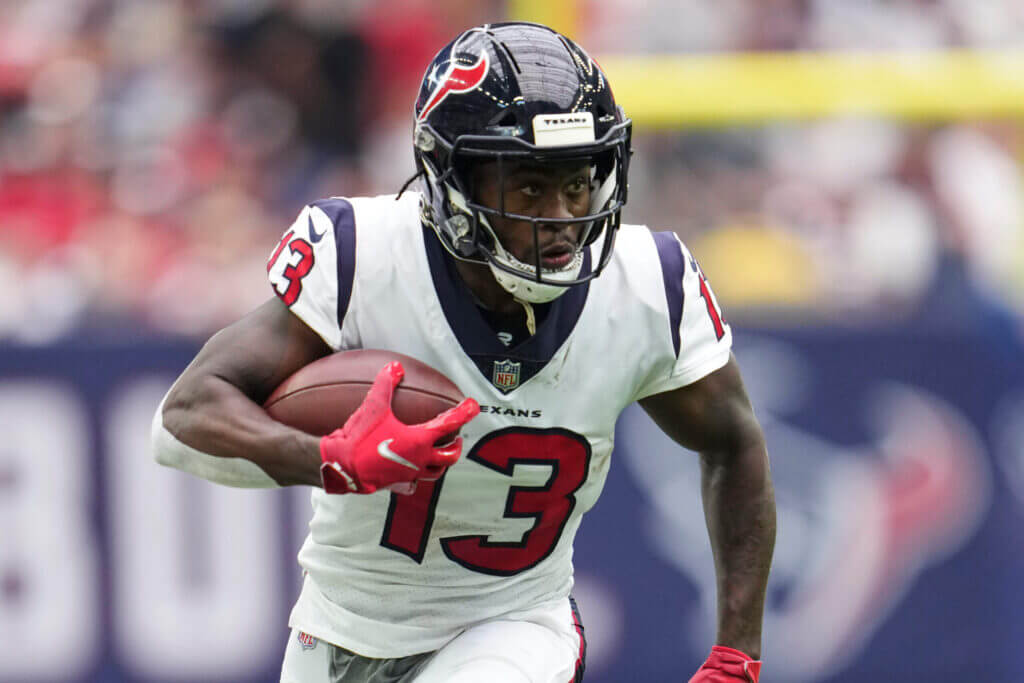 The biggest name is already off the NFL trade market, with the 49ers landing running back Christian McCaffrey last week. And the Philadelphia Eagles and Kansas City Chiefs each made splashes this week, with Philadelphia adding Bears pass-rusher Robert Quinn to an already impressive defense, and the Chiefs acquiring the electric Kadarius Toney from the Giants.

But plenty of intrigue remains as Tuesday’s 4 pm ET deadline draws near.

A number of anticipated contenders have faltered during the initial stretch of the season. These teams might look to the trade market to help themselves get back on track.

So, as we wait to see how things unfold, we’re kicking around ideas on deals that may or may not happen — but, in our opinion, should.

The Athletic‘s Jeff Howe and Mike Jones came up with three proposals apiece. One writer details why each deal makes sense, and the other explains why it might not.

Jones’ why: Aaron Rodgers and the Packers desperately miss Davante Adams, and there’s no one on the trade market who can fully fill those shoes. But right now, Rodgers badly needs a veteran wide receiver who understands the concepts of the offense and where he is expected to be at all times. Cooks — stranded in Houston, where the Texans will likely vie for the top pick of the draft — can help. He played in the same offense for Packers coach Matt LaFleur’s good buddy Sean McVay while a member of the Rams in 2018 and 2019 (LaFleur served as the Rams’ offensive coordinator in 2017). At 29, Cooks still has plenty left in the tank while coming off back-to-back 1,000-yard seasons. In all, Cooks has topped the 1,000-yard mark in six of the last seven seasons during stops in New Orleans, New England, LA and Houston. While some wide receivers struggled to find comfort with a new team midseason, Cooks would have a good chance of making a near-instant impact.

Howe’s why not: The last time the Packers traded for a wide receiver, it involved Rodgers’ friend Randall Cobb. Part of the Packers’ offensive problems this season has been Rodgers’ lack of trust with the young receivers. So the question is whether Rodgers and Cooks can create enough immediate chemistry to make a tangible difference, with the Packers essentially in win-now mode for the final 10 games. That doesn’t mean Green Bay should wave the white flag and ignore all potential receiver acquisitions, but there should be some level of skepticism involved. 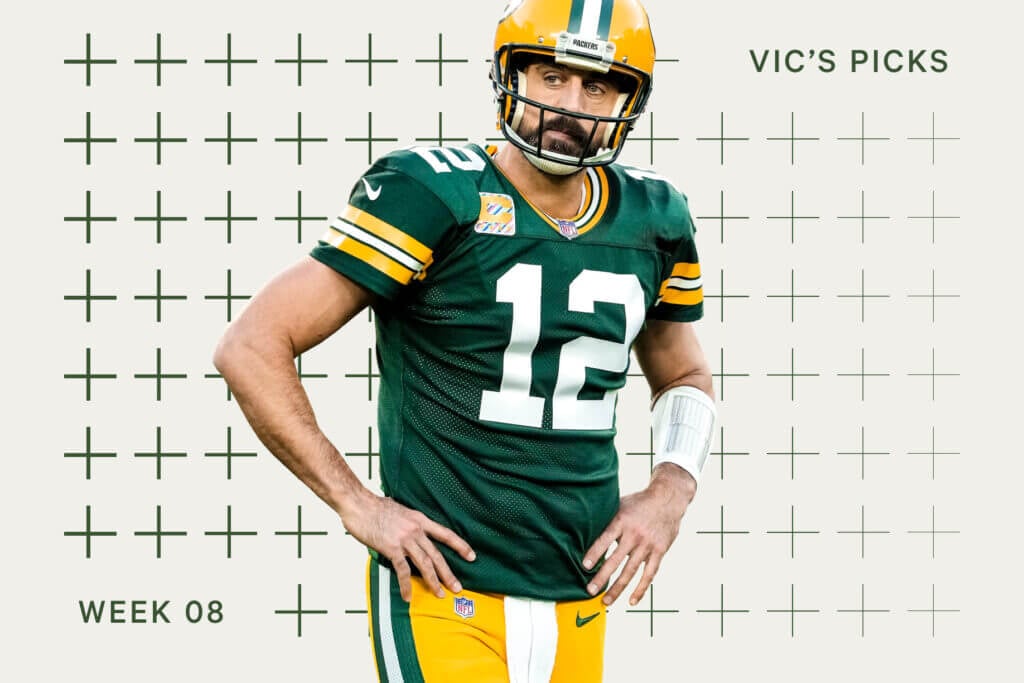 Vic’s Picks, Week 8: Aaron Rodgers has a point about the Packers

Jones’ why: The defending Super Bowl champion Rams have struggled a good deal this season, and a lot of that has to do with injuries along their offensive line. Through six games, Matthew Stafford has been sacked 22 times (third-highest total in the league), and the Rams average just 70.5 rushing yards per game (31st in the NFL). After losing left tackle Joe Noteboom to a torn Achilles tendon last week, the Rams’ sense of urgency to fortify the line ratcheted up that much more. Wynn, the 23rd pick of the 2018 draft, spent the last three seasons at left tackle for New England but fell out of favor with the coaching staff. A trade to the Rams could benefit all parties involved.

Howe’s why not: Wynn is having his worst season in New England, although it’s fair to wonder how much the move to right tackle has thrown him off. But even with that in mind, the Patriots would have to be comfortable with Marcus Cannon and Yodny Cajuste at right tackle for the final 10 games. They also have to operate under the likelihood left tackle Trent Brown will miss time, as he hasn’t made it through a full season since 2018 (one of just two times in his eight-year career that’s happened). With the Patriots’ QB situation off the rails at the moment, a move that depletes the offensive line — regardless of how Patriots fans feel about Wynn — may not be in their best interest.

Jones’ why: There’s no way the Ravens will keep pace with the Chiefs and the Bills if they don’t get Lamar Jackson some more consistent and impactful weapons. Jeudy, who has averaged 17 yards or better per catch in two of his three NFL seasons, definitely helps fill this need. Jeudy has been mentioned as a potential target for Green Bay, but the Packers brass and Rodgers may prefer a veteran. The Giants and Rams also have been mentioned as potential destinations for Jeudy, but Baltimore and Jackson need someone like him in the worst way. 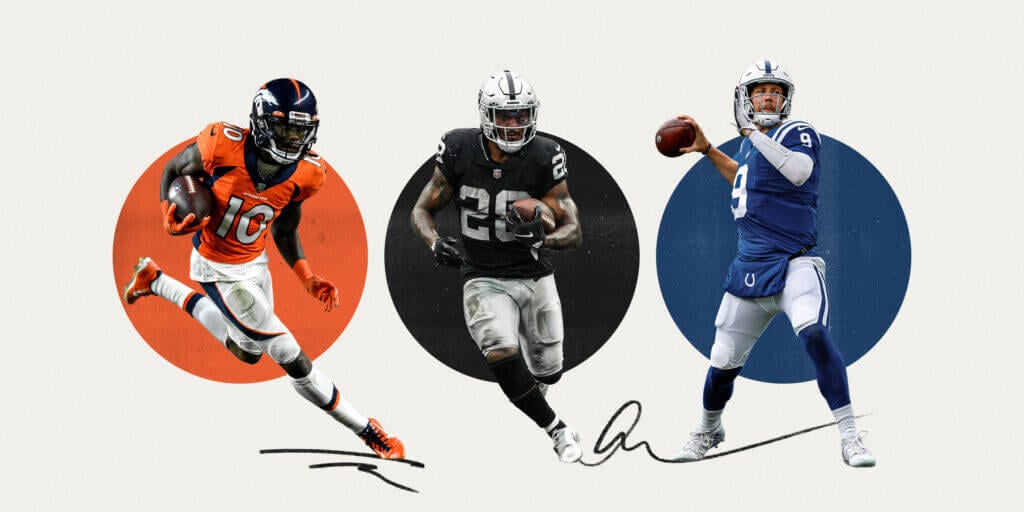 Howe’s why not: I’m all in on this one. I can’t even give a “why not.” The Ravens’ offense has a heavy emphasis on game-breaking plays, either with Jackson or the athletic skill players, and Jeudy would add to that. It could also be a nice negotiating tactic for general manager Eric DeCosta to show Jackson they’ll make moves to improve the offensive talent around him. Jeudy hasn’t taken off in Denver, but who really has since he got there in 2020? He has made a handful of plays that validated the talent the football world saw from him at Alabama, and he’d have a terrific chance to resurrect that potential in Baltimore. 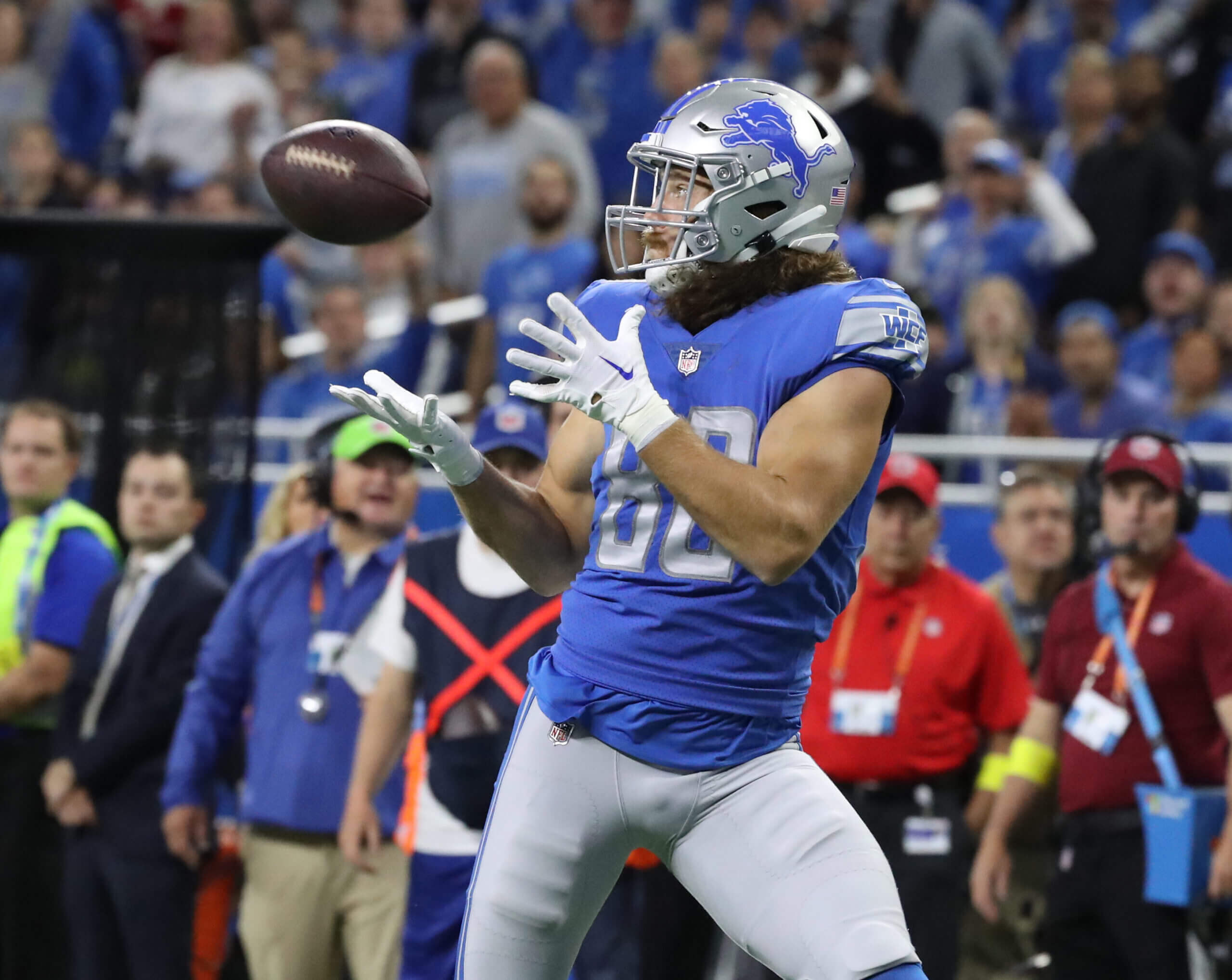 How’s why: OK, so there’s no reason to believe Hockenson is on the trade block, but this would be a tough offer for the Lions to ignore. They already have the inside track on a top-five pick with their own draft selection, which should be used on a quarterback, and another first-rounder from the Rams. Throw in a third opening-round pick, and the Lions would control the draft board. Maybe they’d even get lucky enough to get a quarterback and — possibly through another trade — Alabama pass rusher Will Anderson to pair up with Aidan Hutchinson. For the Bucs, their offensive issues can’t be traced to a singular spot, but the lack of a star-caliber tight end certainly hasn’t helped. Hockenson is under contract through his fifth-year option in 2023, so that’s important, too. Aside from getting their offense going as soon as possible, the Bucs also have to be thinking about Tom Brady’s future. Brady, an impending free agent who can’t be tagged, could simply choose to retire, or maybe he’ll be concerned that the offense can’t be fixed in its current state and look to play elsewhere. It’s conceivable the addition of Hockenson could play a part in swaying that decision.

Jones’ why not: That’s a steep price, and considering that they may have to use a first-rounder on a quarterback next season, I don’t see the Bucs forking over that much. Yes, a tight end of Hockenson’s caliber would help. But not at that price.

How’s why: The Cowboys boast the league’s most tenacious defense, and Chubb might be the most dangerous defender on the trade block. Dallas will remain as dangerous as Micah Parsons allows them to be, but the addition of Chubb would create yet another headache for opposing offenses. Defensive coordinator Dan Quinn could build the pass rush around DeMarcus Lawrence, Dorance Armstrong and Chubb, then give Parsons even more freedom to move around. As for the Broncos, Chubb is still worth building around, but their defense will remain solid regardless and they need to recoup draft assets after the Russell Wilson trade. If they don’t believe Chubb will sign an extension after the season — or if they believe he’ll exceed their budget — it makes sense to move him now. 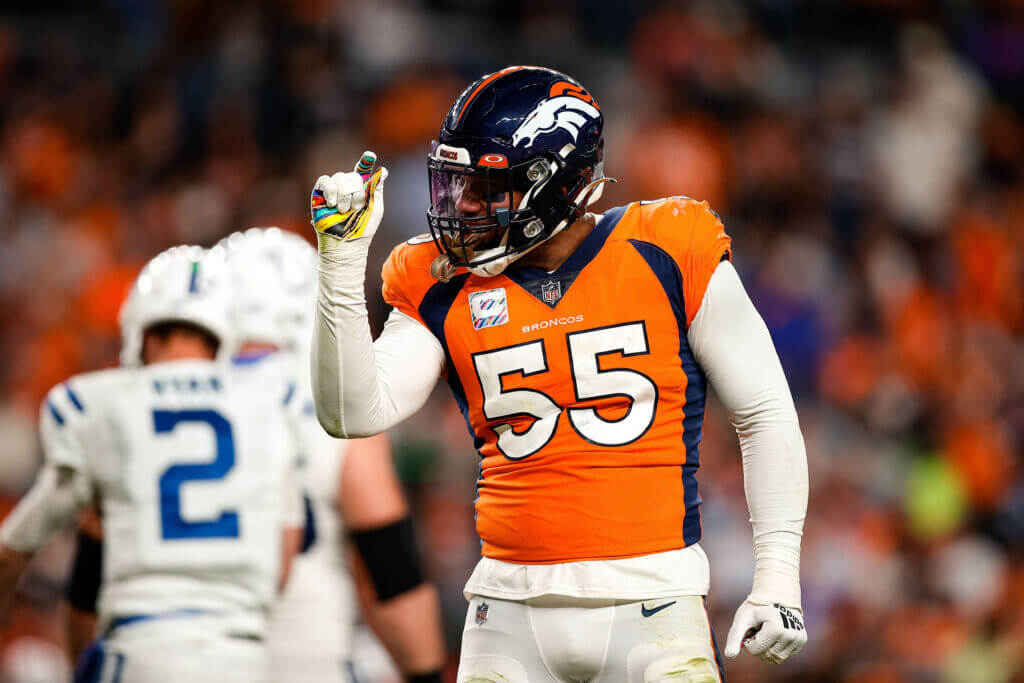 Broncos players on Bradley Chubb trade talk: ‘Hope he’s with us for a long time’

Jones’ why not: Man, an already beastly Cowboys defense gets even more dangerous, huh? I like it, but there could be even more desperate teams in pursuit of Chubb. one? The Rams, who still badly miss Von Miller and would like to add a pass-rusher at the deadline. They don’t have a first-round pick to dangle, but they do have a second- and a third-rounder in 2023.

How’s why: We had to search through some old storage closets to find some of the Rams’ spare draft picks, and they do have additional late-round assets due to prior trades. Granted, they might never draft again, but Southern California is a beautiful place to explore in late April anyway. Back on track, no, it’s not realistic to believe the Rams will overhaul their entire offensive line in the middle of the season, but this option exists if they’re willing to go the extremely unconventional route. Their line has let them down during their 3-3 start, and it’s an area that hasn’t gotten enough attention in recent drafts, so they can borrow from future drafts to get themselves heading in a better direction. The Athletic‘s beat reporters stockpiled a list of trade candidates last week, and they coincidentally included two tackles, two guards and a center. It all fell into place.

Jones’ why not: Hold up! You just pooh-poohed my Wynn to the Rams idea, so I’m saying absolutely not. Your deal doesn’t work! Haha, in all seriousness, I like the aggressive mindset in completely overhauling the entire offensive line, but I don’t see this happening. I think the Rams would like to address both sides of the ball, and they have only a limited number of draft picks to acquire talent. So, one offensive lineman, yes. And then a pass-rusher, which may require multiple picks to secure.