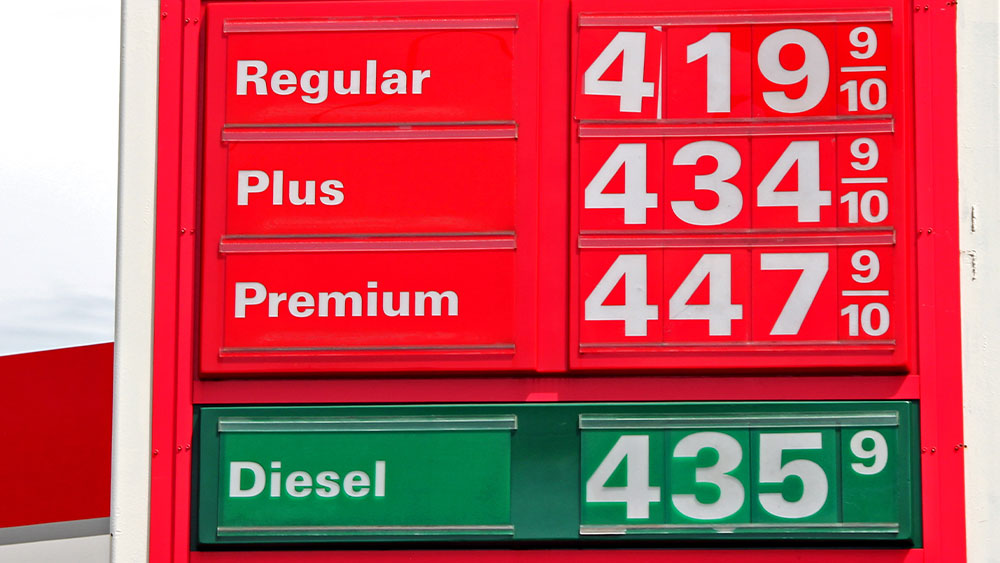 Dow Jones futures were little changed overnight, along with S&P 500 futures and Nasdaq futures, after a tough day for the S&P 500 and stock market rally. All eyes will turn to the October CPI inflation report.

Bitcoin plunged to fresh two-year lows as Binance, the world’s largest cryptocurrency exchange, said Wednesday afternoon that it would not buy rival FTX.

CPRX stock rose solidly in after-hours action as Catalyst Pharma beat EPS and revenue views. The biotech also implied Q4 sales in line with consensus. Catalyst stock fell 5.35% on Wednesday, back to around an early entry.

The October consumer price index will be released at 8:30 am ET on Thursday. Economists expect the CPI inflation report to show prices rose 0.7% vs September. Core CPI, which excludes food and energy, should climb 0.5%.

The annual CPI inflation rate should dip to 8% from September’s 8.2%. Core inflation is seen holding steady at 6.6%.

The Federal Reserve wants to see clear-and-convincing evidence of inflation slowing before ending rate hikes. Markets are slightly leaning toward a 50-basis-point Fed rate hike in December, but there’s still a strong chance of a fifth straight 75-basis point move. The November employment data and CPI report will be released before the December Fed meeting and announcement.

The stock market rally opened Wednesday mixed but then lost ground, especially in the afternoon, closing at session lows.

The dollar had a strong session, following a big decline over three days.

US crude oil prices slumped 3.5% to $85.83 a barrel. Weekly US crude inventories rose the most in a month. Meanwhile, China lockdowns raised concerns about crude demand there. US natural gas futures retreated 4.5%.

Bitcoin plunged again as Tuesday’s Binance tentative deal to buy FTX fell apart, with Binance walking away after looking at its rival’s books. “Our hope was to be able to support FTX’s customers to provide liquidity, but the issues are beyond our control or ability to help,” Binance said in a statement Wednesday afternoon.

FTX, which earlier this year appeared to be a potential savior to ailing crypto firms, is now in danger of collapse.

Bitcoin plunged to as low as $15,554.48, the worst in two years. The pioneer cryptocurrency broke below $20,000 just on Monday. Other major cryptos such as Ethereum also continue to sell off, along with crypto-related stocks.

Tesla stock plunged 7.2% to 177.59, undercutting 2021 lows. Late Tuesday, Elon Musk disclosed he sold nearly $4 billion worth of TSLA stock on Nov. 4, 7 and 8, possibly to help fund his Twitter takeover. The disclosure could lift an overhang over TSLA stock, although Musk has not yet said he’s finished with his latest batch of share sales.

Elon Musk’s Twitter takeover has had a broader impact. It’s taking up a lot of his time and there are concerns that his Twitter moves and tweets will damage the Elon Musk brand, and perhaps Tesla’s as well. On a Twitter Spaces event Wednesday, Musk talked up subscriptions and adding savings-and-payments features, but didn’t do much to win back wary advertisers.

So, Tesla could be falling along with other China-exposed stocks in the wake of stepped-up lockdowns there. Further, many US and Chinese EV stocks suffered double-digit losses on Wednesday, including Nio, Lucid and RIVN stock.

TSLA stock remained active overnight. Late Wednesday, President Biden, responding to a question of whether Musk is a national security risk, said, “It’s worthy of being looked at,” adding that there are a “lot of ways” of doing that.

Meta Platforms will cut 11,000 jobs, or 13% of its workforce. The Facebook parent also will curb infrastructure spending as investors balked at massive metaverse costs. META stock popped 5.2%, but the spending curbs hit Arista Networks (ANET), Nvidia (NVDA) and other suppliers benefiting from the metaverse splurge.

Apple stock fell 3.3% to 134.87. While the iPhone maker hasn’t undercut its October intraday lows or its June 16 bear-market bottom, AAPL stock did close at its worst level since June 17. Earlier this week, Apple warned that China Covid restrictions will hurt iPhone 14 Pro production.

Amazon stock gave up 4.3%, falling to the lowest point since March 2020. MSFT stock fell 1.9%. Google stock retreated 1.8%. But both are still up slightly for the week.

Just when the stock market rally appeared to be regaining momentum, selling returned Wednesday. The Dow Jones retreated to just below its 200-day line. The S&P 500 fell back below its 50-day moving average. The Russell 2000 also broke below the 50-day line.

The laggard Nasdaq retreated after hitting resistance at the 21-day line on Tuesday.

Treasury yields rose, but not much. The dollar rebounded, but is in a recent downtrend. Still uncertain election results, suggesting less of a GOP wave than expected, may have played a role. Bitcoin’s plunge, China lockdowns and often-negative earnings reactions all contributed.

Ultimately, the market rally has been under pressure for the past week. The S&P 500 being above the 50-day line is a minimum level for market strength. The Nasdaq moving above that key level would be an even-stronger signal.

The October CPI report could set the tone on Fed rate hike expectations, and perhaps the market direction, for at least a few weeks.

The market rally is rangebound, though with the Dow near recent highs and the Nasdaq near bear-market lows. A volatile, sideways market is extremely dangerous for investors.

A strong bull market generally lifts all boats. A bear market sinks them, driving everyone to dry ground. But choppy market waters will do just enough to tempt investors with mini-runs for the indexes and strong gains for individual stocks. But after buying near the short-term top, investors are caught in the undertow as stocks tumble back. This can go on and on, with investors taking a bunch of small losses or some very big ones.

It’s OK to do some test buys and hold positions if they’re working, though you might consider taking at least partial profits quickly in this environment. But investors should wait for the market rally to show sustained strength before having substantial exposure.

But it’s important to stay engaged. Investors should have a game plan and execute if the market or individual holdings break lower or higher. Get your watchlists up to date so you’ll be ready to take advantage of the next true bull market rally.

The 200-Day Average: The Last Line Of Support?