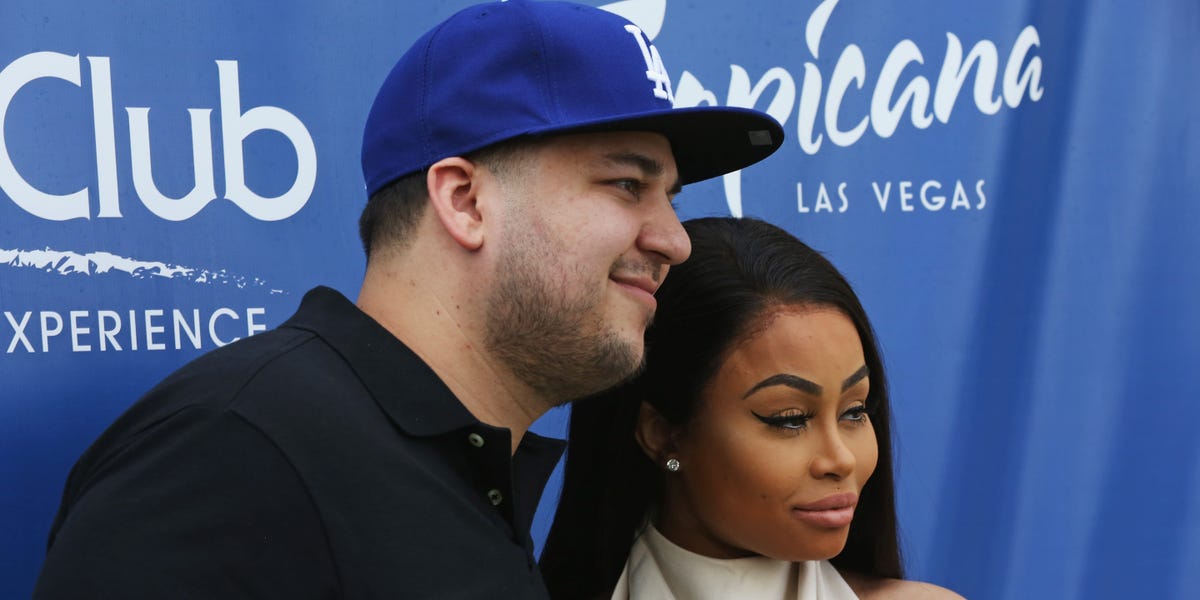 Rob Kardashian took the stand in a Los Angeles courtroom on Wednesday, sitting across from his former fiancée Blac Chyna as he told jurors that she held a gun to his head multiple times during a 2016 domestic incident.

Dressed in a black shirt and gripping a water bottle, the male Kardashian sat for cross-examination, following in the footsteps of his famous sisters, who tested in the high-profile case earlier this week.

Chyna, whose legal name is Angela White, is seeking $100 million in damages from Kris Jenner, Kim Kardashian, Khloe Kardashian, and Kylie Jenner. She alleges they unfairly trash-talked her to E! executives five years ago following her split with Rob Kardashian, leading to the cancellation of her “Keeping Up With The Kardashians” spinoff series, “Rob & Chyna.” The Kardashian-Jenners deny these allegations.

When asked about his current relationship with Chyna, Kardashian told the court plainly, “I have a child with her.” Throughout his testimony, he repeatedly referred to Chyna as “the mother of my child,” or “your client.”

Lynne Ciani, an attorney for Chyna, questioned Kardashian about the early days of his and Chyna’s relationship, which began in late 2015. The couple quickly became engaged and soon after welcomed the birth of their daughter, Dream. The tumultuous relationship between the two was over by the end of 2016, following an alleged domestic incident that has taken center stage during the first week-and-a-half of the trial.

Rob says there was ‘no real love’

Kardashian told the court that his and Chyna’s troubles began when they announced they were expecting a baby. Kardashian’s family planned a baby shower, but Chyna was not invited, so he chose not to attend either.

“She got upset and so I sided with her over my family and we had a separate baby shower with her friends,” he said.

“There were a hundred different times before that that she was disrespectful to my family,” Kardashian added.

Kardashian told the jury that he met Chyna “probably at the worst point in my life,” after he left the hospital for

“There was no real love,” he said. “The engagement and the photos were all for her to pitch a show the next day.”

Cianni eventually questioned Kardashian about the domestic dispute between the pair on December 15, 2016, which took place in a Hidden Hills home belonging to Kardashian’s younger half-sister, Kylie Jenner, in which the couple had been living at the time.

That night started off “humorous and playful,” Kardashian said, with the couple throwing money at each other as seen in Snapchat videos shown in court. Kardashian said after a cocaine and alcohol-fueled night, Chyna began physically attacking him in an assault that lasted through the night and into the next day.

He claimed Chyna attacked him with a 6-foot-long metal rod and damaged almost every room in the house. Kardashian also accused Chyna of pointing an unloaded gun at his head on two occasions and hitting him multiple times.

“I would say there were five domestic incidents that night,” he said. “It’s not a joke to point a gun at someone’s head. She tried to kill me.”

Last week, Chyna tested that the physical confrontation was the pair “just being silly” and celebrating the renewal of “Rob & Chyna,” but that the mood turned when Kardashian stole her phone, which she said was a symptom of his jealousy that was present throughout the relationship.

Kris Jenner’s partner, Corey Gamble, told the court on Tuesday that he witnessed Chyna violently beat Kardashian during the fight and saw her screaming at Kardashian with a rod in her hand.

“I had a gun pointed to my head several times by this woman,” Kardashian said Wednesday. “That’s not real love. That’s not how my dad raised me.”

Kardashian told the court that there was “no happiness” between the two. Still, he said, he had a “big heart” even in the aftermath of the physical altercation.

“I never ratted her out. I drove from California to Texas to bail her out of jail for bringing ecstasy on an airplane, I didn’t want her to deal with the paparazzi.”

A separate but related case involving nude photos Kardashian posted of his ex-fiancé following their breakup in early 2017 is currently being litigated.