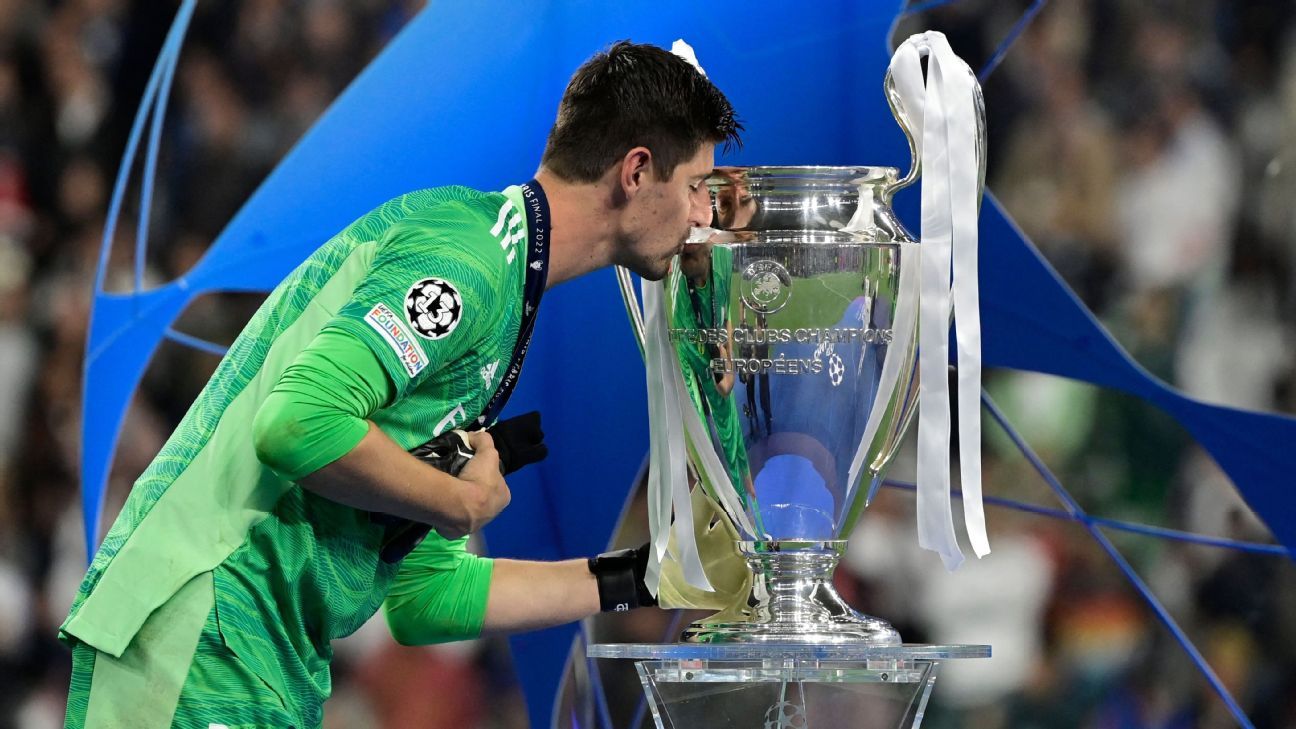 Real Madrid defeated Liverpool 1-0 to win the UEFA Champions League, the 14th European title for the Spanish club. Here are the main talking points from the end of the match.

But while Vinicius’ goal was the decisive moment, Real owed their victory to goalkeeper Thibaut Courtois, who made a succession of crucial saves throughout the game. The former Chelsea keeper kept out efforts from Mohamed Salah and Sadio Mane during the early stages, pushing a Mane shot onto the post as Liverpool attempted to capitalize on a bright start to the game. Courtois continued his heroic performance in the second half, before and after his team’s breakthrough goal, to seal a compelling case for the man of the match award.

By winning this game, Real avenged their 1981 European Cup final defeat against Liverpool in the French capital and also stretched their incredible winning record in the competition. Real’s 14 European Cups is now twice as many as AC Milan, which stand second in the rankings with seven titles. Liverpool remain on six having last won the competition in 2019. And Ancelotti now moves ahead of Liverpool’s Bob Paisley and Real’s Zinedine Zidane as the most successful coach by winning it a fourth time. The Italian won two with AC Milan, in 2003 and 2007, before adding another two with Real in 2014 and now 2022.

The decisive head-to-head in this game was always going to be the battle between Liverpool right-back Trent Alexander-Arnold and Real’s Vinicius. Last season, the Brazil international came out on top against the England defender during a quarterfinal tie and he emerged as the winner again Saturday by scoring the winning goal.

Alexander-Arnold’s defensive shortcomings are the main reason why he is no longer Gareth Southgate’s first-choice right-back with England, but Liverpool boss Jurgen Klopp remains fiercely loyal to his player because of the attacking qualities he brings to the team. Only Salah provided more assists in the Premier League this season than Alexander-Arnold and his athleticism down the right makes him a fearsome opponent for the vast majority of the teams he faces. But when he comes up against a winger of Vinicius’ pace and finishing ability, Alexander-Arnold’s determination to push forward can become a major weakness.

At the Stade de France, the two players shared a finely poised battle until the moment that changed the game. When Federico Valverde crossed into the penalty area, he found Vinicius unmarked at the far post. And he was unmarked because Alexander-Arnold lost his man at the key moment, allowing the 21-year-old to find the space to claim the cross and score past Alisson.

Alexander-Arnold lost Vinicius again moments later, allowing him free on the halfway line, but on this occasion the real man didn’t take advantage. In the big moment, though, Vinicius delivered.

Just two weeks ago, Liverpool were on course to make history by winning an unprecedented four pieces of silverware with the Champions League, Premier League, FA Cup and Carabao Cup. Now, the quadruple has now ended up a domestic double, with Klopp’s team falling short in the big two competitions.

Manchester City’s dramatic late fight-back against Aston Villa last Sunday, when they overturned a 2-0 deficit in the final 15 minutes to win 3-2, Liverpool denied the title on the final day of the league season. And the result Saturday left Liverpool without their seventh European Cup. So how can we judge a season that promised so much, yet ultimately ended with disappointment?

Any team that wins two major trophies would usually be satisfied with their haul, but to go so close in the biggest competitions but finish empty-handed ensures that disappointment at Anfield is inevitable. But it was a huge achievement nonetheless to go so close to doing something that no other club has ever come close to pulling off. When Manchester United won the treble in 1999, it seemed the ultimate high watermark, but Liverpool came within two games of beating that achievement.

They missed out this time, but with Liverpool and City becoming stronger every season, it seems only a matter of time before one of them does the Quadruple.