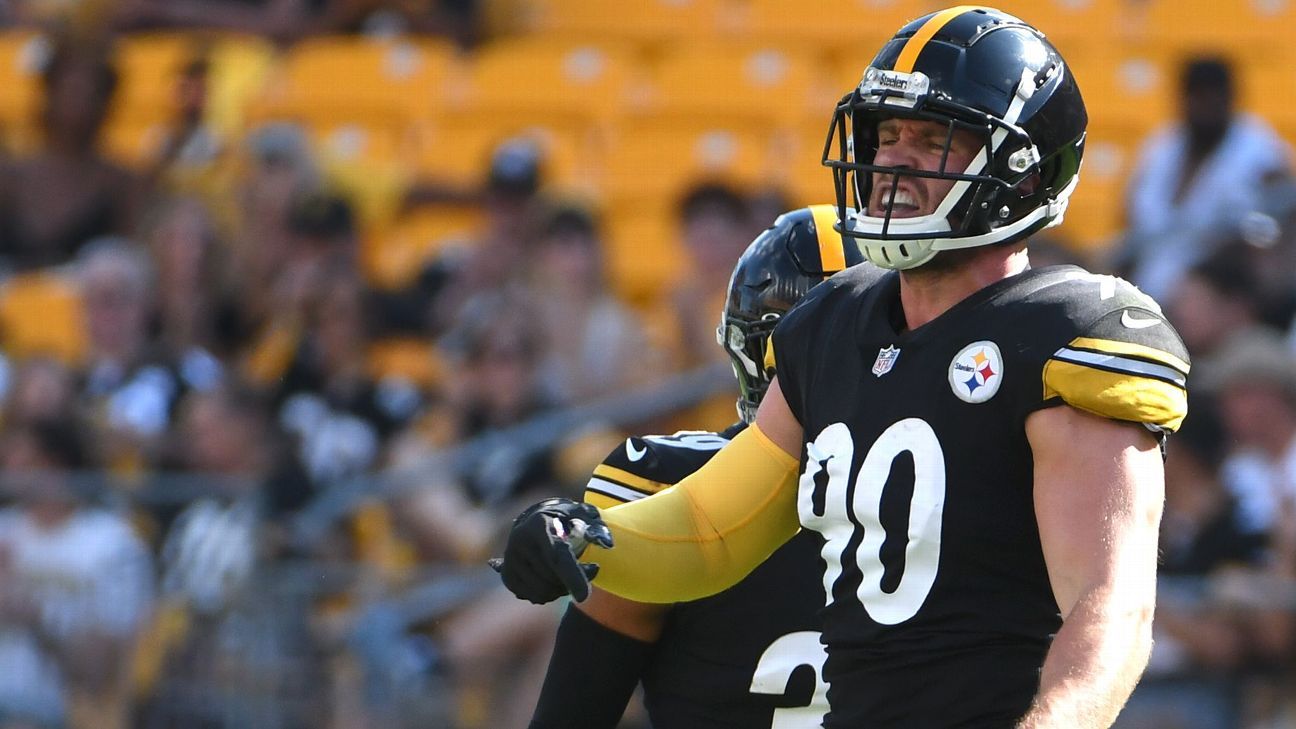 Watt is scheduled to undergo scans Monday to confirm the diagnosis, the source said.

The Steelers didn’t provide any additional details postgame, with coach Mike Tomlin only saying that Watt was being evaluated for an upper-body injury.

Both Watt and running back Najee Harris (foot) exited with injuries in the fourth quarter and were ruled out.

Harris suffered a foot injury as the Steelers attempted to run out the clock, and he limped off the field. He was dealing with a Lisfranc sprain in his foot during training camp, but he said earlier this week he was healthy.

Watt came off the field a couple of plays later with his injury and went straight to the locker room.

“Having TJ out there definitely benefits us. He’s a leader. He’s the Defensive Player of the Year,” teammate Cameron Heyward said. “However long it takes, other guys gotta step up. Alex (Highsmith) stepped up pretty good today. Malik (Reed) and Jamir (Jones) are coming along. We had to do some different stuff out there, but we rally around him . And when he gets back, we’ll be ready.”

After the game, Harris was spotted wearing a protective boot as he left the locker room. Beyond the second-year player, the Steelers have a relatively thin and inexperienced running back room. Rookie undrafted free agent Jaylen Warren took the bulk of the snaps when Harris went down, and 2019 fourth-round pick Benny Snell is also an option. He had only 36 carries last season for 98 yards, but the Kentucky product started in place of James Conner five times in 2019 and 2020.

The Steelers also have 2020 fourth-round pick Anthony McFarland on the practice squad.

The positional depth behind Watt is also thin.

Highsmith started every game at right outside linebacker opposite of Watt last season. The Steelers added Reed via trade with the Denver Broncos earlier this month. He started 13 games for the Broncos in each of the past two seasons. The team also picked up Jones on waivers, bringing him back to Pittsburgh after he saw action in three games with the Steelers last season.

“Praying that everything’s going to be all right,” Highsmith said of Watt. “I know a guy like him, that’s gonna hurt him that he’s not out there because he loves football so much. We’re just going to rally around him. We’ve got the guys to just be able to step in and deliver if he’s not able to go.”