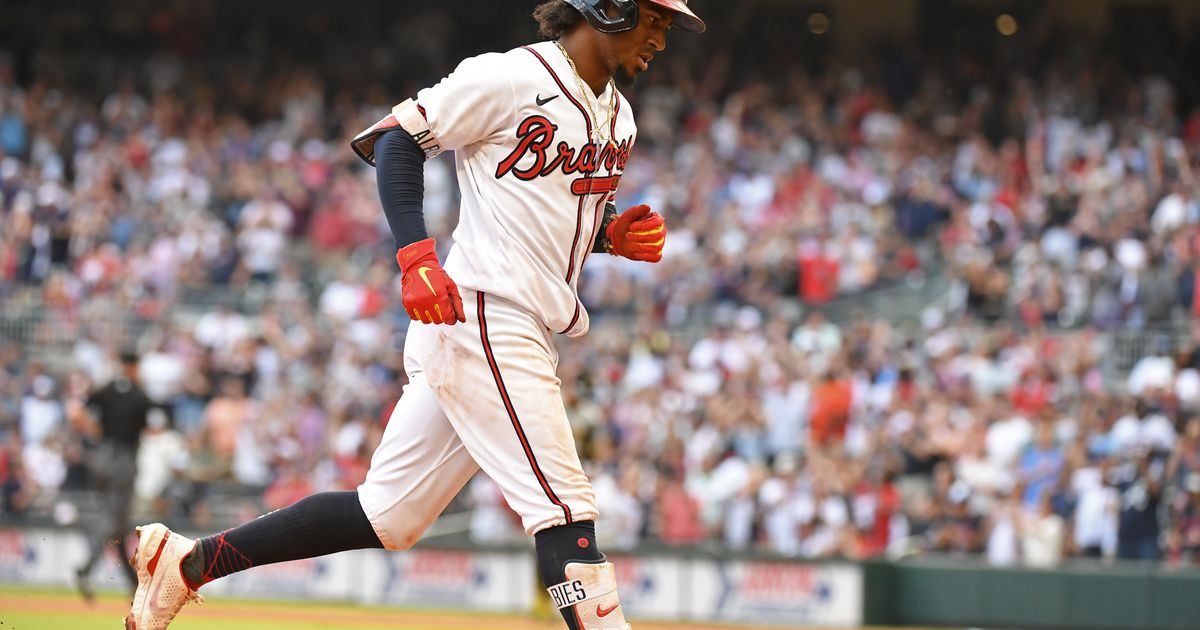 Eventually, Albies will be around the team again as he heals.

“It’ll be good,” Snitker said. “The guys can see him and just having him when he’s around. It’ll be just good to see him every day in his healing process. He’s a kid you want around all the time. He’s a big part of what we do here, what we’ve accomplished over the years. He’s a very special person to all of us.”

During Monday’s game, Albies awkwardly fell to the ground after a weird swing. He limped back to the dugout.

His X-rays, taken that night, revealed the foot fracture. But the Braves, as of early Tuesday afternoon, were still figuring out whether Albies would need surgery.

The Braves have won 13 games in a row, which is the longest win streak in the majors this season. Last year, they lost Ronald Acuña and still went on a run that ended with a World Series.

They have the depth and the pieces to overcome the loss of Albies. However, he’s still a crucial part of their lineup.

Arcia usually is the one cheering on his teammates. Now they’ll root for him.

“It’s good, because everybody kind of pulled for him, just like they pull for each other,” Snitker said. “Because he’s always at the top step, cheering loudest, pulling for his teammates. They’re in turn going to be doing that for him now that he’s getting the opportunity.”

Two on, two off for the catchers

William Contreras caught the final two games versus the Pirates, then Travis d’Arnaud caught the first two contests in Washington.

Contreras was Wednesday’s starting catcher. D’Arnaud will get two days off and will catch Friday.

Snitker said he didn’t want to back himself into a corner by saying the Braves would certainly continue to give each catcher consecutive days behind the plate, but he seemed to like the idea.

At a position where not a tone of offensive production is expected, d’Arnaud and Contreras have combined for 17 home runs and 45 RBIs.

“I think if we do this, we can probably continue with that offensive production because hopefully they don’t get worn down,” Snitker said.

Plus, d’Arnaud is 33 years old. Contreras, on the other hand, hardly gets tired and probably doesn’t need much sleep, Snitker joked.

“Honestly, (d’Arnaud) doesn’t need to play any more than two days in a row right now, at this point in this career,”

The Braves, Snitker said, hope relief pitcher Collin McHugh joins them in Chicago. Snitker didn’t seem to know whether McHugh would be ready to pitch in Friday’s series opener versus the Cubs.