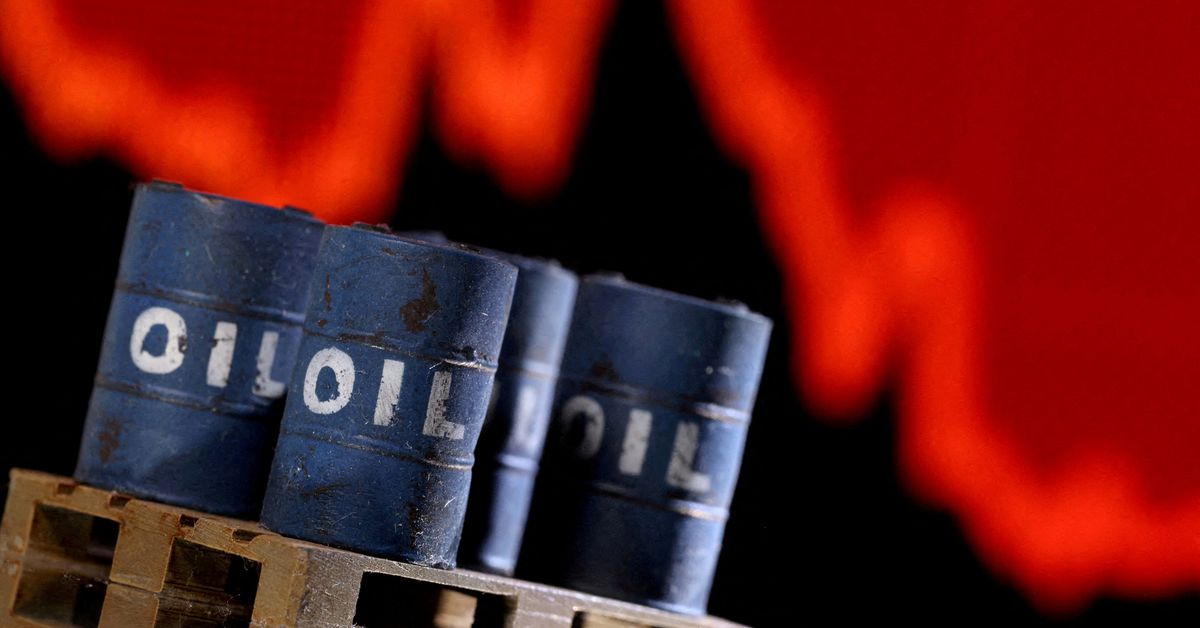 NEW YORK, Oct 10 (Reuters) – The decision by the Organization of the Petroleum Exporting Countries and allies last week to cut oil production has spurred a flurry of activity in the options market – but with more US bettors opting for a bearish stance, data from CME Group showed.

OPEC+, as the group is known, decided on Wednesday to cut its target by 2 million barrels per day (bpd), including voluntary production curbs by Saudi Arabia and other nations. Oil futures have risen over 7% since to five-week highs, as the move was seen as putting a floor under the market.

“I would classify the put buying as hedges,” said Bob Iaccino, chief market strategist and co-founder of Path Trading Partners. “Demand is still expected to be weak and get weaker given the overall economic picture… so it’s just massive, massive hedging in case the downside develops.”

Trading volumes for US crude futures puts and calls for November delivery gained over 40% to Wednesday, the day of the OPEC+ meeting, from Tuesday, data from CME Group showed.

Volume in puts rose to 25,615 for the US crude futures November contract on Wednesday, 10,922 more than the during the previous session, CME Group said. By contrast, there were 19,473 call options – bets on a higher price – purchased that day.

“The put-to-call skew actually moved out in favor of the put after the OPEC decision,” said Bob Yawger, director of energy futures at Mizuho in New York.

Trading spiked on Friday after the White House suggested last week it was reviewing its relationship with Saudi Arabia, and as it seeks ways to reduce OPEC’s control over energy prices.

In the futures market, crude spreads widened on Friday, with near-term contracts rising at a faster rate than later-dated contracts. That signals renewed worry about current supply, which is more of a bullish indicator.

“There is plenty of supply uncertainty going into 2023 and let’s also not forget that there is also a lot of demand uncertainty given the macro outlook,” said Warren Patterson, head of commodities research at ING.

The spread between international benchmark Brent expiring in December 2022 versus December 2023 climbed more than 12% to over $13 per barrel on Friday, highest since June, Refinitiv Eikon data showed.

A New York-based correspondent covering the US crude market and member of the energy team since 2018 covering the oil and fuel markets as well as federal policy around renewable fuels.