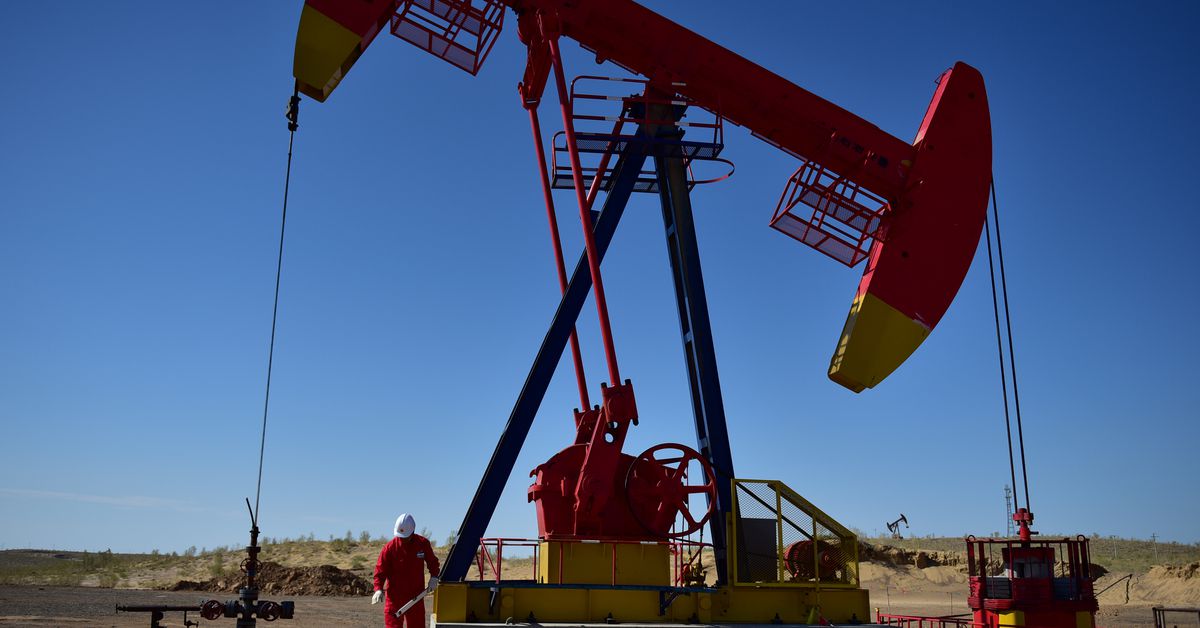 LONDON/NEW YORK, Aug 4 (Reuters) – Global oil prices dropped on Thursday to their lowest levels since before Russia’s February invasion of Ukraine as traders fretted over the possibility of an economic recession later this year that could torpedo energy demand.

The fall in oil prices could come as a relief to large consumer nations like the United States and countries in Europe that have been urging producers to ramp up output to offset tight supplies and combat raging inflation.

Oil had surged to well over $120 a barrel earlier in the year after a sudden rebound in demand from the darkest days of the COVID-19 pandemic combined with supply disruptions stemming from sanctions on major producer Russia over its invasion of Ukraine.

Thursday’s selling followed an unexpected surge in US crude inventories last week. Gasoline stocks, the proxy for demand, also showed a surprise build as demand slowed under the weight of gasoline prices near $5 a gallon, the Energy Information Administration said. read more

The demand outlook remains clouded by increasing worries about an economic slump in the United States and Europe, debt distress in emerging market economies, and a strict zero COVID-19 policy in China, the world’s largest oil importer.

“A break below $90 is now a very real possibility which is quite remarkable given how tight the market remains and how little scope there is to relieve that,” said Craig Erlam, senior market analyst at Oanda in London.

“But recession talk is getting louder and should it become reality, it will likely address some of the imbalance.”

An OPEC+ agreement on Wednesday to raise its output target by just 100,000 barrels per day (bpd) in September, equivalent to 0.1% of global demand, which was viewed by some analysts as bearish for the market. read more

OPEC heavyweights Saudi Arabia and the UAE are also ready to deliver a “significant increase” in oil output should the world face a severe supply crisis this winter, sources familiar with the thinking of the top Gulf exporters said. read more