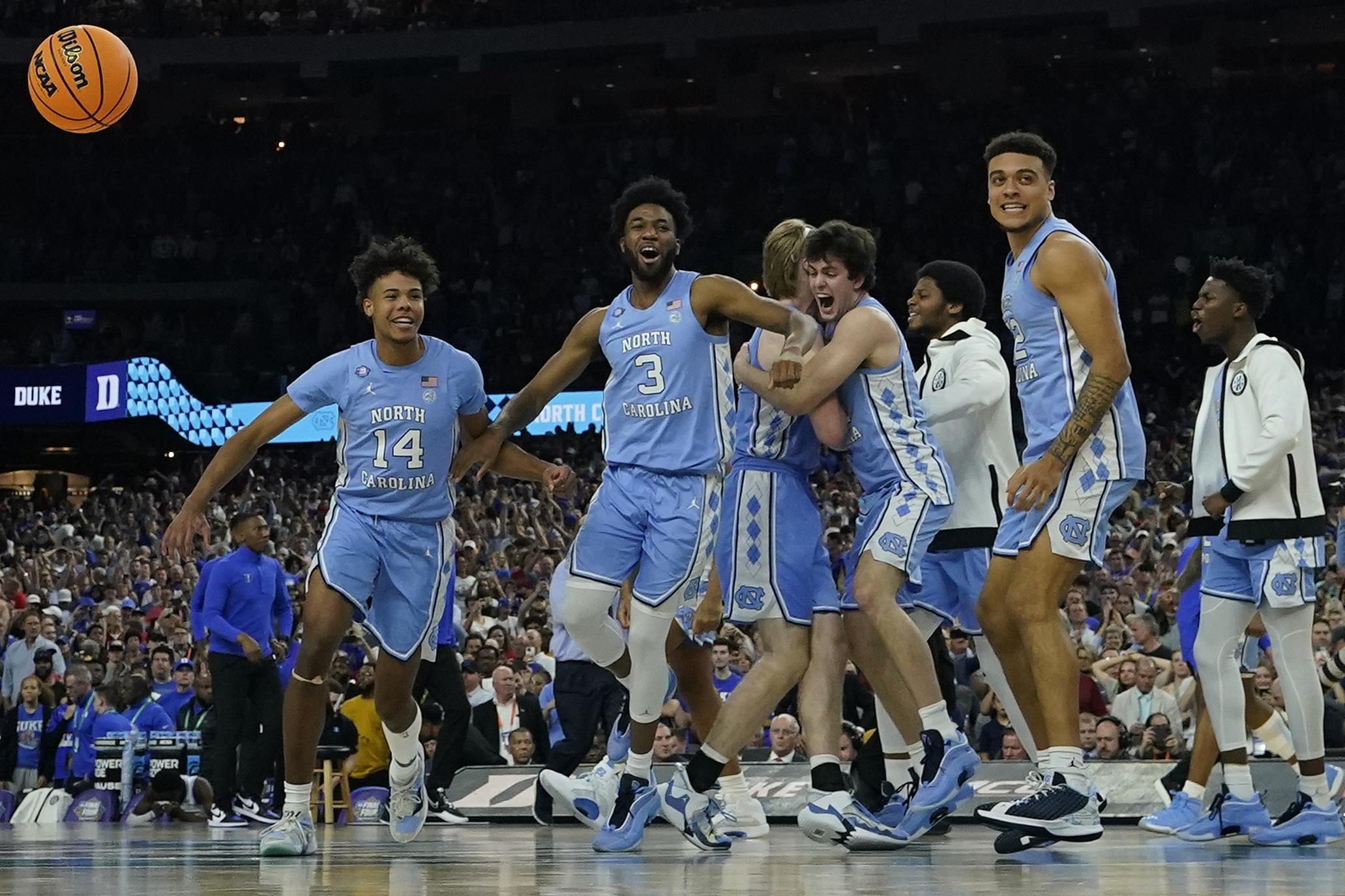 North Carolina surprised just about everyone last year when a talented team led by first-year coach Hubert Davis parlayed a No. 8 seed in the NCAA Tournament into a run to the national title game.

The Tar Heels won’t be sneaking up on anyone this year.

With four starters back from the team that lost to Kansas in New Orleans, the Tar Heels are the runaway pick as the preseason No. 1 in the AP Top 25 released monday. They earned 47 of 62 first-place votes from a national media panel to easily outdistance Gonzaga, the top preseason team the past two years.

The Bulldogs received 12 first-place votes while No. 3 Houston had one and fourth-ranked Kentucky the other two.

“As they opened up their lockers for the first practice of last year, there was a picture of the New Orleans Superdome in there. I wanted them to see where we were headed in April,” Davis recalled last week. “The hard work and preparation, the practice that had to be put into place to put ourselves in position to do that. t’s the same approach this year compared to last year. The only difference this year is the outside noise.

It is the 10th time that North Carolina has been preseason No. 1, breaking a tie with Duke for the most in the history of the AP poll. But only twice during those years did the Tar Heels reach the national championship game, and only the 1981-82 team with James Worthy and Michael Jordan ultimately cut down the nets.

“Like Coach Davis always preaches, a lot of outside noise, and we don’t really worry about any of that,” said Caleb Love, one of the four returning starters for North Carolina along with RJ Davis, Leaky Black and Armando Bacot.

“We just focus on our team,” Love said, “and we’re getting better each and every day.”

The Bulldogs will once again lean on Drew Timme to deliver coach Mark Few his elusive national title. Houston has its highest preseason ranking since 1983, when the third of the Cougars’ Phi Slama Jama teams reached its second consecutive title game. Kentucky has its best preseason rank since 2019, when the season ended amid the pandemic.

There was a tie at No. 5 between the Jayhawks, who raised their latest national title banner inside Allen Fieldhouse earlier this month, and Big 12 rival Baylor, which raised its own championship banner the previous season.

“You don’t pay a lot attention to it when you’re picked ninth,” Bluejays coach Greg McDermott said. “You go to work every day and try to get better every day. It’s important we approach it the same this year.”

the no 13 Hoosiers have their first ranking since January 2019 and highest in the preseason since 2016.

Villanova, where Kyle Neptune is taking over for Hall of Fame coach Jay Wright, is No. 16, the lowest preseason ranking for the Wildcats since 2008. They were followed by Arizona, Virginia, San Diego State and Alabama.

“When I was in school as a player, I never bought into the rankings, what the media would say about our ball club. You still got to go out and play the game,” Hoosiers coach Mike Woodson said. “Hell, my senior year we were ranked No. 1 and we didn’t get it done. So at the end of the day I guess it’s kind of nice for our players who haven’t experienced that. Again, you got to go out and play. I mean, you got to prove it on the basketball floor. That’s when it counts.”

The Big 12 and SEC lead the way with five ranked teams. The Big Ten, Pac 12 and ACC have three apiece and the Big East has two. The West Coast, Atlantic 10, Mountain West and American Athletic conferences each have one team in the poll.

Texas A&M was the first team outside the poll, followed by UConn, which appeared on 24 of 62 ballots. Miami, Purdue and Saint Louis were also eyeing a spot in the Top 25 when the first regular-season poll is released Nov. 14.

The season begins for most teams Nov. 7, but as usual, the first meeting of heavyweights will be the Champions Classic on Nov. 15 in Indianapolis: No. 4 Kentucky plays Michigan State, unranked in the preseason poll for the second year in a row, before No. 5 Kansas plays no. 7 Duke in the nightcap.