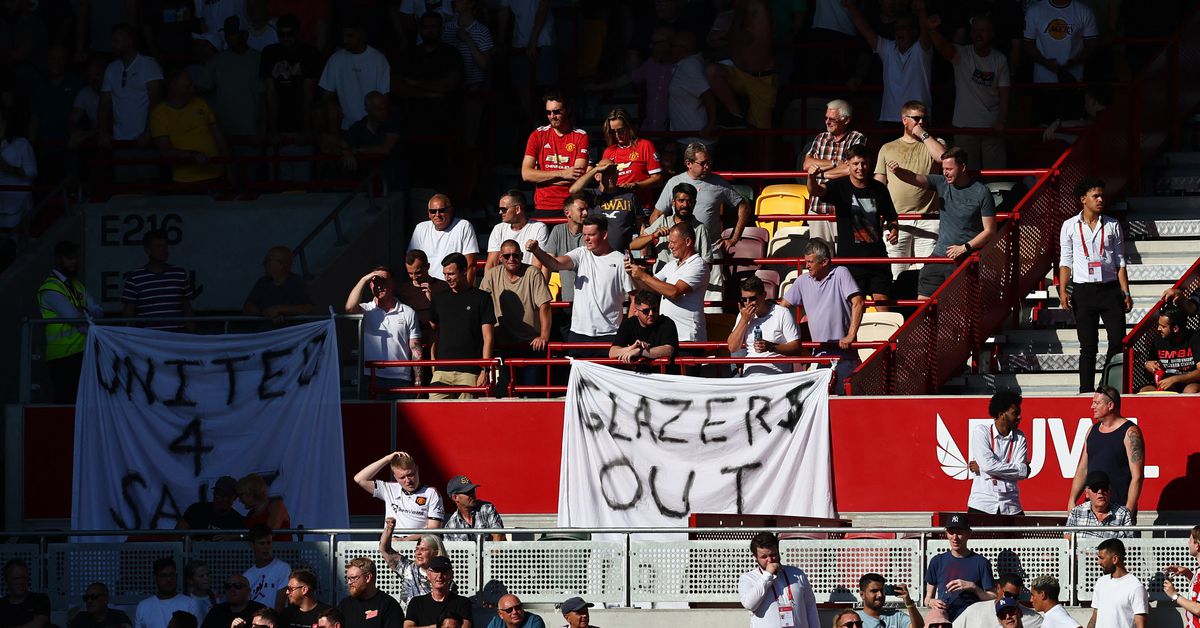 Aug 17 (Reuters) – Elon Musk, the world’s richest person, briefly lifted the gloom over Manchester United’s (MANU.N) shares and fans on Wednesday by saying he was buying the English soccer club – only to say a little later it was all part of “a long-running joke”.

One of the world’s most successful soccer clubs, the “Red Devils” are languishing at the bottom of England’s Premier League and, having seen eight coaches come and go in less than 10 years, some fans and investors are wondering whether it’s time for its owners , the American Glazer family, to sell up.

“To be clear, I support the left half of the Republican Party and the right half of the Democratic Party! Also, I’m buying Manchester United ur (sic) welcome – Elon Musk,” the 51-year-old tweeted to his 103 million followers.

Some of the club’s fans had previously urged Musk on Twitter to consider buying the club, complaining at what they see as under-investment by the Glazers. United haven’t won the English league title since the glory days of manager Alex Ferguson, claiming the last of their record 20 wins in 2013.

But then came the clarification.

“No, this is a long-running joke on Twitter. I’m not buying any sports teams,” Musk posted, when asked by a user if he was serious about buying United.

The Florida-based Glazer family did not immediately respond to requests for comment. Manchester United (MANU.N) declined to comment.

United fans were not impressed.

“It’s just a tweet from someone who not always thinking twice before writing something (sic),” The Manchester United Fanatics Club Hungary said.

The Kolkata fans club added: “It again reinstated the fact that Elon and his tweets are just gimmicks. Although it would have been great if he really invested 1/10th of what he paid for Twitter to own this legendary club … the entire fan base is sick and tired of the Glazers.”

Even so, Musk’s musings ignited trading in the company’s US listed shares ahead of the New York market open.

The club’s shares briefly jumped as much as 17% in early US pre-market trade before settling around $13.20, about 3% above Tuesday’s closing price.

The tweets are far from the first to land Musk in controversy.

The entrepreneur is currently seeking to exit a $44 billion agreement to buy Twitter only four months after announcing on the platform he would buy the social media company, which has taken him to court.

“I think that Elon Musk must first clear the Twitter headache before his jokes could be taken seriously again by the market,” said Ipek Ozkardeskaya, senior analyst at Swissquote Bank.

“For ManU, it would mean unnecessary volatility and stress in the stock price. Elon Musk, and his expertise doesn’t necessarily add value to Manchester U, unless he aims to replace players by robots.”

Musk has a history of being unconventional and posting irreverent messages, making it hard sometimes to tell when he is joking.

“Next I’m buying Coca-Cola to put the cocaine back in,” he tweeted on April 27, two days after Twitter’s board accepted his unsolicited offer to buy the company.

Referring back to that post, on Wednesday he tweeted: “And I’m not buying Coca-Cola to put the cocaine back in, despite the extreme popularity of such a move.”

Musk’s tweets about potential acquisitions have also landed him in hot water with US regulators in the past.

In 2018, he tweeted there was “funding secured” for a $72 billion deal to take Tesla private, but did not move ahead with an offer. Musk and Tesla each paid $20 million civil fines – and Musk stepped down as Tesla’s chairman – to resolve US Securities and Exchange Commission (SEC) claims he defrauded investors.

The SEC did not immediately respond to a request for comment on Musk’s latest tweets, when messages were left outside usual business hours.

Musk’s ambitions range from colonizing Mars to creating a new sustainable energy economy, and in the process he has built the most valuable car company in the world in Tesla, rocket company SpaceX, and a slew of smaller firms. One is a tunnel maker called the Boring Company.

Clamor from fans for a change of ownership at United, the three-time winners of the European Cup, the most prestigious club competition in the global game, has been intensifying.

British newspaper The Daily Mirror reported last year the Glazers, who acquired the club in 2005 for 790 million pounds ($957 million), were prepared to sell, but only if they were offered over 4 billion pounds.

The Glazers have not, however, given any indication of an interest in selling the club.

They rarely make public statements regarding their ownership of the club, but after fierce criticism for involvement in an aborted European Super League plan, Joel Glazer wrote an open letter to the club’s fans

“I want to reassure you that my family and I care deeply about Manchester United and feel a profound sense of responsibility to protect and enhance its strength for the long-term, while respecting its values ​​and traditions,” he said.

In its annual rankings this year, Forbes rated United, with its huge global fanbase, the third most valuable soccer club in the world, worth $4.6 billion, behind only Spanish giants Real Madrid and Barcelona.

But the club’s shares have slid a quarter in the past 12 months, valuing it at just over $2 billion. The stock has risen in the past month, gaining 16% to close at $12.78 on Tuesday.