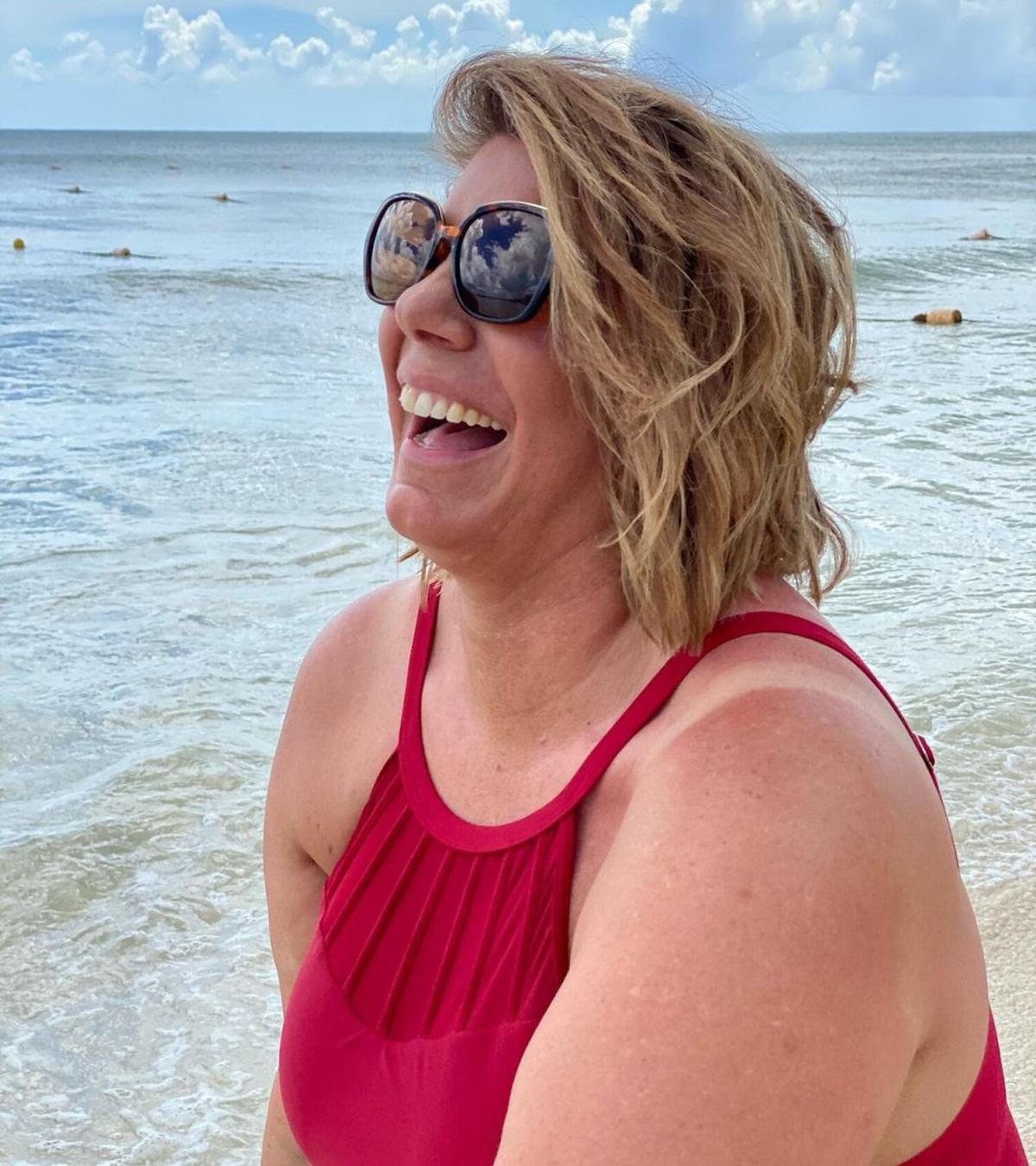 Kody Brown may have urged Meri Brown to move away from her family property, but she hasn’t let it get her down.

Hours before Sunday night’s episode of Sister Wivesin which Kody suggested Meri move into the bed and breakfast she owns, Meri shared a photo of herself living it up at the beach — with a huge smile on her face.

“Happy people do things that make them happy,” Meri, 51, captioned the smiley photo. “Thanks for listening to my TED Talk.”

RELATED: Meri Brown ‘Hurt’ After Husband Kody Suggests She Move into Bed & Breakfast: It ‘Didn’t Need to Be Said’

In the episode, as Meri struggled to accept her mother’s death, she temporarily closed her family bed and breakfast. When she questioned the future of the inn, Kody suggested she make it her full-time residence.

“Kody actually said to me the other day — he said, ‘Why don’t you just move up there?’ So I’m like, ‘Uhh, that wasn’t my intention,'” Meri said on the episode. “I told him I didn’t want to. I told him I had no intention of doing that, and he was kind of surprised. He’s like ‘Oh, really?'”

RELATED: Meri Brown Speaks Out After Sister Wives Episode Featuring Mother’s Death: ‘A One of a Kind Human’

The conversation came after years of marital estrangement between Meri and Kody, 53. “I guess I’m just still in this place with him or he’s in this place where he thinks the point of me buying this was to get away and that saddens me a lot,” she explained.

Even Kody’s “favorite” wife, Robyn Brown, seemed to be on Meri’s side. “Kody probably didn’t mean this in a bad way, but at the same time, it can be completely misunderstood to the point where it’s insensitive,” Robyn said.

“Kody does think out loud. He has a tendency to process and be creative out loud and it’s frightening sometimes…. It wasn’t something that needed to be said.”

Sister Wives showed the passing of Meri’s mother, who had been living at the inn, at the end of September.

“She was so happy living out her final years at our b&b in Utah. She was always the kind of person who would welcome people into her home with open arms and a giving heart, making them feel at home, and she continued that at the b&b,” Meri wrote on Instagram.

She continued, “I only hope to carry that spirit with me as I continue with future plans for the b&b, making everyone who enters feel welcome, loved, special, and worthy, just like my mom would have done.”

Never miss a story — sign up for PEOPLE’s free daily newsletter to stay up-to-date on the best of what PEOPLE has to offer, from juicy celebrity news to compelling human interest stories.