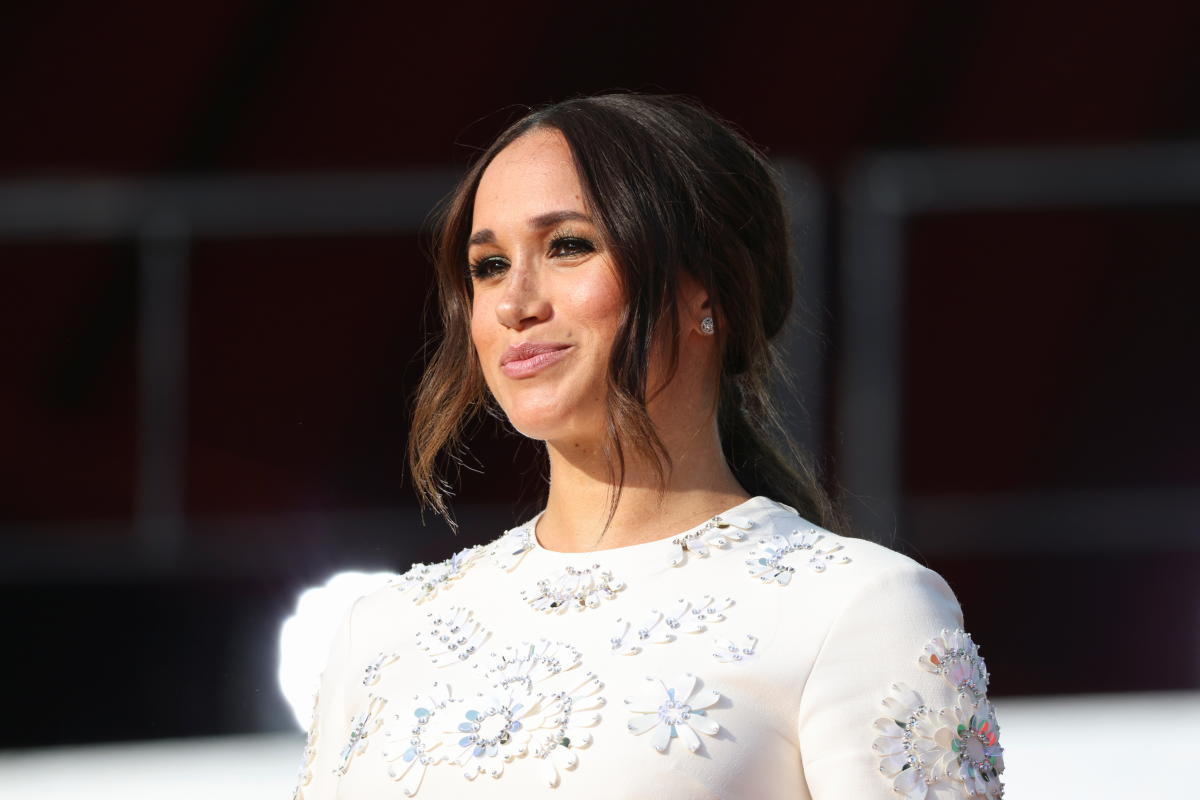 Meghan Markle opened up about her return to Hollywood, revealing in a new interview she never thought she’d be back after leaving suits in 2018 to go marry Prince Harry.

“I didn’t think I’d ever be in the entertainment industry again,” Markle explained to Variety.

The Duke and Duchess of Sussex announced they would be stepping down as senior members of the royal family in Jan. 2020. Although they eventually landed in Montecito, Calif., about two hours north of Los Angeles, the couple quickly jumped into the entertainment business . Their company Archewell inked multimillion dollar deals with Netflix — where they will create both scripted and non-scripted show — and Spotify, where Markle just launched her buzzy podcast Archetypes. But the kind of content they want to create may come as a surprise.

“So much of how my husband and I see things is through our love story. I think that’s what people around the world connected to, especially with our wedding. People love love,” Markle shared. “I’m not excluded in that sentiment. And our definition of love is really expansive: partner love, self-love, the love of community and family. We use that as the baseline of the kind of shows and documentaries we want out there .”

Markle said she and Prince Harry want to “do something fun.”

“It doesn’t always have to be so serious. Like a good rom-com. Don’t we miss them? I miss them so much. I’ve probably watched When Harry Met Sally a million times. And all the Julia Roberts rom-coms. We need to see those again,” she declared.

There’s one genre they likely won’t touch, though.

“I don’t think you’ll ever see us doing a horror film,” Markle said. the suits alum was equally as defiant when asked if she would ever go back to acting.

“No. I’m done,” Markle replied. “I guess never say never, but my intention is to absolutely not.”

Prince Harry and Markle are parents to two young children — Archie Harrison, 3, and Lilibet Diana, 1. The activist said she would be supportive if her kids eventually wanted to go into show business.

“I would say, ‘Great!’ When you become a parent, you genuinely want your kids to find the things that bring them complete joy. They’re our kids, obviously, and they’re part of a legacy and a tradition and a family that will have other expectations,” she said. “But I want them to be able to carve out their own path. If it’s the entertainment industry, great. And also, good luck. There are so many people that will talk about what opened the door for my children. But it still takes Talent and a lot of grit. We’re creating multidimensional, interesting, kind, creative people. That’s who our kids are.”

It’s only a matter of time before Markle is portrayed on-screen — in something other than a Lifetime movie. The former actress was asked if it’s “odd” to know someone will likely play her in the future. (cough… like on Netflix’s The Crown.)

“I haven’t given that much thought to be honest. It’s all weird. You have to compartmentalize. Anyone talking about me or casting an actor to play me, that will be a caricature of me that has been created for a business that makes people a lot of money. Once you can separate that out, it’s much easier to go: ‘OK. That actually has nothing to do with me.’ It genuinely doesn’t. It’s a hard lesson to come to grips with,” Markle replied.

As for the advice she’d give the actor, Markle said she hopes the person “she finds the softness and the playfulness and the laughter. The silliness. I just hope she finds the dimensions. Also, she can call me!”

Markle noted how the entertainment industry “has shifted quite a bit since I was a part of it,” but there’s one part that’s remained the same — and it has something very much in common with the monarchy.

“Going through the process you did with the monarchy and then becoming a private citizen again, are those institutions similar?” Variety asked.

“Every business has a model. I worked for NBCUniversal and the USA Network, and that was all part of a very large organization,” Markle recalled, noting how vice chairman Bonnie Hammer was her “mentor.”

“For me, it was always about being able to find your North Star within that model. Find someone who believes in you. As complex as any organization might be, there is always some thing in it that I think is positive,” Markle continued . “It’s important to focus on that. Some industries are very different, and yet, business models for a lot of things — they have a bottom line. That bottom line needs to be held, I suppose.”