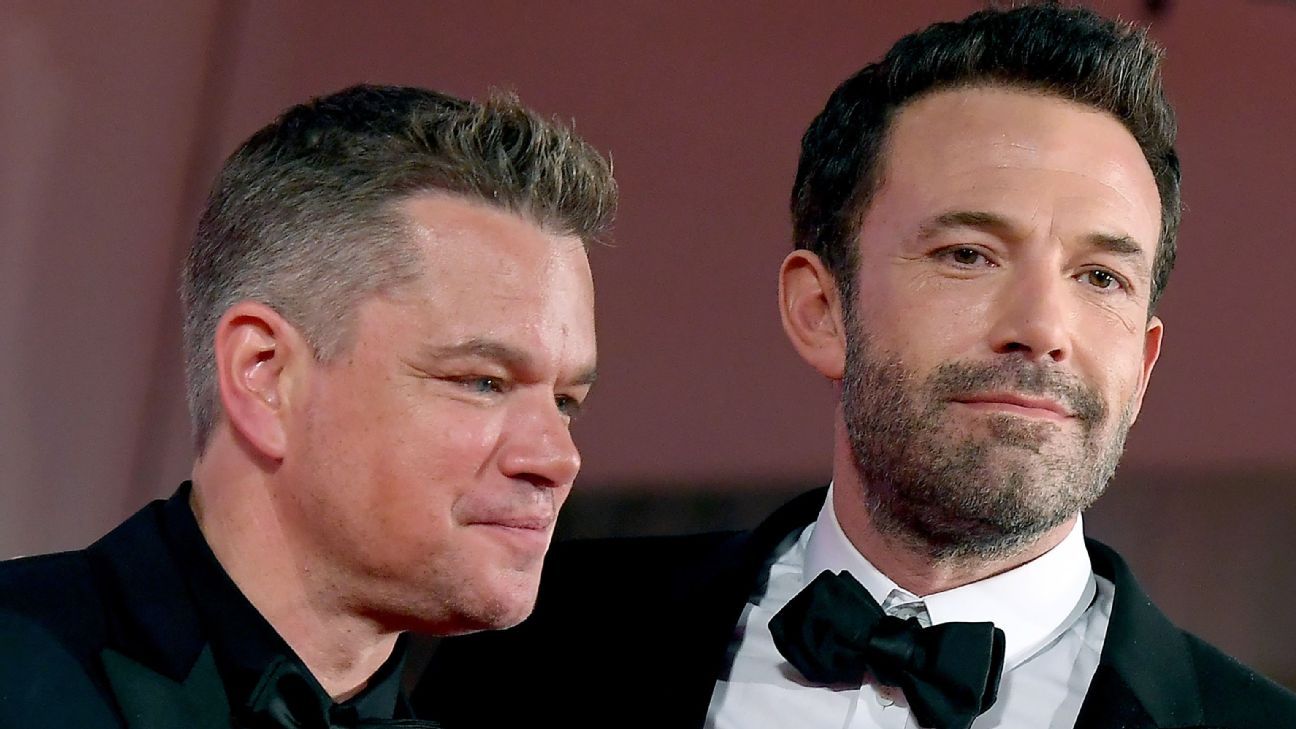 Ben Affleck and Matt Damon, the Academy Award-winners behind “Good Will Hunting,” are teaming up on a movie about Nike’s efforts to sign Michael Jordan to a sneaker deal, according to the Hollywood Reporter.

Former Nike executive Sonny Vaccaro, who was featured in the 2015 ESPN 30 for 30 “Sole Man,” and Nike co-founder Phil Knight will be the central characters of the movie.

According to reports, Damon will portray Vaccaro, and Affleck will play Knight. Affleck and Damon won the Oscar for Best Original Screenplay for “Good Will Hunting” and the two collaborated on the screenplay for and starred in 2021’s “The Last Duel.” Affleck, who will direct the film, also won an Academy Award for Best Picture as a producer for “Argo.”

The movie will focus on Nike’s effort to sign Jordan in 1984 when Jordan was entering the NBA. Coming out of North Carolina, Jordan was the No. 3 overall pick of the 1984 NBA draft, and Vaccaro managed to do the impossible for what was, at the time, a minor shoe company and keep Jordan away from Adidas, Reebok and Converse. By doing so, Vaccaro helped transform Nike, the relationship between an athlete and a brand, and the sneaker industry as a whole.

The 10-part Michael Jordan documentary “The Last Dance” is available on the ESPN App.

• Everything you need to know
• Lowe: How Pippen lifted MJ’s Bulls
• Shelburne: Kobe and MJ’s friendship
• How to replay the series

“Even though I never envisioned myself wearing the (Nike) shoe, the creativity that it provided to me and the education of what this is all about — what I wear on my feet and how it enhances my athletic ability — I’m happy with the choice,” Jordan said in 2004.

In 2021, Yahoo! Finance reported that Jordan Brand, an offshoot of Nike, did $5 billion in sales and, in 2020, Forbes estimated that Nike has paid Jordan an estimated $1.3 billion since 1984.

Affleck and Damon are coming in at the genesis of all that.

Vaccaro, who is now 82 years old, helped to make the sneaker industry what it is today by signing players like Jordan and Kobe Bryant to multi-million dollar shoe deals with Nike.

“Sole Man” was co-directed by Jon Weinbach, who is president of Skydance Sports. Weinbach was also a producer of the Emmy-winning ESPN series “The Last Dance,” which he did with Mandalay Pictures chairman Peter Guber, who will produce the upcoming movie. Now they’ll team up again for another part of the Jordan story.