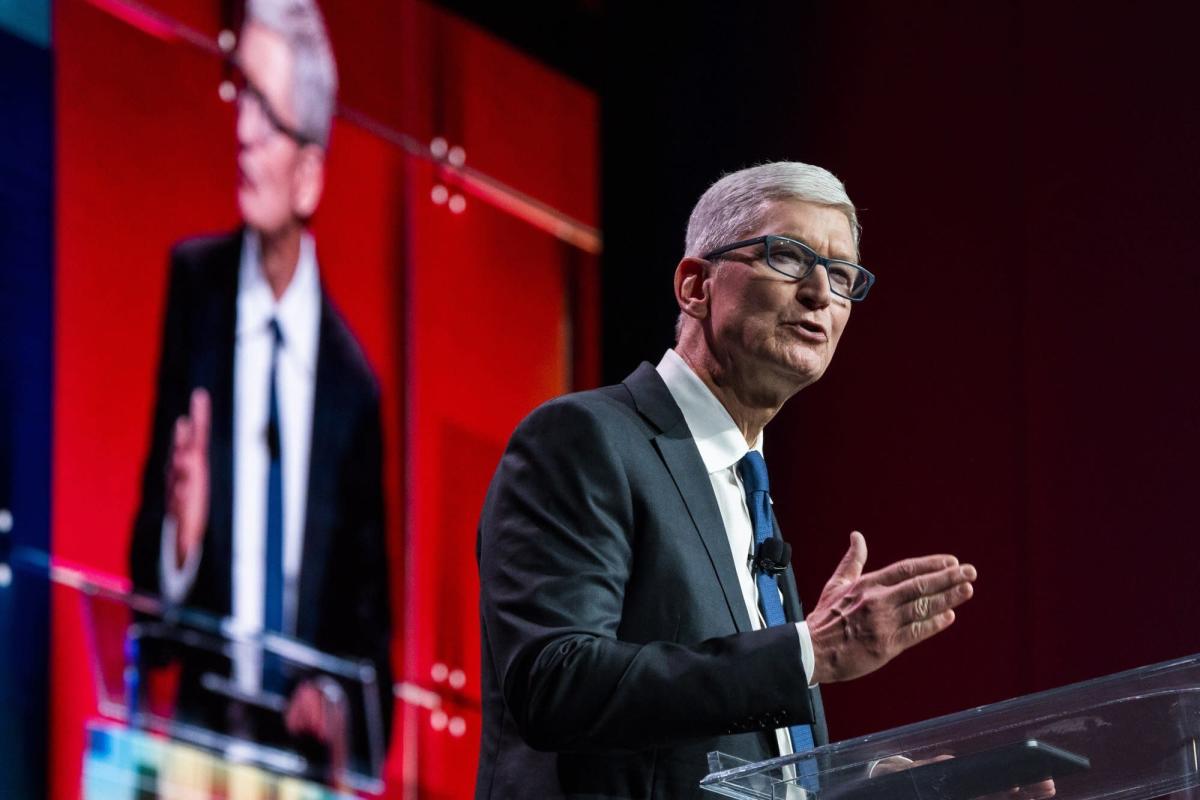 Apple’s value chain in China, an emblem of the country’s global role as a source of labor and assembly, has been hit hard by strict lockdowns in Shanghai and neighboring provinces, raising the risk that the US tech giant may accelerate a shift of its operations away from China, say analysts.

While it is hard to put an exact figure on the losses resulting from the disruption to transport and production along Apple’s extensive value chain in China, chief financial officer Luca Maestri told a conference call on Thursday that Covid-19-related lockdowns and a chip shortage would reduce the company’s revenue by up to US$8 billion in the June quarter.

Maestri said this was “substantially larger than” the impact in the previous quarter and also warned about the likely knock-on effect of reduced consumer demand in China due to lockdowns.

Do you have questions about the biggest topics and trends from around the world? Get the answers with SCMP Knowledge, our new platform of curated content with explainers, FAQs, analyzes and infographics brought to you by our award-winning team.

Apple’s close links with China have, historically, been underpinned by two main factors. First, the country is an ideal assembly center for the California-based tech giant, thanks to its advanced infrastructure, skilled labor force and efficient logistics services. Components from Taiwan, South Korea and elsewhere are assembled into iPhones and iPads on factory floors in China for the whole world to buy.

Secondly, China itself is the second-largest market for Apple, thanks to the country’s growing middle class, which has become increasingly affluent over the past decade, say analysts.

But this positive alignment of factors is now under threat.

China’s strict lockdowns in Shanghai and Jiangsu province – key financial and manufacturing centers – since the end of March to tame the highly-infectious Omicron variant of Covid-19, have raised doubts about the country’s position as an integral part of global supply chains for Apple .

The situation has become more acute for China given that other countries – particularly Vietnam and India, which are returning to normal after Covid-related disruption – are eyeing a bigger share of Apple’s value chain.

According to calculations by the South China Morning Postmore than half of Apple’s 192 suppliers with an internal manufacturing site for the company, including Foxconn, Pegatron, Quanta, Wistron and Compal, have production facilities in lockdown-hit Shanghai and Jiangsu.

Moreover, two Foxconn factories in Shenzhen had to suspend operations for days in March amid a local brief lockdown, while the largest iPhone assembly compound in Zhengzhou has been short of labor as Covid-19 restrictions have made it hard for migrant workers from other areas to reach the Foxconn factory there.

For lesser-known suppliers or subcontractors in Apple’s value chain, it has been even harder to maintain normal levels of operation. Foxconn had to suspend operations at two plants in Kunshan last week after one worker in its closed-loop was found to be infected with Covid-19.

Ming-Chi Kuo, an analyst at TF Securities who follows Apple, said lockdowns in the Yangtze River Delta region would roughly lead to a 30 to 40 per cent drop in shipments this quarter for Apple, although the shortfall could be narrowed to 15 to 25 per cent if other suppliers step in.

Delivery times for Apple MacBook Pros have been delayed by up to five weeks as the sole assembler, Quanta, has been forced to suspend operations due to the Shanghai lockdown, said Kuo.

Apple had already started to consider reducing its reliance on China but the recent lockdowns have accelerated the process, said Kuo. Relocating some production facilities from China is “no longer a proposal but an action plan”, added Kuo.

Apple did not immediately respond to a request for comment on its plans for China in the face of lockdown-related disruption.

The Covid-19 lockdowns come at a time when geopolitical pressure is rising for an economic decoupling between China and the United States.

Former US President Donald Trump pushed for the reshoring of US manufacturing and the Biden administration has been working with regional allies to reduce supply chain reliance on China.

Apple, under chief executive Tim Cook, has maintained a smooth relationship with Beijing despite some sporadic consumer boycotts of Apple products in China. Cook heads up the advisory committee for the economic management school at Tsinghua University, which gives him access to China’s national leaders.

Tech media outlet the information reported at the end of last year that Cook signed an agreement with Chinese officials, estimated to be worth about US$275 billion, to help China develop its technological prowess and to head off state action which would have hobbled Apple’s devices and services in the country.

In Thursday’s conference call, Cook said Apple was likely to move more production capacity back to the US considering the ongoing challenges. “Our supply chain is truly global … we do a lot in the US and we’ll probably be doing even more here as more chips are produced here,” he said, without giving more details.

Other options for Apple could include India, where country and labor are much cheaper than in the United States. With roads and ports clogged in China due to lockdown, iPhone production in India surged by 50 per cent year-on-year in the first quarter of 2022. This was aided by a decision to assemble the iPhone 13 in a Foxconn factory near Chennai, according to Indian media reports.

And China remains critically important for Apple as a consumer market.

“China growth remains the fuel in the engine [for Apple],” Dan Ives and John Katsingris, analysts at New York-based Wedbush, wrote in a recent research report. But the analysts added that supply chain issues have already cut the sale of around 15 million units of iPhones over the past few quarters.

Meanwhile, there is little sign that China is about to give up on its “dynamic zero” policy approach to Covid-19. For those industrial enterprises allowed to resume production, strict quarantine rules remain in place, which could translate into additional costs, reduced efficiency and fresh uncertainties down the line.

“The best case [for full resumption] is June,” said Kuo.