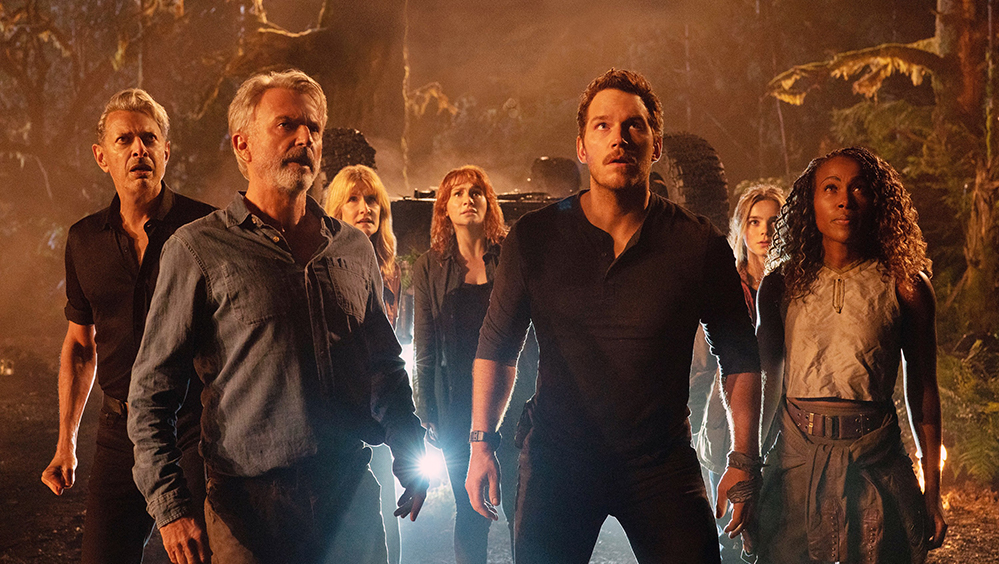 The North American premiere of “Jurassic World: Dominion” has officially concluded in Los Angeles and first reactions to the dino-centric sequel are pouring in online, with entertainment writers calling the follow-up everything from a good hit of nostalgia to downright bad. As with most sequels in the “Jurassic” series, “Dominion” is being met with a mixed response.

Universal has positioned “Dominion” as a finale for the franchise, organizing a round-up of “Jurassic” stars old and new. The film reunites Sam Neill, Laura Dern and Jeff Goldblum, who all starred in Steven Spielberg’s 1993 original. Chris Pratt and Bryce Dallas Howard return after starring in 2015’s “Jurassic World” and 2018’s “Jurassic World: Fallen Kingdom,” while series newcomers DeWanda Wise and Mamoudou Athie also join the cast of the new entry.

“Dominion” picks up after the events of “Fallen Kingdom,” with dinosaurs now roaming the Earth and forcing the human race to closely guard their position as the apex predators of the planet. “Jurassic World” director Colin Trevorrow returns to helm the series finale.

Although “Jurassic World: Dominion” doesn’t hit North American theaters until Friday, Universal has already given the sequel a limited global rollout in 15 international markets. The sequel grossed $55.4 million at the international box office over the weekend, with its biggest starts coming in Mexico and Korea.

Variety senior artisans editor Jazz Tangcay commended the film, calling it a “roaring fun adventure.” Tangcay also stated that the dinosaurs “are bigger and better than ever.”

#jurassicworlddominion is a big, roaring fun adventure. The dinosaurs are bigger and better than ever. It’s non-stop dinosaur action. And Laura Dern, Jeff Goldblum and Sam Neill’s return hit the nostalgic spots. I just love them. pic.twitter.com/Z7kvy3SkpO

Variety senior awards editor Clayton Davis called the film “nostalgia on overdrive,” while cloaking his exact opinion on the sequel under his foregone conclusion that “it’s going to make so much money.”

Let’s be clear…it doesn’t matter what I say about #JurassicWorldDominion – it’s going to make so much money. It defies logic. It’s a movie where things just happen and people know things “because” – smoke a joint, go drunk and have the time of your life. Nostalgia on overdrive. pic.twitter.com/eD7hViPYSd

Critic and Variety contributor Courtney Howard summed up her reaction with “BAD,” stating that “Dominion” marks a franchise-worst in quality.

#JurassicWorldDominion = BAD. It ignores the premise it should’ve had from the start, instead synthetically engineering 2 entirely different, uninteresting & hollow stories that it struggles to connect. Some effects look polished, some ropey. Worst of the franchise. pic.twitter.com/0xbyUR6O9d

Digital Spy’s Ian Sandwell called the film “underwhelming for a finale,” though he highlights the reunion of Neill, Dern and Goldblum’s characters as a strength of the film.

It delivers the spectacle you expect, but #JurassicWorldDominion feels underwhelming for a finale as it treads familiar ground. Lovely to see the OG trio though and their strand is the strongest, even if it unwittingly highlights how bland the JW characters are by comparison. pic.twitter.com/IT2yXfhMFY

#JurassicWorldDominion rocks an excellent mix of practical & digital effects. Dino’s look GREAT. Dimetrodon scene is … right up my alley. Bryce Dallas Howard runs away with the movie — & new trilogy for that matter. Claire experiences one heck of an arc & Howard soars with it. pic.twitter.com/5qWYkddi9e

Insider’s Kirsten Acuna recommends giving the original “Jurassic Park” a rewatch before rolling out for “Dominion.”

#JurassicWorldDominion is at its best when the old and new cast are together. Fans of the franchise should enjoy this. Plenty of nodes to the OG. I’d recommend giving that a close rewatch. pic.twitter.com/WfRSqzsM81

Gizmodo and io9 senior reporter Germain Lussier called the film “overindulgent and pointless,” with the dinosaurs serving as little more than “window dressing” for a couple drab plot lines.

Truly, Jurassic World Dominion is bad. so bad It’s too long, it’s wildly repetitive & the dinosaurs are window dressing for multiple uninteresting, unrelated stories. The actors do their best but it’s all just overindulgent & pointless. One of, if not the, worst in the franchise.

See more reactions to the “Jurassic” finale below:

#JurassicWorldDominion is absolutely terrible. It’s like a bunch of hot shots brainstormed dino-centric theme park rides & put them into a movie. Bugs are more prominent than dinosaurs. A misfire on all fronts with bankrupt ethics. Save your hard earned. 🤦🏻‍♀️

My gut reaction after walking out of #JurassicWorldDominion is that’s the worst movie in a franchise I adore. It’s too long, action sequences are downright ugly, and overall wayyyy too bloated. Then again, I smiled at nostalgia beats and baby dinos so like, that too? pic.twitter.com/BA1J4uFOMD

It brings me no joy to report that #JurassicWorldDominion is a MASSIVE disappointment. While the film does feature some incredible dinosaur sequences and it is great to see the original cast back on the big screen, the film fails to deliver on what the previous films promise. pic.twitter.com/AsGoqMsrSf