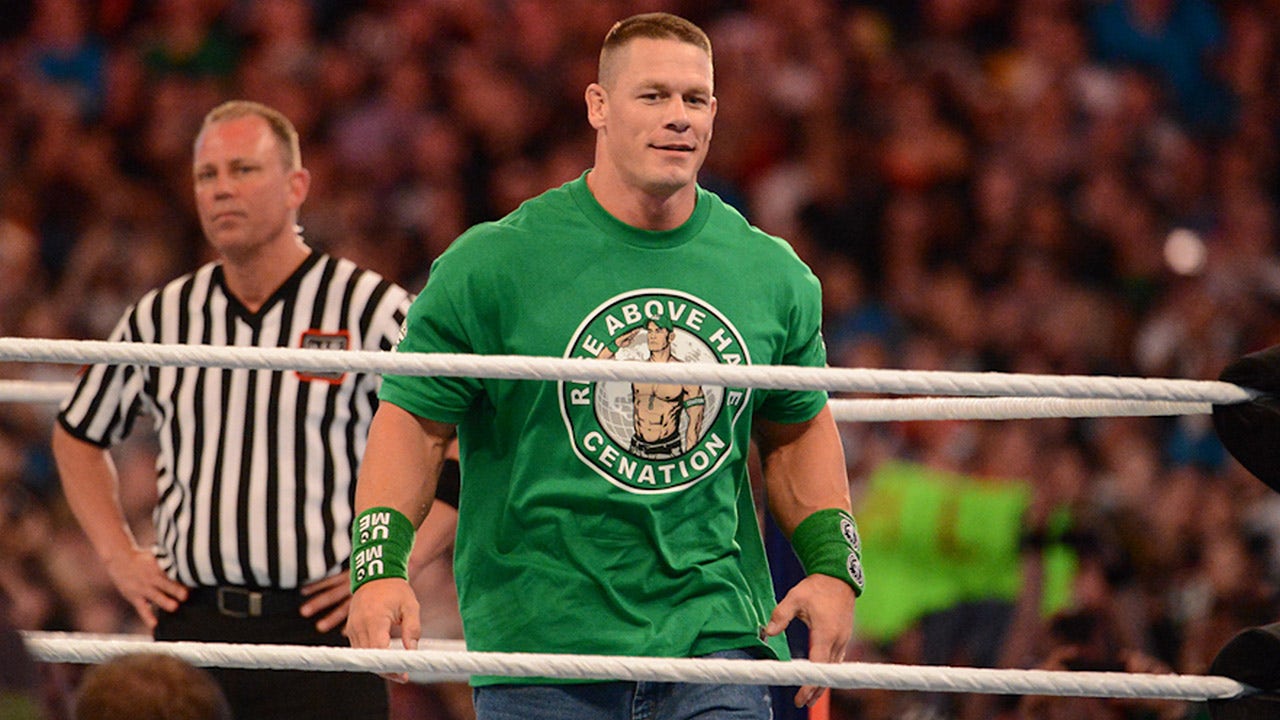 A Ukrainian teenager met with his idol, famed WWE star and actor John Cena, this weekend after his mother used a fantasy of meeting him as a motivational tool to flee the war-torn town of Mariupol.

Liana Rohozhyna, the mother of Misha Rohozhyn, a 19-year-old who has Down Syndrome and is unable to speak, repeatedly told her son they were constantly on the move in Ukraine to go and find John Cena — when in reality the family was Fleeing a devastating war front and a Russian siege on their hometown, the Wall Street Journal reported.

“Misha is an example for moving toward your dream by believing in it,” she said, per the report.

The family’s journey was not easy as they reportedly traversed minefields, came into contact with Russian soldiers, faced artillery strikes, and crossed several national borders.

But, the idea of ​​meeting the iconic wrestler motivated the teen to keep pushing.

Misha, a non-verbal teen with Down’s Syndrome, didn’t understand why his family had to flee Mariupol this year.

To place him, his mother told him they were traveling to meet John Cena.

Cena heard… and went to Amsterdam to oblige.

According to the report, Misha and his mother arrived safely in the Netherlands last month but they still never fulfilled the motivational fantasy of meeting Cena.

On Saturday, that fantasy became a reality when the hulking superstar paid Misha and his mother a visit to their new home in Huizen.

“I didn’t want a son to think of his mom in a different light just because she did whatever she had to do to get him to safety,” Cena said, per the WSJ.

Cena gave Misha a hat and t-shirt featuring his WWE mantras and the two ate a Ukrainian honey cake.

“If I have cake, will Misha have cake with me?” Cena asked the family through a translator, the WSJ reported. Misha excitedly accepted.

Seeing his idol was the first time Misha smiled since the war began, Rohozhyna told the outlet.

She also said Misha’s room in their Ukrainian home was covered in Cena’s wrestling posters.

That home, however, became the target of Russian mortar fire on February 24, the first day of the Ukrainian-Russian war, and the two were forced to flee. They arrived at a shelter but after it lost electricity, they were again forced to leave, the WSJ reported.

According to the report, Misha had a panic attack so his mother decided against hiding out in an underground facility. The two stayed at a day center, which could have been subjected to Russian artillery strikes, before they fled to the Netherlands.

A member of Russia’s Emergencies Ministry walks near a destroyed residential building in Mariupol, Ukraine, on Thursday, May 11.
(Reuters/Alexander Ermochenko)

Before concluding the visit on Saturday, Cena let Misha wear a WWE championship belt and encouraged the family.

“I tried to let [Misha] know today that in every journey we’ve got good days and bad days,” Cena said Saturday afternoon, per the report. “I hope he gets more good ones.”

“I wanted to tell him today personally that his story really touched me,” the wrestler added.

Cena visited the family from London, where he was filming.

Mariupol remains under Russia’s control after they successfully seized it last month.