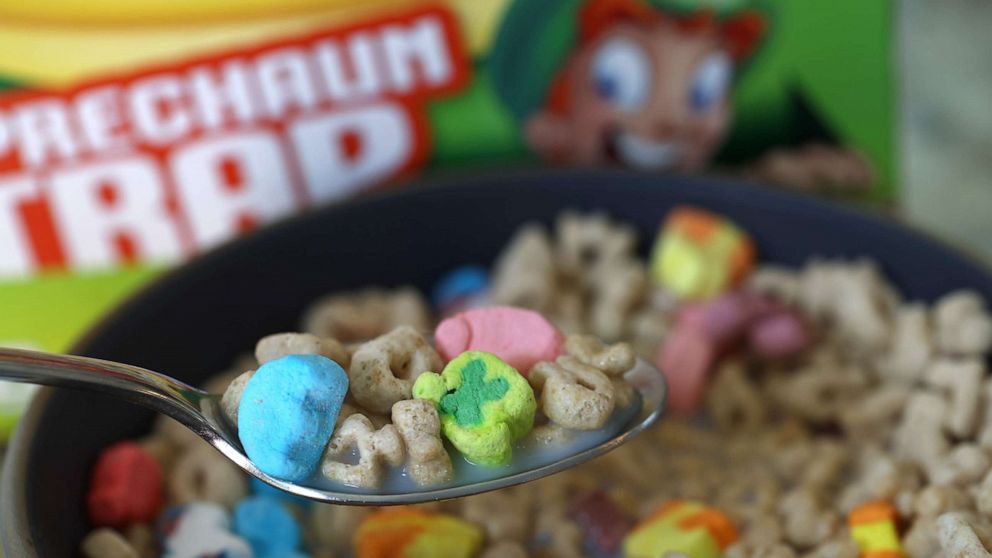 An FDA spokesperson confirmed the complaints related to Lucky Charms this year.

The cereal marketed as “magically delicious” is under investigation by the Food and Drug Administration after more than 100 customers claimed the cereal made them sick.

On Saturday, as first reported by The Associated Press, the agency said it had received over 100 complaints related to Lucky Charms so far this year.

The FDA confirmed the investigation to ABC News, and said it’s “aware of consumer complaints regarding illnesses associated with Lucky Charms cereal.”

“The FDA takes seriously any reports of possible adulteration of a food that may also cause illnesses or injury. Complaints of a less serious nature or those that appear to be isolated incidents are monitored and the information may be used during a future inspection of a company to help the FDA identify problem areas in a production plant,” an FDA official told ABC News. “The complaints are also discussed with company management during these inspections.”

Questions about a possible link between the cases of reported illness and the cereal after hundreds of consumers posted on a food safety website called, iwaspoisoned, with complaints of nausea, diarrhea and vomiting. According to the platform, over 3,000 complaints posted as of Monday.

General Mills Inc., the Minneapolis-based company that makes Lucky Charms and other cereals, said its own investigation has not found any evidence of consumer illness linked to Lucky Charms.

“We encourage consumers to please share any concerns directly with General Mills,” a spokeswoman said, according to the Wall Street Journal.

A hundred complaints were initially found on the FDA’s reporting site, Center for Food Safety and Applied Nutrition Adverse Event Reporting System (CFSAN). The database contains information on adverse event and product complaint reports submitted by consumers and others to FDA for foods, dietary supplements, and cosmetics. As of time of publication the program had received over 100 reports related to Lucky Charms in 2022, all being reviewed and investigated.

ABC News has reached out to General Mills, which did not immediately respond to a request for comment. But the company told the WSJ on Sunday that it’s working with the FDA.