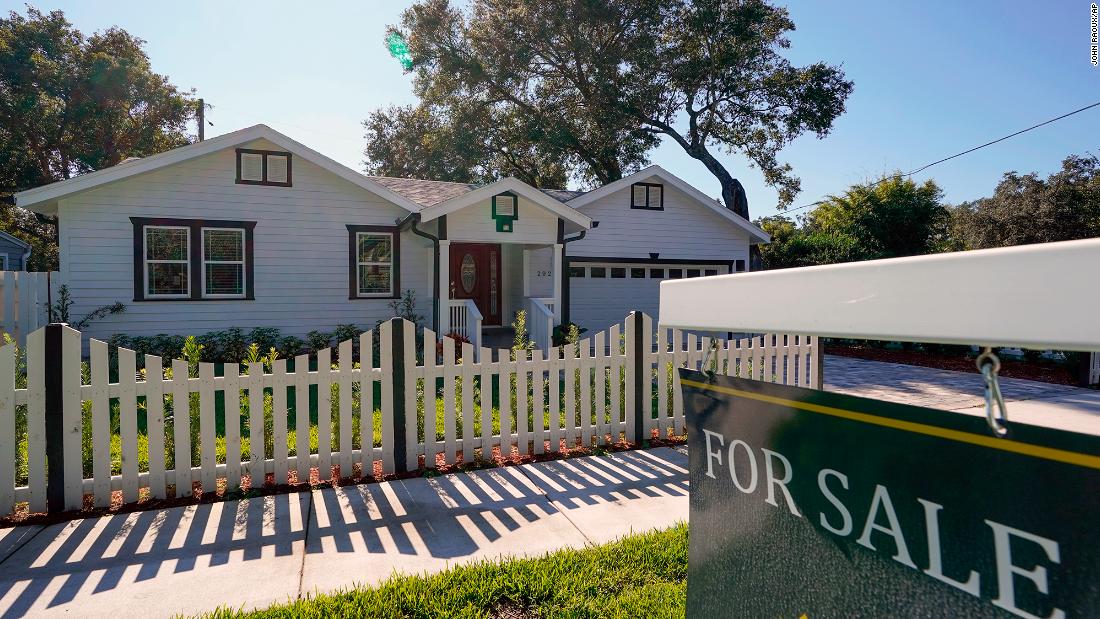 The median home price was $416,000 last month, up 13.4% from one year ago, according to a report from the National Association of Realtors. It marks more than a decade of year-over-year monthly price gains.

Sales of existing homes — which include single-family homes, townhomes, condominiums and co-ops — were down 5.4% in June from May and 14.2% from a year ago. June saw the weakest sales figure since June 2020, which was artificially low due to the pandemic.

“Falling housing affordability continues to take a toll on potential homebuyers,” said Lawrence Yun, NAR’s chief economist. “Both mortgage rates and home prices have risen too sharply in a short span of time.”

Inventory, which had been tight, saw its first year-over-year turnaround in three years. The number of homes available for sale at the end of June was up 9.6% from May and 2.4% from a year ago.

“Finally, there are more homes on the market,” Yun said. “Homes priced right are selling very quickly, but homes priced too high are deterring prospective buyers.”

The flight to affordability

Even as sales declined, home prices continued to climb, especially in some popular Sun Belt cities.

But some of the same cities that saw massive price growth during the pandemic were also the places that saw the largest increase in the number of homes with price reductions in June. Austin led the way, followed by Phoenix and Las Vegas.

While the increase in inventory should reduce pressure on prices, mortgage rates are climbing, reducing buyers’ purchasing power. It remains to be seen which factor will have a bigger impact on home sales, said Danielle Hale, chief economist for Realtor.com.

“I expect affordability to be the bigger driver than availability moving forward,” said Hale. Already, she said, more affordable areas in the Northeast and Midwest are some of the hottest housing markets, according to Realtor.com.

“Home shoppers continue to leverage workplace flexibility in looking for ways to reduce their housing costs — enacting their own, personal inflation-fighting plans.”

NAR’s data supports this trend, with home sales holding steady from May to June in the Northeast and slipping only 1.6% in the Midwest compared to drops of 6.2% in the South and 11.1% in the West.

“As mortgage rates and prices of other goods and services continue to climb, home shoppers are likely to become even more budget conscious,” Hale said. “This is especially true if concerns about the strength of the job market — which has remained so far resilient — grow.”

Even though home sales have slowed back to a 2019 pace, the number of days a property is on the market before going into contract is the swiftest ever, at 14 days. A year ago it was 17 days and a more typical market would see properties on the market for close to 30 days.

“Whenever homes are listed, they are attracting buyers,” said Yun, who added that the quick market is head scratching.

One possible driver of the record-low number of days on the market is that buyers are trying to take advantage of their locked-in interest rate.

“Mortgage rates have been trending higher,” he said. “Maybe buyers are trying to take advantage of a lower locked-in rate. That period is coming to an end quickly. They want to sign the contract and close the deal quickly.”

But sellers should take note of this brisk time on the market is not likely to last, said Yun. “This could be the last time we see such a swiftness in the market.”

While inventory is ticking up, there are still longstanding shortages of housing, said Yun. With builders cutting back on single-family construction and boosting construction of multifamily buildings, they may be betting on more people getting priced out of buying and renting instead.

“I don’t foresee any oversupply coming, even as sales retreat,” Yun said.