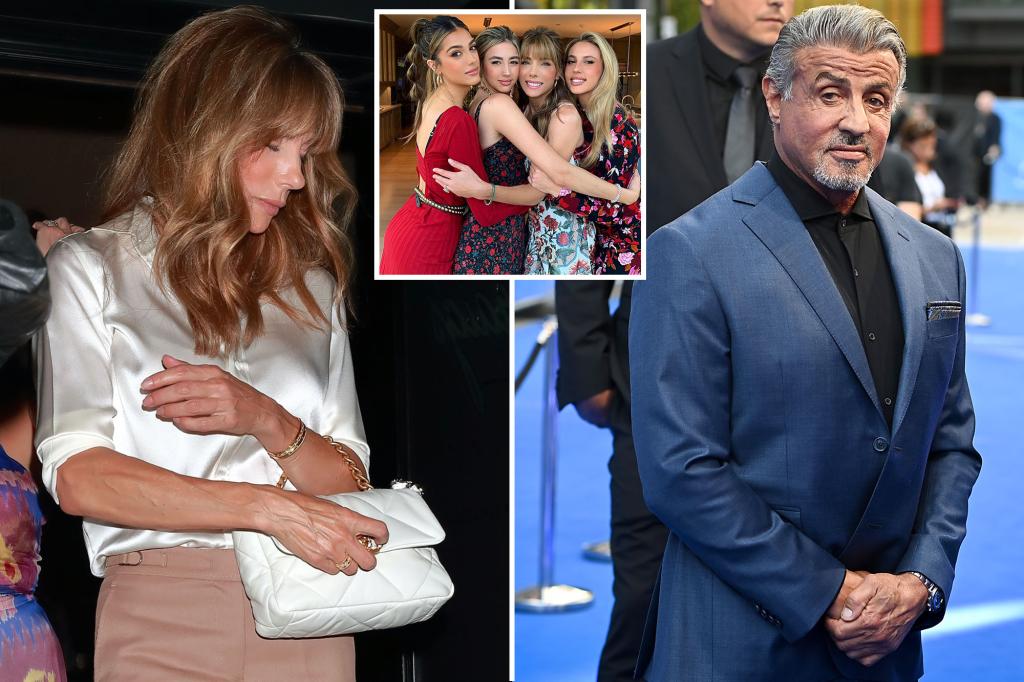 Sylvester Stallone’s marriage may have been rocky longer than realized.

The Hollywood superstar’s now-estranged wife, Jennifer Flavin, was photographed looking forlorn and without her wedding ring 11 days before she filed for divorce.

The 54-year-old former model was snapped on Aug. 8 leaving Craig’s, the Melrose Avenue hotspot where celebs go to be seen.

As she walked out, Flavin held up her left hand—showing clearly how it was completely bare and missing her usual eye-grabbing wedding ring.

The photo was taken exactly 11 days before she filed to end her 25-year marriage to the 76-year-old “Rocky” star in a shock move on Aug. 19.

She was still wearing her ring, however, in a photo with her daughters she posted two days after her Craig’s outing — one many took as a sly hint that there could be issues in her wedding.

With her husband missing, she wrote that the girls were “my priority … nothing else matters.”

“The 4 of us forever,” she wrote in what is now taken as a nod to her split.

Her last loved-up Instagram pic with Stallone was in May 2020, when she celebrated their anniversary — a milestone she did not celebrate on her page this year.

Still, Stallone was “blindsided” when his wife actually filed for divorce while he was in Oklahoma City filming his upcoming Paramount Plus series “Tulsa King,” sources told Page Six.

In her divorce petition, Flavin claimed her superstar husband “has engaged in the intentional dissipation, depletion and/or waste of marital assets” — and demanded “The Expendables” star be prohibited from selling or transferring any assets during divorce proceedings.

“The marriage between the parties is irretrievably broken,” her filing says

Still, Sly told TMZ there was no grudge match, insisting they “just went in different directions.”

“I have the highest respect for Jennifer. I will always love her. She’s an amazing woman. She’s the nicest human being I’ve ever met,” he said.

The star admitted that the pair did have issues over his new Rottweiler, Dwight, but insisted, “We did not end the relationship on such a trivial argument.”

He also downplayed the other apparent slight involving a dog — the tattoo he got that now covers the huge portrait he had of his wife on his right shoulder and arm.

It was supposed to be an update to the 14-year-old tat, he told TMZ, saying that it got messed up and was just a fix will no ill intention.

To prove his point, the actor noted how he still had a large tattoo of his estranged wife on his back.