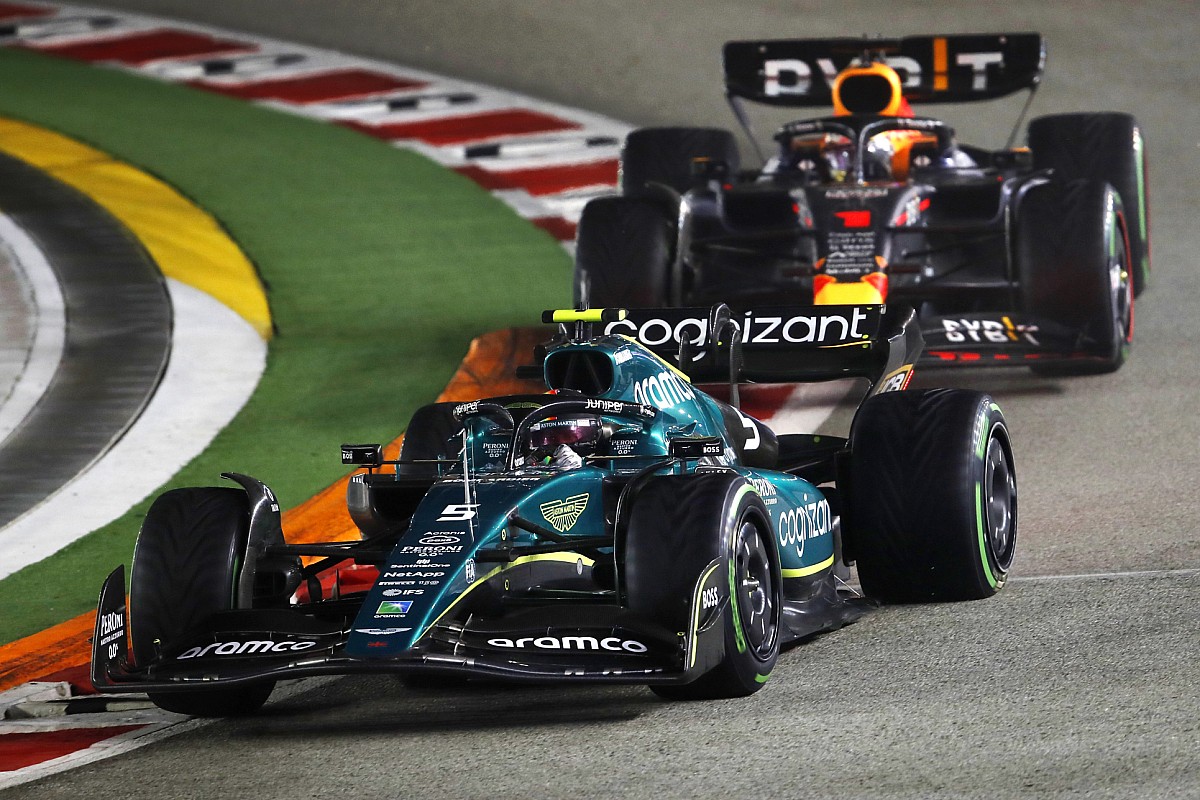 Following intense speculation since the Singapore Grand Prix that two squads had been found to have spent more than the circa $145 million limit in 2021, motor racing’s governing body formally published its findings on Monday.

In a statement, it said that all teams had been issued their compliance certificates apart from Red Bull Racing, Aston Martin Racing and Williams.

The Williams breach was in reference to the late submission of files last year, which the team was fined for.

Aston Martin was deemed to be in procedural breach of the rules like Williams, while Red Bull was said to have both a procedural and “minor” overspend breach.

The FIA’s belief that Red Bull broke the spending limit comes despite the team having expressed confidence that the financial submission it made last March was comfortably under the limit.

Speaking at the recent Singapore Grand Prix, Red Bull team boss Christian Horner said that he had faith his squad had fully complied with the rules.

“I’m absolutely confident in our submission,” he said. “It’s been through a process. It went in in March, in terms of [being] signed off fully by our auditors who are obviously one of the big three. And we believe that we are comfortably within the cap.

“So the FIA ​​are following their process. We expect hopefully, and potentially this week, to hear not just us, but all of the teams, the outcome of that process.”

F1’s regulations lay out a range of options as punishment for teams that have breached the cost cap.

For a minor breach, which is less than 5% overspend, penalties can include a public reprimand, a deduction of constructors’ or drivers’ championship points, exclusion from events, limitations on aero testing or a fine.

No details were forthcoming about how the FIA ​​would handle Aston Martin and Red Bull’s breaches of the rules.

A statement said: “The FIA ​​Cost Cap Administration is currently determining the appropriate course of action to be taken under the Financial Regulations with respect to Aston Martin and Red Bull and further information will be communicated in compliance with the Regulations.”

In Aston Martin’s case, there was no overspending, as the review indicates, and the team is understood to be keen to stress that no competitive advantage was gained and to regard any recent reports that it did spend over the limit as damaging.

The procedural breach was related to a number of administrative accounting protocols, and the result of variations in complex regulatory interpretation.

Red Bull’s overspending will promptly increased scrutiny on how the FIA ​​deals with the matter, with several outfits suggesting the matter will be a test case for the success of the cost cap.

Should the FIA ​​come down hard on the Milton Keynes-based squad then it could be viewed as unfair considering how new the cost cap regulations are and how everyone is trying to understand them at this stage.

However, if the governing body is too lenient then that could open the door for rival teams to feel that they no longer need to stick to the spending limits.

Speaking on Sunday in Japan, Ferrari team principal Mattia Binotto reckoned it was better for the FIA ​​to be too harsh than try to brush the matter under the carpet.

“What’s important for us is whatever will be the breach, if any breach, the penalty has to be significant, because believe me, that our cars today in Japan tried to fight for the best position,” he said.

“These are cars that have been developed maintaining, respecting the budget cap itself, and we know how much, even if it’s a minor breach, how much it would have implied in terms of performance.

“Obviously it’s about 2021, and from 2021 it’s an advantage you gain over the following seasons. I think what we need and what I’m expecting is full transparency and clarity on the discussions that may have happened.”