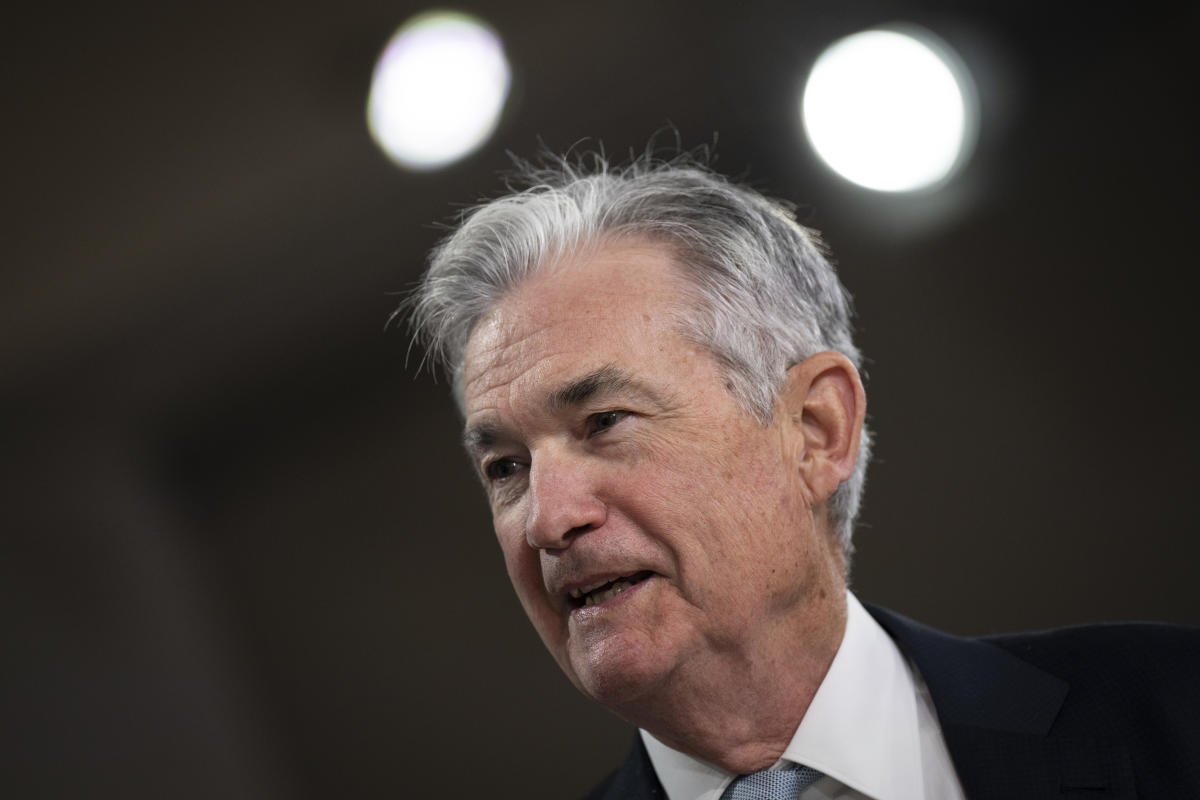 The Federal Reserve is widely expected to raise its benchmark interest rate by three-quarters of a percentage point for the fourth meeting in a row on Wednesday after two days of Federal Open Market Committee meetings.

And after that, markets expect the central bank to come off its hawkish stance to lower inflation and slow down the pace of rate hikes unless data continues to show stubbornly hot inflation.

“We do expect Chair Jerome Powell to… use the post-FOMC press conference to lay the ground for a step down in the pace of rate hikes,” Michael Pearce, senior US economist Capital Economics, wrote in a note to clients. “He could do so by acknowledging the slowdown in the real economy already underway and emphasizing the lags between slowing economic activity and weakening price pressures.”

Some officials felt at the September meeting that central bank could slow the pace of rate hikes at some point and assess the impact of previous rates hikes on inflation, according to minutes from the meeting.

Pearce says as interest rates rise above a level of neutral — a level that neither spurs nor slows economic growth — he expects Fed officials to talk about balancing raising rates to cool inflation with the risk of raising rates too high and precipitating a recession.

San Francisco Fed President Mary Daly recently laid the table for the Fed to slow down the pace of rate hikes, saying that the Fed should be talking about “stepping down” at some point when inflation data show signs of abating.

“We might find ourselves, and the markets have certainly priced this in, with another 75-basis-point increase,” Daly said at a meeting of the University of California, Berkeley’s Fisher Center for Real Estate & Urban Economics’ Policy Advisory Board last week. “But I would really recommend people don’t take that away and think, well it’s 75 forever.”

Data appear to point to signs that domestic demand is being pushed down by higher interest rates. Final sales to private domestic purchasers — a measure of consumer and business spending used to assess underlying demand in the economy — inched up at a 0.1% annual rate in the third quarter after rising 0.5% in the second quarter and 2.1% in the first quarter .

The job market is also cooling, with job openings falling sharply in August and the job quits rate trending lower while fewer new jobs being minted on a monthly basis. Economists project that Friday’s job report will show that 200,000 nonfarm payrolls were created in October, a result that would be down from the 263,000 jobs created in September and down from the monthly average of 420,000 in 2022.

There are also signs below the surface that inflationary pressures are easing. The employment cost index showed private wages and salaries rising by 1.2% in the third quarter, down from 1.6% in the second, pushing the annual growth rate down from 5.7% to 5.2%.

The Fed is also aware of lags in the accounting of rents in the consumer price index. While rents and owners’ equivalent rents continue to accelerate in official CPI data, Apartment List, a private provider of rent data, showed rents declining in growth to 6% in October from a peak of 18%.

“That is still too rapid for comfort,” Pearce noted, “but the direction of travel is clear, and strongly suggests that a significant slowdown in CPI shelter inflation is eventually coming.”

Official measures of inflation aren’t easing as quickly as officials hope. The Fed’s preferred measure of inflation — the price consumption expenditures index (PCE) excluding volatile food and energy prices — rose by 5.1% in September and 6.2% on a headline basis. That’s down from 7% but still far from the Fed’s 2% inflation target. And the consumer price index — excluding volatile food and energy prices a stickier measure of inflation — rose by 6.6% in September, accelerating from 6.3% in August and 5.9% in July.

“The November FOMC meeting is not about the November policy rate decision,” Bank of America analyst, Michael Gapen, wrote in a research note to clients. “Instead, the meeting is about future policy rate guidance and what to expect in December and beyond.”

The Fed is projecting interest rates will need to rise to between 4.5% and 5% next year to bring inflation down toward the central bank’s 2% goal. Once the policy rate reaches what the Fed feels is a sufficiently restrictive level, they would maintain that level for “some time” until there was “compelling” evidence that inflation was on course to return to 2%.

“PCE, the GDP data all point towards the direction of the slowdown down to 50 basis points for the December meeting,” Wilmington Trust Chief Economist Luke Tilley told Yahoo Finance. “There’s even the possibility of slowing down more to 25 basis points depending on the data. I expect language from Chair Powell that guides markets towards a slowdown.”

Click here for the latest stock market news and in-depth analysis, including events that move stocks

Download the Yahoo Finance app for Apple or Android