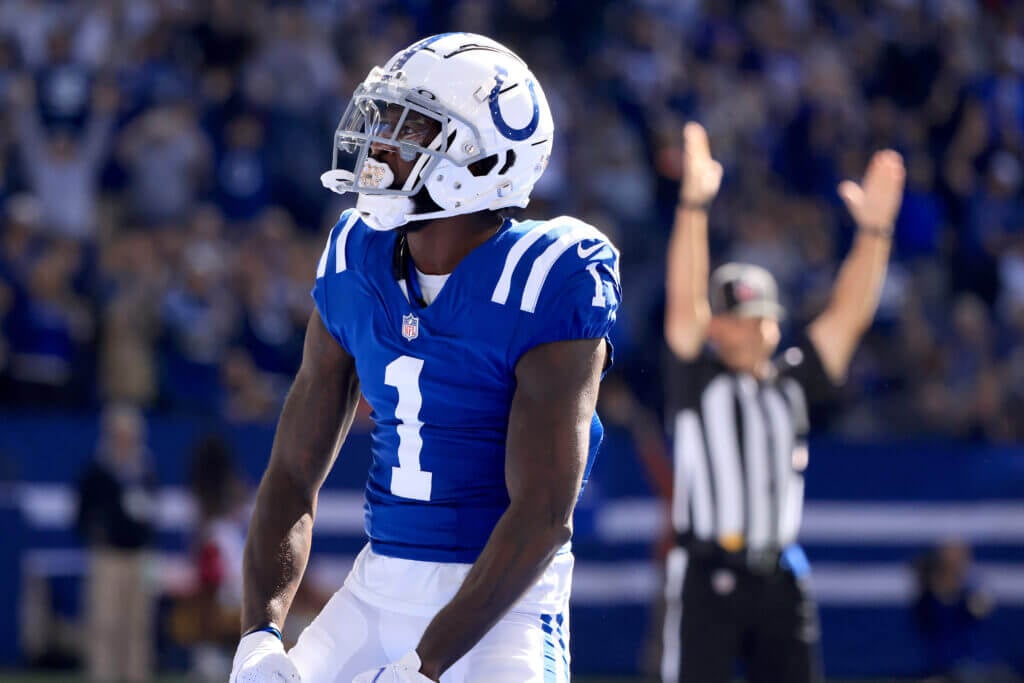 Happy Halloween week everyone, and let’s hope it’s all treats, and no tricks, for your fantasy team. As always, you came to the right spot for Week 8 fantasy football rankings and projections, but we’re doing the obvious fun ranking this week. It’s the Best Halloween Candy rankings! Hate me for not liking your favorite treat, or realize that I just opened your world to the glory of a candy you never tried, or or… just join me in unison of hating the every-living trash that is candy corn.

🚨 HEADS UP 🚨 These are sleepers. They will not mimic my rankings 100%. This is chasing upside and often carries more risk.

POSSIBLY START: Daniel Jones, NYG — This is the Daniel Jones managers hoped they were drafting the past two years, as Jones is running frequently. Not only is the Seahawks defense weak overall, they’re among the worst at stopping the run, evidenced by the running back success against them, AND… Kyler Murray rushing 10-for-100 last week.

HAIL MARY START: Jared Goff, DET — Yes, I know I had Goff here last week since he was indoors, even with a tough matchup, but this week, Goff is 1) indoors, 2) at home, and 3) facing a Dolphins defense that allowed 2+ touchdowns in four games, with Mac Jones, Kenny Pickett and Zach Wilson the only ones throwing for none or just one touchdown. Strap in for a potentially painful ride.

POSSIBLY START: Michael Carter, NYJ — This might seem obvious, but I see many people worried about the James Robinson trade. Yes, Robinson’s arrival likely leads to a timeshare, somewhat similar to Breece Hall and Carter earlier this year, but that’s more of a concern after this week. As we saw with Latavius ​​Murray in Denver and Christian McCaffrey last week, it takes a game (or sometimes two) for a running back to see his true role with a new team. The Patriots are good, but not fearsome, against the run, and a day like Khalil Herbert just had would land Carter in the Top 20.

HAIL MARY START: Jamaal Williams, DET — This is if D’Andre Swift returns, because if Swift is out, it’s all-too obvious to start Williams. Even if Swift is back, Williams has Top 20 upside in a timeshare given this matchup. Ever since Week 3, the Dolphins have done little to stop opponents, including running backs. Devin Singletary (6/19), Joe Mixon (4/15), Breece Hall (7/26), Michael Carter (3/16) and Dalvin Cook (8/14) all had Top 15 performances (two Jets in the same game). Even Najee Harris had a respectable day with 9.5 points last week.

POSSIBLY START: Brandin Cooks, HOU — Things have not gone as planned for Cooks this year, as he’s no longer quarterback immune. Mills’ drop in play has ruined the passing game, but there is a bit of hope in Week 8… assuming Cooks doesn’t get traded. The Titans are one of the most forgiving matchups, as evidenced in Parris Campbell’s game last week. The Commanders trio did quite well the week before, and we can hope Cooks sees a high volume of targets and hopefully breaks one off for a big play and doesn’t come up short.

POSSIBLY START: DJ Moore, CAR — PJ Walker isn’t a massive upgrade for Moore, but it helps when Moore sees a terrifically high volume of the targets when Christian McCaffrey has been out, and there is no Robbie Anderson to boot. As seen last week, Moore was able to see 10 targets and turn them into 7-69-1. The Falcons pass defense is abysmal, and the lowest score any receiver with 10+ targets has is 12.1 points, or, in other words, Top 25 any given week.

HAIL MARY START: Parris Campbell, IND — Speaking of Campbell, he goes from intriguing pickup other start to a dicey play given that we know little of how Sam Ehlinger will play. Ehlinger has some Jacoby Brissett similarities, as this was my NFL draft scouting report:

“Decent arm and inconsistent accuracy. Part of his issue is getting too aggressive trying to make a play and will lock into his ‘hope and pray’ option, letting the defense read his mind. He’s solid in the run game and doesn’t shy from pressure… but doesn’t always feel it. Ehlinger can go from looking like a star one series to a mistake-riddled backup the next.”

But as we know, the Commanders defense is highly exploitable, and hopefully Ehlinger locks onto Campbell as much as Matt Ryan did. It’s a scary situation; I know.

HAIL MARY START: Irv Smith, MIN — Start your tight ends against the Seahawks and Cardinals. The Vikings exit the bye to get the Cardinals, whose worst opposing tight end scored 4.9, and that was Tommy Tremble. Juwan Johnson scored twice last week, while even Noah Fant managed 7.5 in Week 6.

This week is all about Halloween, and it’s time to update the Halloween candy rankings with a separate small list of best candy not in fun size, and of course, the worst candy options out there! Trick or treat!

Overrated: Whoppers — Who wants to crack their teeth on these malt balls of meh-ness? And Tootsie Rolls — EVERYONE hands these out, and kids end up with half a bag of them. Enough!

🚨 HEADS UP 🚨 These can differ from my rankings, and my ranks are the order I’d start players outside of added context, such as, “Need highest upside, even if risky.” So, based on 4-point TDs for QB, 6-point rest, and Half-PPR

***These are NOT updated Sunday morning, FYI***