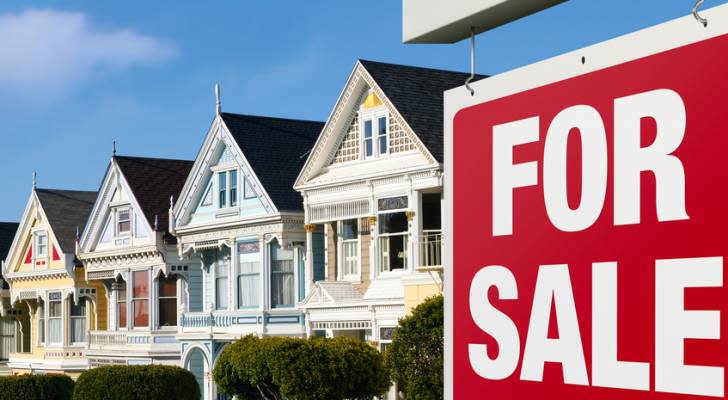 After a string of steady increases, mortgage rates fell this week — a mixed blessing for the fragile US economy.

The lower rate on a 30-year fixed mortgage is a relief for home shoppers who have been watching rates climb, but it’s also a sign that a recession could be very well around the corner as the market slows.

“In addition, with inflation outpacing pay raises, most workers are seeing their income fall behind, further straining the finances of buyers who are also facing higher borrowing costs.”

The average 30-year mortgage rate fell to 5.70% this week, down from 5.81% a week ago, housing finance giant Freddie Mac reported on Thursday. A year ago at this time, the 30-year rate was averaging 2.98%.

“The rapid rise in mortgage rates has finally paused, largely due to the countervailing forces of high inflation and the increasing possibility of an economic recession,” says Sam Khater, Freddie Mac’s chief economist.

“This pause in rate activity should help the housing market rebalance from the breakneck growth of a seller’s market to a more normal pace of home price appreciation.”

Austin real estate agent Lilly Rockwell says the market has already started favoring buyers and that she just helped a client negotiate a purchase for under list price.

She’s also been advising clients to ask for seller credits — a cash payment the seller gives the buyer at closing — to help them buy down their mortgage rates.

Buying down your mortgage rate means making an upfront payment to your lender to reduce your long-term interest costs, and seller credits can help cash-light buyers take advantage of the option.

“I plan to deploy this strategy myself on a listing I have coming up next week and provide some rate buydown information to just proactively address concerns about interest rates,” Rockwell said. “It’s crazy how quickly the tables have turned!”

Aside from a few exceptions, rates have been rising for most of 2022 following two years of record-low levels. They took a particularly sharp rise in recent weeks as the Federal Reserve began raising its benchmark interest rate to curb skyrocketing inflation.

“Although rates are significantly higher than last year, they are still historically low, remaining below 6%,” says Nadia Evangelou, senior economist for the National Association of Realtors.

The average rate on a five-year adjustable-rate mortgage, or five-year ARM, was 4.5% this week, up slightly from 4.41% last week. A year ago, ARMs were averaging 2.54%.

Rates for adjustable mortgages are tied to the prime rate. While interest costs start off low, they can surge once the initial fixed-rate period ends.

Some recent borrowers are taking out ARMs in hopes that they’ll be able to refinance into a lower, fixed-rate mortgage by the time the five-year term expires.

How the recent rate swings are affecting the market

Housing activity has undeniably cooled. Close to 12,000 fewer homes sold in April and May compared to the pre-pandemic average, according to the National Association of Realtors.

“It’s a fact that many households are impacted by higher mortgage rates as they no longer earn the qualifying income for the median-priced home,” Evangelou says.

Homebuying, she says, became 15% more expensive in the second quarter — with buyers now needing to earn $104,000 to qualify for a loan on a typical property.

Another change is that more homeowners are listing their properties compared with a year ago at this time. Prices, however, have yet to see any meaningful dips.

In fact, the median price of a home hit a record $450,000 in June, 17% higher than the same month last year, according to Realtor.com.

“At that price, combined with today’s fixed rate for a 30-year loan, homebuyers are looking at monthly mortgage payments of about $2,100 — before adding in taxes, insurance or fees — more than $790 higher than June of 2021,” Ratiu says.

What to read next

This article provides information only and should not be constructed as advice. It is provided without warranty of any kind.