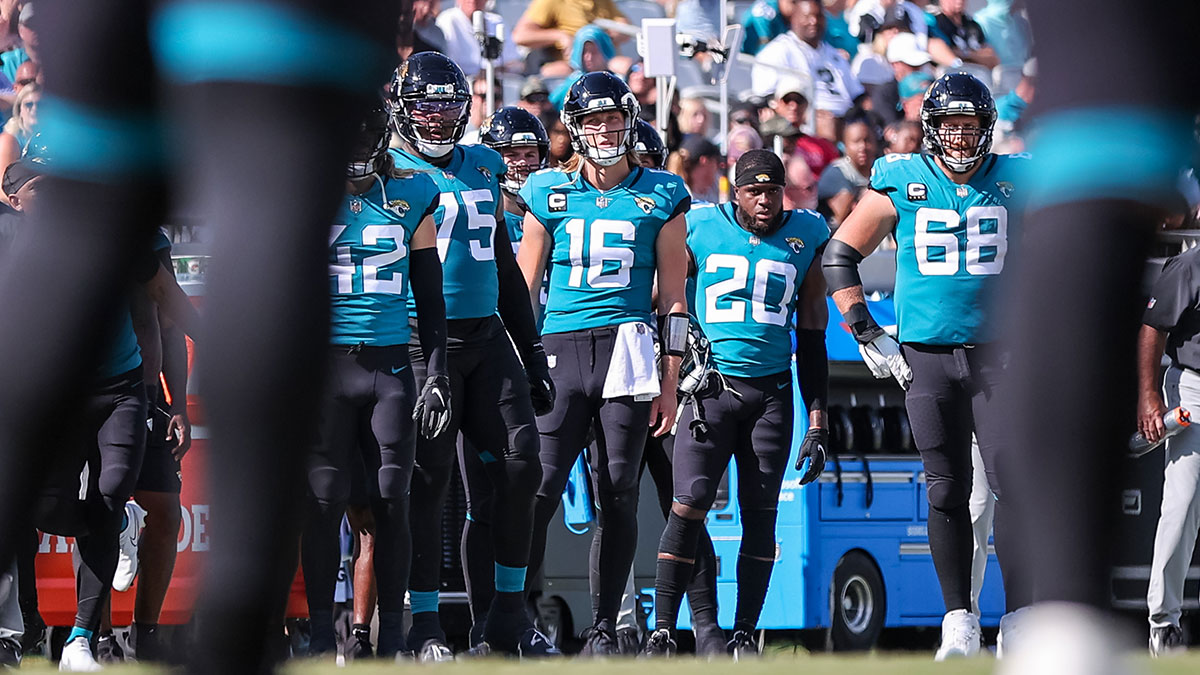 Sean Koerner is Action Network’s Director of Predictive Analytics. Follow him in the Action App to get all his picks instantly as he makes them.

Sean Koerner: The Giants are 5-1 on the season despite all of their games being of the one-score variety.

Being one of the most improved teams thanks to savvy coaching by Brian Daboll while also being one of the luckier teams are two factors that can both be true. In fact, New York ranks first in our Luck Rankings and the public was not taking them seriously, until this week.

62% of the action has come in on the Giants and I think this is a time to not only fade them, but to also back the Jaguars, who have been the fourth unluckiest team according to our rankings. That’s a luck ranking differential of 27 between the two. Since we started tracking in Week 3, teams with a 16-plus luck differential have gone 14-2 ATS.

The Jaguars are a more complete team—they rank eighth in DVOA while the Giants are 18th. We have a situation where both teams should probably have records closer to 3-3.

Another key to this game: Trevor Lawrence has been playing much better against the blitz this year. That is critical considering the Giants blitz at the highest rate in the league under defensive coordinator Wink Martindale.

Here is how Lawrence has ranked against the blitz (out of 34 QBs):

My gut, along with many others, probably thinks Giants +3 is a gift. However, when you take a step back from both teams’ records and how they got there, you realize the Jaguars probably are the better team and books want you to fade them.

I am locking in the Jaguars at -3 and there is a chance we see this number hit -3.5 before kickoff.

Sean Koerner: Russell Wilson has been ruled out of this game and Brett Rypien will get the start in his place.

The Broncos likely would have been 3.5 to 4-point favorites if Wilson was healthy. I have the drop off from Wilson to Rypien right around five points. However, crossing a key number in three here means I would only lower the spread to about Denver -1.5.

Rypien is a below-average backup, but he is in a favorable situation where the Jets are unlikely to score much against the Broncos’ stout defense that currently ranks second in DVOA. It’s a game where Denver will likely be able to lean on its run game and keep it close.

The public is all over the Jets here with 70% of the action on them. However, this is also a spot where our Luck Rankings show a differential of 21 (Jets 9th vs. Broncos 30th).

I’m on Broncos +1.5 and I think they should be slight favorites.

Sean Koerner: 70% of the action has been on the over, but I think the matchup sets up better for the under.

The Raiders opened the season with the fourth highest early down pass rate (in neutral situations) from Weeks 1-3. However, they’ve leaned on the ground game in their past two contests and are the 10th-most run heavy team on early downs.

Look for the Raiders to rely on Josh Jacobs given they are seven-point home favorites, facing a Texans run defense that ranks 29th in DVOA and will be without Darren Waller.

The Texans will likely counter by leaning on rookie RB Dameon Pierce, who has seen 20-plus carries in two of the past three games.

The Raiders are much better against the run (15th in DVOA) than against the pass (30th), and it’s unlikely Davis Mills will be able to take advantage of that.

The second-year QB has struggled this season, ranking 30th in ANY/A, 25th in QB Rating and 31st in EPA/play. Mills could face quite a bit of pressure against a rested team (coming off a bye) with two talented edge rushers in Maxx Crosby and Chandler Jones.

Sean Koerner: The 49ers are welcoming back Trent Williams, Nick Bosa and Jimmie Ward this week, which should help give their offense and defense a massive boost.

They also just traded for Christian McCaffery, who will be making his team debut. He likely won’t see much playing time, but he should still give the offense a lift, which will be critical going up against Patrick Mahomes and the Chiefs.

I’m projecting the 49ers as 1.5-point favorites here and like getting them at +1.

How would you rate this article?