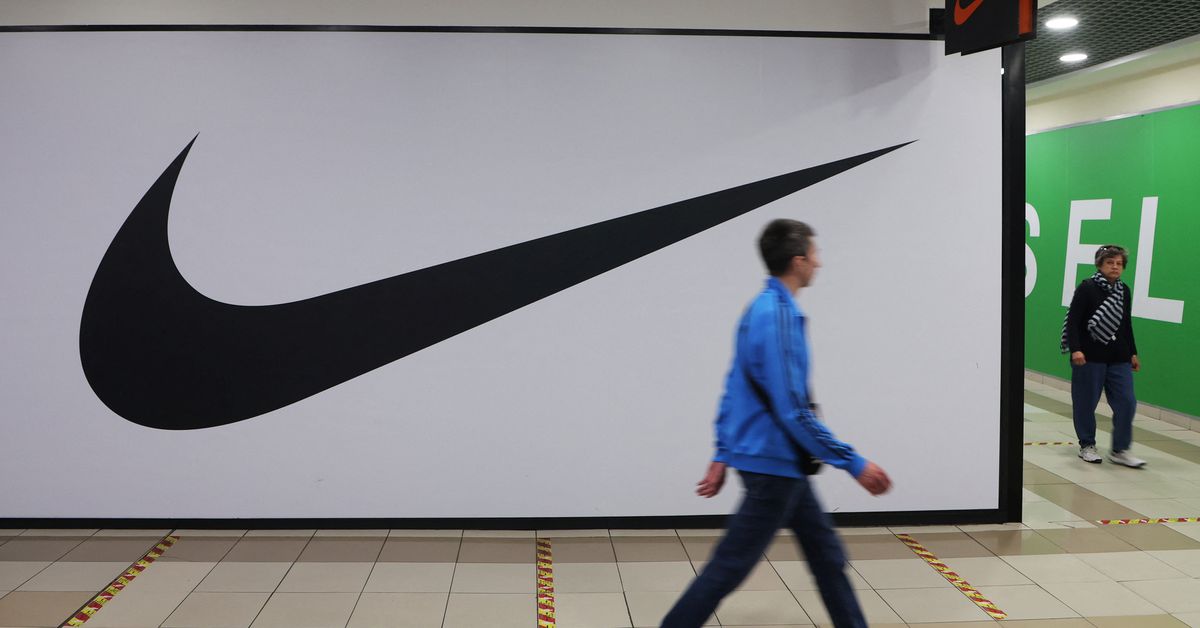 PARIS/COPENHAGEN/LONDON, June 23 (Reuters) – Nike (NKE.N) is making a full exit from Russia three months after suspending its operations there, the US sportswear maker told Reuters on Thursday, as the pace of Western companies leaving the country accelerates.

Nike said on March 3 it would temporarily suspend operations at all its Nike-owned and -operated stores in Russia in response to Moscow’s actions in Ukraine, adding that those still open were operated by independent partners.

On Thursday, it joined other major Western brands, like McDonald’s and Renault, in confirming it will leave the country completely.

“Nike has made the decision to leave the Russian marketplace. Our priority is to ensure we are fully supporting our employees while we responsibly scale down our operations over the coming months,” Nike said in an emailed statement.

Foreign companies seeking to exit Russia over the war in Ukraine face the prospect of new laws being passed in the coming weeks allowing Moscow to seize assets and impose criminal penalties. That has encouraged some businesses to accelerate their departure.

“What was a trickle is becoming a torrent (of Western companies exiting Russia)”, said Paul Musgrave, a political science professor at the University of Massachusetts.

Other sportswear makers have also been pulling back.

Rival Adidas (ADSGn.DE) said in March it was shutting its Russian stores and pausing online sales. Puma (PUMG.DE) also suspended its operations in March. Reebok suspended sales in March and is in talks to sell more than 100 stores to Turkish shoe retailer FLO Magazacilik. read more

Adidas currently has no plans to resume business in Russia, the German sportswear company told Reuters on Thursday.

“The operation of Adidas’ stores and Adidas’ online retail in Russia continues to be suspended until further notice, this also applies to the delivery of goods to Russia,” it said in an emailed statement.

Musgrave said companies that leave Russia struggle may to return.

“This presents opportunities for domestic firms in some markets but even more for brands from China and elsewhere to make inroads,” he said.

For Nike, which gets less than 1% of its revenue from Ukraine and Russia combined, the move is largely symbolic rather than material to its results.

The company has a history of taking a stand on social and political issues. It supported American football quarterback Colin Kaepernick in his decision to kneel during the US national anthem as a protest against racism and dropped Brazilian soccer star Neymar last year because he refused to cooperate in an investigation into sexual assault allegations.

Russian media reported in May that Nike had not renewed agreements with its largest franchisee in Russia, Inventive Retail Group (IRG), which operates 37 Nike-branded stores in Russia through its subsidiary Up And Run.