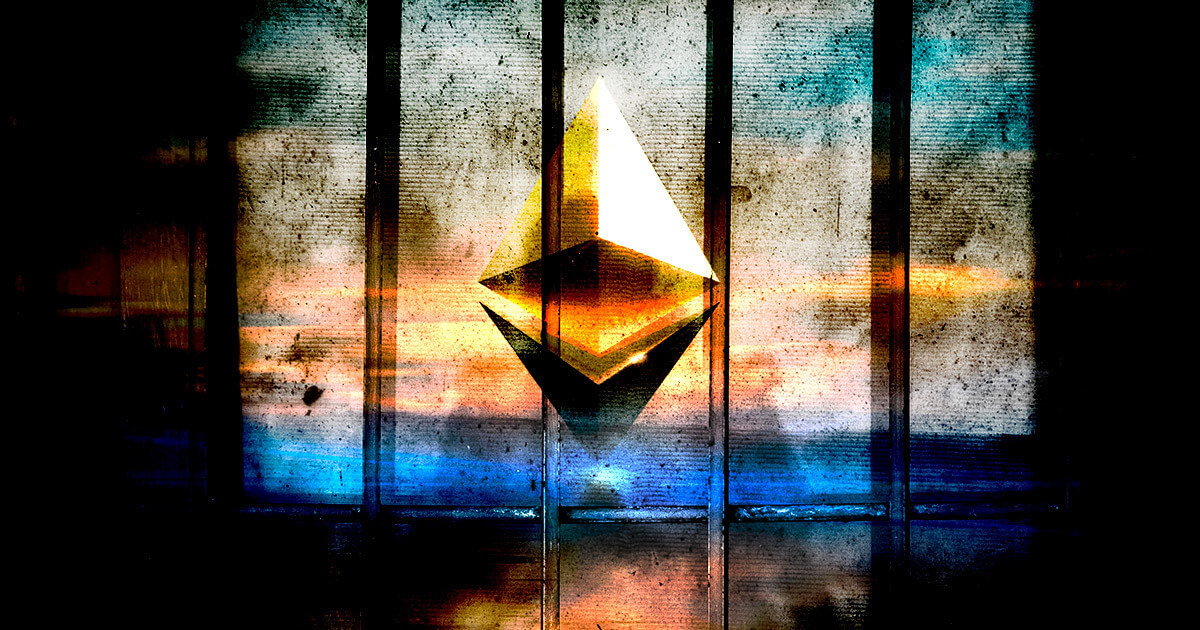 The hope of a decentralized, open, free internet is in jeopardy right now. This is not hyperbole, FUD, or clickbait. Ethermine, the largest Ethereum mining pool, no longer produces blocks containing Tornado Cash transactions. This is likely due to OFAC sanctions and is an example of censorship at the protocol level.

If censorship resistance isn’t a goal, these networks can be a *whole lot* simpler and more efficient. https://t.co/PbhFKl4Z74

A review of the most recent Tornado Cash Router transactions showed that it was dominated by Hiveon, P2Pool, 2Miners, and others.

Why does this matter?

Why does this matter? Recently, the US, via OFAC, sanctioned the use of Tornado Cash, making it illegal for any US entity to interact with the protocol.

Following this sanction, Circle “blacklisted” USDC on the Ethereum network so that any holder who had interacted with Tornado Cash would no longer be able to interact with the smart contract. This move essentially freezes all $USDC that had passed through Tornado Cash.

Next, DeFi protocols such as Aave, Uniswap, Balancer, and others introduced an API from TRM Labs, which disabled the front end of their dApps, essentially banning addresses sanctioned by OFAC.

Aave reportedly restored access to addresses that had been “dusted” with 0.1 ETH by a hacktivist attempting to highlight one of the critical issues with adhering to the sanctions. According to OFAC, any address that interacted with Tornado Cash was now under sanction from the US Thus, when the hacktivist sent 0.1 ETH to several influential people in the crypto space, it showcased that the sanctions could easily be exploited.

While it is arguably good that Aave has restored access to those high-profile people who were targeted, the question remains, “what will happen to users who are targeted by such an attack in future?”

If I don’t like my boss, so I send him 0.1 ETH through Tornado Cash, will he also now be banned from Aave? If so, how will Aave prove that his claim is legitimate? Banned users can still either fork the protocol or interact via CLI, but this is out of the reach of most users.

The choice by Ethermine to stop producing blocks that include Tornado Cash transactions is a step beyond any of the above. Selecting which transactions to process goes against the core principles of the Ethereum blockchain. The network is supposed to be open-source, free, decentralized, and inclusive.

Censorship at a protocol level

While other miners are still processing the transactions at present, if others follow Ethermine’s lead, there is a possible world where Tornado Cash no longer has miners willing to process its transactions.

Vitalik Buterin was so outraged at the thought validators may comply with OFAC sanctions after The Merge that he declared any validators complying with the sanctions should have their ETH staked burned. He agreed with the sentiment that actions that do not include Tornado Cash transactions should be considered “an attack on Ethereum and burn their stake via social consensus.”

“It is not technically impossible to not propose blocks with TC, ignore from the transaction pool… but the fewer validators are under US regulations, the better ofc.”

Within a day of the above conversation, we now see a real-world example of proof-of-work validators ignoring Tornado Cash blocks.

Ethermine is not a US-based company and therefore does not fall under the jurisdiction of the OFAC sanctions. However, miners that use the Ethermine pool could be situated within the US If Ethermine mines a block that includes a Tornado Cash transaction, it could be considered interacting with Tornado Cash, thereby breaking the sanctions.

In response to the news, Martin Koppelmann, Co-Founder of Gnosis, disagreed with a comment suggesting “it does not matter.”

I disagree It does matter. It normalizes that behavior and it thus puts pressure on others to do it as well. In a world where >90% would do it, the step is much smaller to then start ignoring the other <10% blocks.

Co-Founder of Paradigm, Matt Huang, recently reiterated the importance of the blockchain ecosystem to remain “neutral and resist censorship.”

It is vital that they remain neutral + resist censorship at the base layer.

Social consensus is as important as legally precedent. We must fight for both.

“Regulations to ban an open source tech is similar to bringing charges against Ford for inventing cars. It’s saddening to see that projects that are good are forced to comply with regulations owing to fear of getting targeted or because the regulations are written in such a way. Though, even more tragic is the way someone did a knee jerk reaction and bought in laws that simply can’t be applied to web3. “

Regarding a solution, Rajat stated, “simply put, we need to stop bad actors but not the inventions that help us progress forward.”

No entity within the Ethereum ecosystem should be able to decide what is included in blocks and what is not. While the news is starting, it is not yet a crisis. No other mining pools appear to be following Ethermine’s lead, and Ethereum validators such as Coinbase have categorically stated they will not censor transactions after The Merge.

However, this is a dangerous road to be traveling along. This is not the direction toward a free and fair decentralized internet; it is several steps backward and potentially the path to an even darker future.

The Tornado Cash code itself does nothing illegal and is fully open-sourced. We do not imprison gun manufacturers when they are used against innocent people. The government does not assume blame when a criminal uses cash for an illegal transaction. By the same arguments, the code written by the Tornado Cash team is not responsible for those who launder money through the protocol.

Tornado Cash has legitimate uses and is a privacy tool at its core. In my opinion (Akiba), the authorities should investigate and trace how the money got to Tornado Cash and what it was used for after, as that’s where the illegal activity can be found.

There is a possibility that it is merely a coincidence that no Tornado Cash transactions have been included in Ethermine blocks. However, given it produces around one-third of the network’s hashrate, it is unlikely.

CryptoSlate reached out to Ethermine for comment but has received no response. A moderator on the Discord forum told CryptoSlate that “Ethermine/BitFly is a registered GmbH so they’re kept to Austrian laws, so the possibility exists that it’s a compliance move. I could not say for certain however and I’ll defer to the admin team.”

Did Edge on the Crypto Market 👇