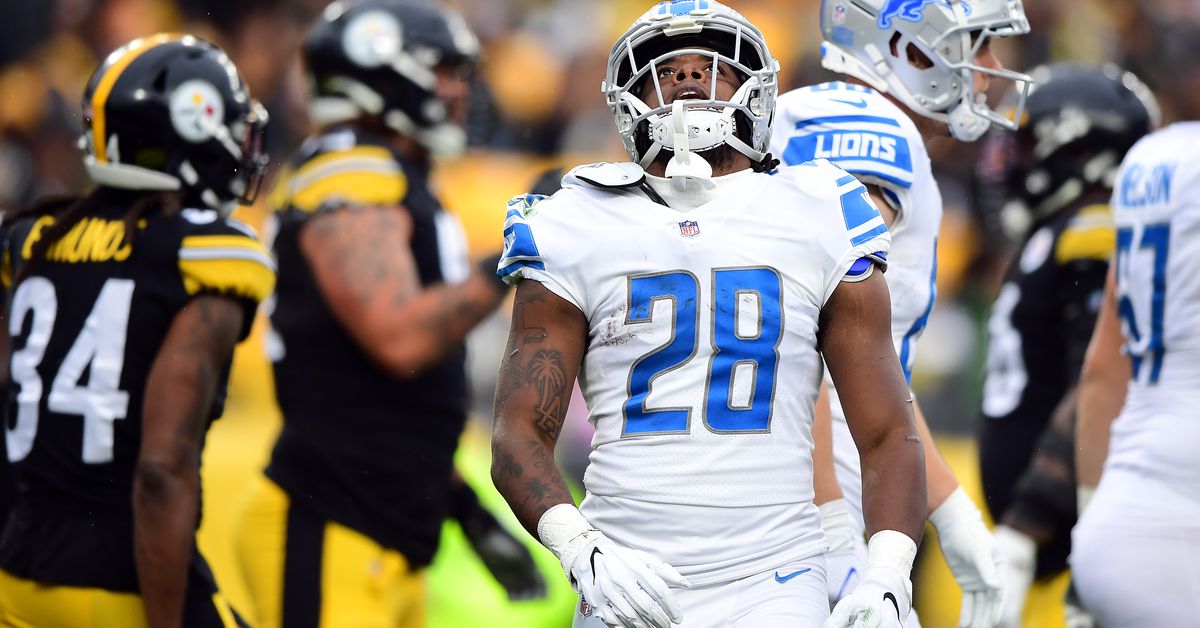 On Tuesday afternoon, the Detroit Lions made the final cuts necessary to get down to the 53-man limit. Of course, as you’ve likely been reminded 100 times already, this will not be the final version of the team’s roster. There will be moves the Lions make in the next 24-48 hours that shift the final few spots, and may provide some extra clarity for some of the decisions Lions general manager Brad Holmes and coach Dan Campbell made this week.

Because there were a handful of surprises made by the team. Nothing too mind-blowing, as every player that was cut, was either on our “Bubble Watch” or someone not considered even good enough to make the roster bubble. That said, there were players everyone on staff believed were “IN” who were “OUT” and players we all thought were “OUT” that ended up being “IN.”

Here are the five biggest surprises from the Lions’ 2022 roster cuts.

This was by far the biggest surprise of the cuts. Jefferson had underwhelmed as a rusher in the preseason, leading almost everyone to think he was not only behind Godwin Igwebuike but recently-added Justin Jackson, too. The preseason stats speak for themselves:

We won’t know for sure why Jefferson made the roster until we hear from the Lions, but it almost certainly has to do with special teams. The Lions challenged Jefferson to take his special teams skills to the next level, and the second-year running back certainly showed that he took that seriously this offseason. Still, Jefferson doesn’t feel like a better special teams option than Igwebuike, and he doesn’t have the rushing skills of Jackson. His inclusion over both remains to be a mystery. Perhaps a future roster move will provide some more clarity.

This one is far less surprising, seeing as Mike Hughes has been challenging Parker for the starting nickel job for the past few weeks. However, when Campbell was asked about the status of the nickel competition after Sunday’s game against the Steelers, he specifically pointed out Parker.

“AJ has proven to be dependable,” Campbell said. “He’s smart. Hey’s crafty. Though he has limitations, he understands his own limitations and is able to play at least one step ahead, because he is a smart player.”

That was enough to tip the scales for me—and everyone else on staff. However, I would expect to see Parker back on the practice squad if he clears waivers.

Individually, it’s not surprising at all that the Lions chose to keep Evan Brown, Tommy Kraemer, and Logan Stenberg. All three were fantastic in the preseason, and Stenberg specifically fought his butt off to show he’s made some serious strides this offseason. He put enough good tape out there in the past two preseason games that the former fourth-round pick may have not made it through waivers.

But, still, it doesn’t feel like the greatest use of roster spots when you’ve now rostered three reserve interior offensive linemen. Kraemer alone has the versatility to play all three positions. I know the Lions’ offensive line suffered a lot of injuries on the offensive line last year, but that felt like a relative anomaly.

When a player is waived/injured, it means that player will hit waivers and if unclaimed, they will go to injured reserve. If they make it to IR, their season is over—unless the team decides to then cut them with an injury settlement. In those instances, they cannot sign anywhere until the length of their injury settlement expires, and if they were to sign with the original team, they’d have to wait an additional three weeks.

The first three aren’t all those surprising, as those players missed significant time in training camp. Benson had been dealing with on-and-off injuries, but appeared to fight through them and played 26 snaps on Sunday. Cornell missed a few recent practices, too, and played seven snaps against the Steelers.

Both of those players felt like decent candidates to make the practice squad, and maybe even get a shot to play in Detroit should the injury bug hit the starters. But now it appears they will not play for the Lions in 2022 and could lose their entire season to injury. That is unexpected, to say the least.

Even though there was one smart, handsome writer who predicted this move, I’m sure that humble person would even admit that he wasn’t very confident in that decision, especially when he said Pittman was his “last player out.”

Pittman is a talented player who has been one of the team’s best special teamers in the past three years, and he’s been giving the Lions depth as a situational edge rusher who can also drop back as an off-ball linebacker. Perhaps his waiving is a positive sign about Julian Okwara’s health, but it’s still a pretty big surprise.