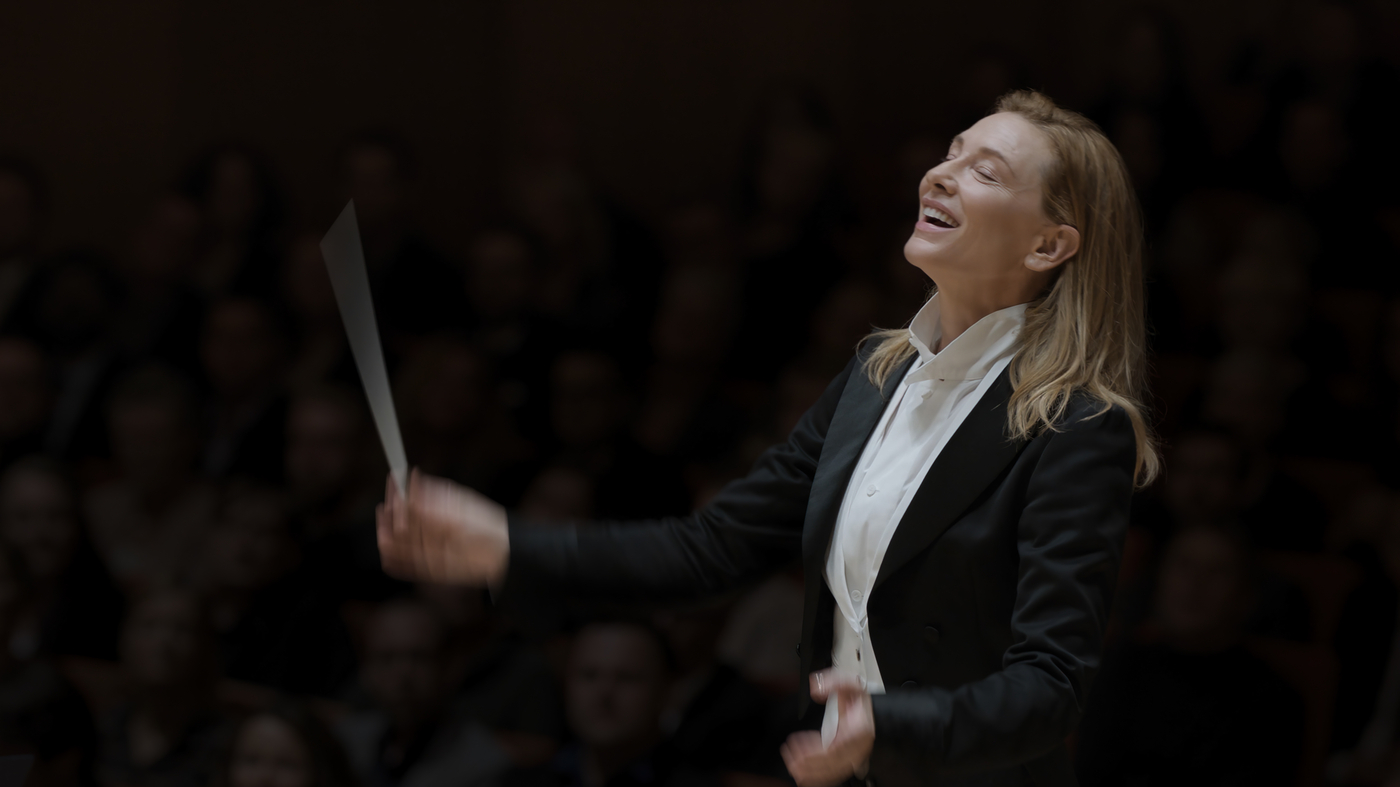 Cate Blanchett plays a world-renowned conductor in the film Tar.

Cate Blanchett plays a world-renowned conductor in the film Tar.

By this point, we don’t need any reminders of what a great actor Cate Blanchett is, but we have one anyway in her new movie, Tar. To play the fictional role of Lydia Tár, world-renowned conductor of the Berlin Philharmonic, Blanchett learned to conduct music, play the piano and speak German — not all at once, thankfully, though I’m sure she could if called upon to do so. A lot of movies about artists — even real-life artists — have a hard time convincing you of their characters’ accomplishments. But Blanchett makes you believe in Lydia’s genius immediately, before we’ve even seen her pick up a baton.

The movie begins in Manhattan, with Lydia in a lengthy onstage conversation with the new Yorker writer Adam Gopnik. This scene and others are a feast for classical music buffs: We learn about all the orchestras Lydia’s conducted, the music she’s composed, the films she’s scored, the books she’s written and the many awards she’s won. We also learn about her devotion to great composers like Mahler and great conductors like Leonard Bernstein, and about her thoughts on how conductors shape and manipulate the flow of time.

The writer-director Todd Field has a masterful understanding of time himself. Tar runs more than 2 1/2 hours, but I found it mesmerizing — not just as a character study, but as a thoroughly persuasive portrait of the insular and competitive world where Lydia holds sway. While her work often brings her to New York — she teaches at Juilliard — she makes her home in Berlin with her partner, Sharon, an accomplished violinist played by the superb German actor Nina Hoss. They have a young daughter, though Lydia is too consumed with work to have much family time.

Lydia isn’t just a conductor at the podium; she treats everyone in her life as if they were a member of her own personal orchestra, to be manipulated at will. That goes for the wealthy investor — a terrifically oily Mark Strong — who’s funding a conducting fellowship, and also her hard-working assistant, Francesca, who aspires to be a conductor herself. Francesca, played in a cunning turn by Noémie Merlant, also keeps her boss’ less savory secrets, some of them involving the many attractive young female musicians Lydia’s taken under her wing. That makes Tar a chilly study in the abuse of power, set in a classical music industry that has seen some of its biggest stars face accusations of sexual misconduct.

Lydia may be the rare woman — and the rare lesbian — to have achieved global fame in a male-dominated profession, but she also enforces a certain status quo. She waves aside the idea that gender barriers have ever held her back. And there’s an extraordinary early scene at Juilliard, where Lydia argues with a young student of color who scorns Bach, Beethoven and other white male composers. Lydia rejects his wholesale dismissal of the Western canon and insists that identity politics should have no place in the evaluation of art. You can agree or disagree with her, but it’s hard not to admire the intellectual brio with which she attacks her student’s argument — all while playing the opening prelude of Bach’s “Well-Tempered Clavier” on the piano, to boot.

It’s been a long 16 years since Field made a movie, and for at least some of that time, he’s clearly been thinking about some of the most hotly debated social issues of the day. but Tar is too subtly thoughtful and complex to be reduced to mere talking points, and Blanchett’s performance also resists easy categorization. With her mix of charisma, ferocity and occasional tenderness, she shows us both Lydia Tár the magnificent artist other Lydia Tár the monstrous human being — and makes it impossible for us to separate the two.

Lydia is due for a comeuppance, and she gets it. Or does she? A lot of people I’ve spoken to about Tar were thrown off by the ending, even those who love the movie as much as I do. I won’t reveal that ending, except to say that it filled me with a fresh wave of admiration — for Lydia, a consummate artist even at her lowest, and for the brilliantly thought-provoking movie that brought her to life.