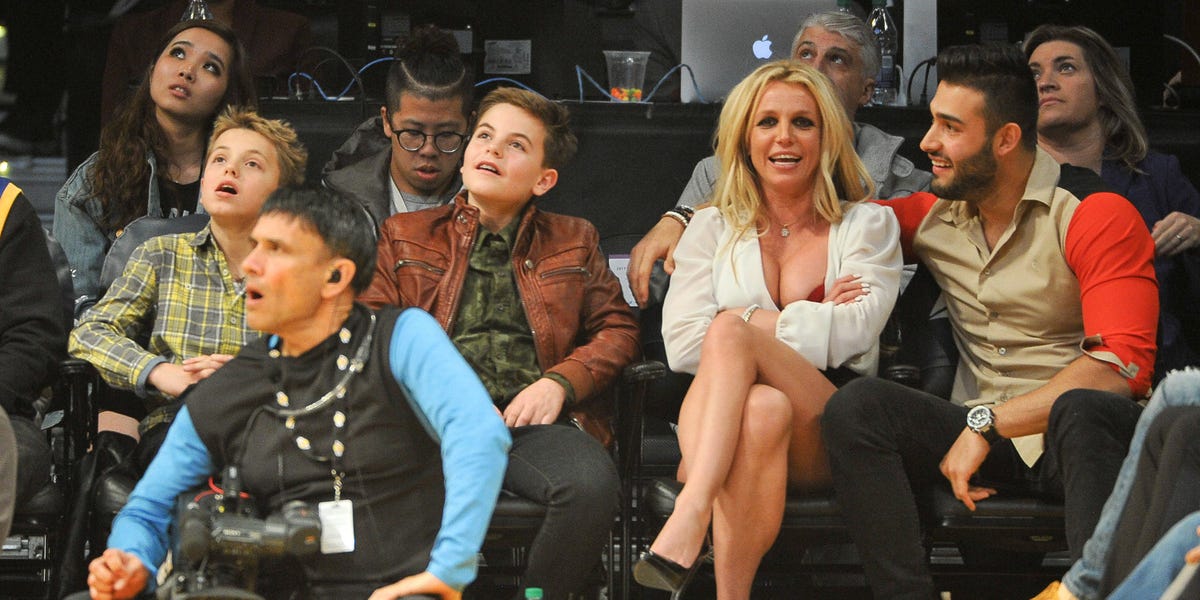 Britney Spears’ son Jayden James said that he didn’t go to his mother’s wedding in June because the rest of her family wasn’t invited.

Jayden James, 15, is the youngest of Spears’ two sons with Kevin Federline, who won full custody in 2008 after the couple divorced in 2007.

In June, Jayden and Sean Preston, 16, skipped Spears’ wedding to her new husband Sam Asghari. At the time, an attorney for their father told People the boys didn’t want to take the spotlight from their mother by attending but were “happy” for the married couple.

However, during a new interview with “60 Minutes Australia” on Sunday, Jayden said that he actually felt uncomfortable attending because Spears did not invite other members of her family to the event.

“I’m really happy for them, but she didn’t invite the whole family,” the teenager said. “And then if it was just gonna be me and Preston, I just don’t see how that situation would have ended on good terms.”

Spears is currently in a feud with her family over her years-long conservatorship, which ended last year. Britney’s parents, Jamie and Lynne Spears, along with her younger sister Jamie Lynn and older brother Bryan, did not attend the wedding in June. Britney said that her brother was not invited.

Spears is also in a feud with Federline after he spoke to the press about the “Toxic” singer’s relationship with her sons.

During the “60 Minutes Australia” interview, Jayden said that Britney’s father was only doing what was best for his daughter by putting her in a conservatorship.

“Everyone is mostly hating him for the conservatorship, but I think at first he was just trying to be like any father,” Jayden said. “Pursue [his] daughter’s dream of being a superstar and working and going to all these concerts and performing, but I think some people are just ceasing to realize how much he cares about her.”

Federline, who also took part in the interview, defended Spears’ father as well.

“I wasn’t involved in any of it so I really don’t know how the conservatorship came about, I don’t know whose decision it was,” he said. “All I know is that you have a family that is worried about their daughter and trying to do whatever they can to help her. That’s all that I knew.”

Federline said he “couldn’t get involved” with the conservatorship but added that Jamie Spears “100%” saved Britney when he first put her into a conservatorship.