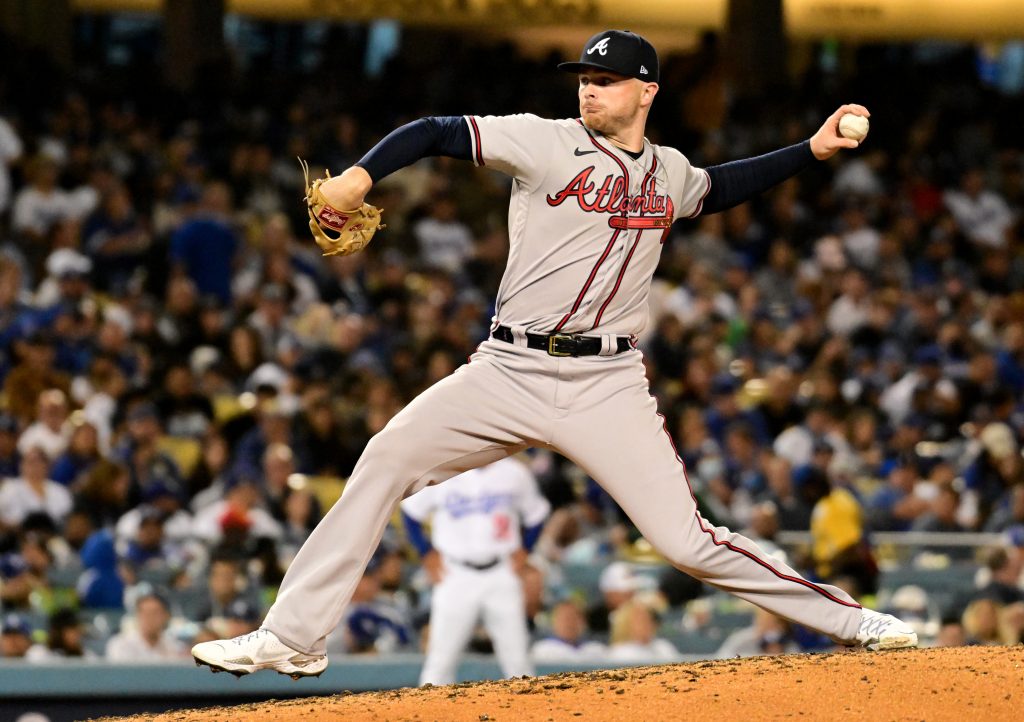 The Cubs have acquired relievers Sean Newcomb from the Braves for right-hander Jesse Chavez and cash, according to announcements from both teams. Both clubs’ 40-man rosters are now full.

It’s a new landing spot for Newcomb, who has spent the past six seasons in Atlanta. A first-round pick of the Angels in 2014, the left-hander quickly developed into one of the sport’s top pitching prospects. After the 2015 season, the Angels flipped him alongside Chris Ellis to Atlanta for five years of Andrelton Simmons.

Newcomb was a starting pitching prospect at the time, with evaluators holding out hope that his high-octane arsenal could make him a top-of-the-rotation caliber hurler. He remained in that role for his first couple major league seasons, starting 49 of his 50 appearances between 2017-18. Newcomb showed some promise, posting a 4.06 ERA with a solid 23.3% strikeout rate. As he had throughout his time in the minor leagues, though, he struggled to throw strikes. After walking 12% of batters faced through his first couple seasons, the Braves transitioned him to the ‘pen in 2019.

During his first season of relief, Newcomb pitched to a 3.16 ERA in 68 1/3 frames over 55 outings. Curiously, his strikeout and swinging strike numbers took a step back relative to where they’d been while he was starting, but he induced grounders on nearly half of batted balls against him and posted a personal-low 9.9% walk rate.

It looked as if Newcomb might thrive in shorter stints, but the Braves made an ill-fated effort to return him to the rotation in 2020. He was bombed in four starts and spent most of the season at the alternate training site. He returned to the big league bullpen last season but dealt with his worst control woes yet. In 32 outings, Newcomb walked a ghastly 18% of opponents while seeing his ground-ball rate tumble back to 39%. His 28.7% strikeout percentage was a career-high, but the free passes allowed hitters to rack up a .383 on-base percentage.

Newcomb has gotten off to another rough start this season. He’s worked five innings of four-run ball, allowing seven hits with four walks and strikeouts apiece. Because he’s out of minor league option years, the Braves had to either continue running him out against MLB hitters or designate him for assignment. They chose the latter course of action yesterday, likely knowing someone else would take a chance on him.

That team will be the Cubs, who add a live-armed southpaw to their bullpen. Newcomb has averaged north of 95 MPH on his heater in each of the past two seasons. He generated plus swinging strike rates on both his cutter-slider and curveball last year. For a team that entered the night with Daniel Norris as its only lefty reliever, it’s understandable why Chicago will take a shot to see if they can iron out Newcomb’s control woes.

He’s making a modest $900K this season (a little more than $800K of which remains owed) and can be controlled via arbitration through 2025. There’s a chance Newcomb sticks around on the North Side for the next few seasons, but the Cubs — like the Braves before them — will have to keep him on the active roster or designate him for assignment themselves.

The Braves, meanwhile, will replace Newcomb in the bullpen with one of his old teammates. Chavez, a 15-year MLB veteran, spent the 2021 season with Atlanta after being selected onto the big league roster in June. He pitched to a sterling 2.14 ERA in 33 2/3 innings, striking out a career-high 27.1% of batters faced against a fine 8.3% walk rate. Chavez rather remarkably didn’t allow a single home run in his 30 appearances.

That impressive total strikeout came in spite of a 91 MPH fastball and a subpar 7.1% swinging strike rate, though. Between Chavez’s lack of velocity, swing-and-miss stuff and understandable skepticism about his ability to repeat his 2021 home run suppression, teams didn’t ardently pursue him in free agency. He signed a non-roster deal with Chicago, although he wound up breaking camp nonetheless.

Chavez made three appearances as a Cub, tossing 5 2/3 frames of three-run ball. He has punched out three batters with a pair of walks and a homer allowed. He’ll return to Atlanta and again serve as a multi-inning bullpen option for skipper Brian Snitker.