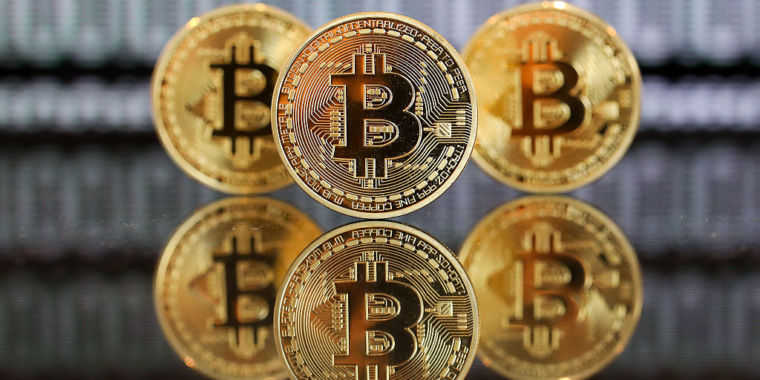 Bitcoin fell to a six-month low on Saturday, extending a steep decline recorded in the previous session as the cryptocurrency market was swept away in a sharp shift from speculative asset investors.

The price of the largest digital token by market value fell 4.3 percent in Europe on Saturday morning to $35,127, its lowest level since July 2021. Bitcoin has now lost almost a quarter of its value this year.

Other cryptocurrencies have also come under heavy selling pressure, with an FT Wilshire index of the top five tokens excluding Bitcoin falling 30 percent in the first month of 2022.

The cryptocurrency comes as investors dumped shares in tech companies on expectations that the Federal Reserve will rein in easy pandemic monetary policy to fight inflation. Global stock markets posted their biggest declines in more than a year this week, with the fast-growing companies that have fueled the rally from the depths of the coronavirus crisis taking sharp tumbles.

Investors are now forecasting that the Fed, the world’s most influential central bank, will hike interest rates three to four times this year, sending bond yields higher. Higher yields on low-risk assets like US Treasuries make the potential returns that can be achieved from speculative investments like cryptocurrencies look less attractive, analysts say.

The sharp sell-off in digital assets also comes a day after Russia’s central bank announced draft proposals on Thursday aimed at banning all cryptocurrency trading and mining. The proposed regulations would also block cryptocurrency investments by banks and ban any exchange of cryptocurrency for traditional currencies in Russia, one of the world’s largest crypto-mining centers.

The central bank said in its 36-page report that the rapidly rising value of cryptocurrencies “is primarily defined by speculative demand for future growth, which creates bubbles,” adding that they “also have aspects of financial pyramids because their price growth is largely supported by demand from new entrants.”

The announcement initially had little impact on Bitcoin, which rose as much as 3.7 percent against the dollar on Thursday. But by Friday afternoon, the cryptocurrency in Asia was down more than 10 percent from the previous day’s high, hitting its lowest level since August.

“Russian regulators were frustrated [with the cryptocurrency industry] for several years and none of their warnings have been heeded,” said Vince Turcotte, sales director for Asia Pacific at Eventus Systems.

He added that while the Russian proposal is “relatively tougher,” it is just the latest in a series of cryptocurrency announcements from regulators around the world, mostly focused on protecting retail investors.

Turcotte compared the situation in Russia to that in China before Beijing began cracking down on the industry. “No one was listening [Chinese officials] until they actually struck,” he said. Last year, China declared that all crypto activities are illegal.

© 2022 The Financial Times Ltd. All rights reserved. May not be passed on, copied or modified in any way.