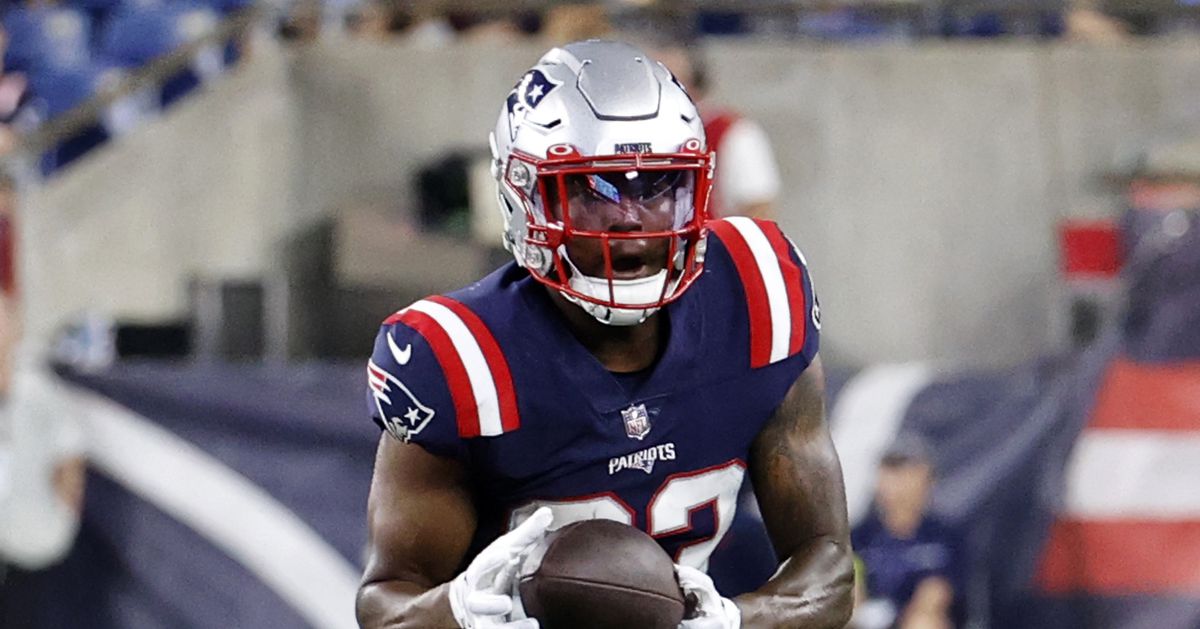 The New England Patriots are in the win column, topping the Carolina Panthers 20-10 in their second preseason game of the year. Mac Jones played three total series as a handful of other Patriot regulars played deep in the contest.

Here’s who caught our eye Friday night for better or worse.

Winner: WR Lil’Jordan Humphrey. For the second straight game, Humphrey was a playmaker in New England’s offense. He hauled in five receptions for a team-high 71 yards, continuing to feast up the seam and in the middle of the field. Humphrey’s playmaking abilities extended into special teams as well when he had one of the plays of the night, throwing a punt back into the field of play which was downed at the four-yard line.

Humphrey has come on strong traction of late and has gained towards a 53-man roster spot. With his playmaking ability in the middle of the field and with his 6-foot-4 frame, one could wonder if he could transition to a hybrid tight-end, something Bill Belichick alluded to postgame.

Winners: LB Mack Wilson Sr. and LB Raekwon McMillan. The Patriots’ new linebackers got lots of playing time Friday night and impressed. Wilson’s speed and physicality continues to pop all over the field. On one drive, he read Matt Corral’s eyes perfectly and almost intercepted a double slant combo route. A few plays later he rallied to the ball and helped Terrance Mitchell stop Rashard Higgins short of the sticks on third-down. Belichick called Wilson an “explosive” player that adds speed to the defense, and he’s showed that continuously this offseason.

As for McMillan, he continues to be a big part of the team’s plan for this season. He showcased his athleticism Friday night recording six tackles and making life difficult for Carolina pass-catchers out of the backfield.

Loser: OL James Ferentz. Ferentz drew the start at right guard as New England continues to shuffle around its beat-up offensive line. It wasn’t a pretty night for the veteran. On New England’s opening drive, Ferentz was blown off the line by Julian Stanford leading to a sack on Mac Jones. Later in the game he put a halt on a promising drive with a late hit on Kenny Robinson — this week’s instigator from Carolina. Ferentz still seems primed for the Ted Karras role with his versatility across the offensive line, but it was a rough week.

Winner: CB Jonathan Jones. Like he’s been doing in camp, Jones saw the majority of his snaps at outside cornerback for the Patriots. Jones held his own on a pair of third-down go routes, knocking a ball away from the 6-foot-5 Keith Kirkwood on one attempt. Jones has played himself into the role which has helped create quality depth in the Patriots cornerback room.

Winner: The pass rush. The New England pass rush was dialed up Friday night, recording five sacks and a handful of pressure. Josh Uche, who smoked sixth-overall pick Ikem Ekwonu on a speed rush, and Anfernee Jennings continue to provide value along the edge.

Deatrich Wise Jr continued to terrorize Carolina tackles by also beating Ekwonu for a sack. Ronnie Perkins recorded a sack and had a strong pursuit against Matt Corral early in the fourth quarter. DaMarcus Mitchell recorded a sack and forced fumble in the closing minutes which Sam Roberts recovered for a touchdown.

The Patriots showcased a strong pressure package Friday night and could have some hidden gems on the depth chart.

Loser: WR Tre Nixon. Nixon’s final stat line of six catches (team-high) for 56 yards may look promising, but the second-year receiver was at the end of some negative plays for New England. To start the fourth quarter, Nixon couldn’t haul in a deep touchdown from Bailey Zappe. It wasn’t a perfect pass and there was some content, but it was a ball a player fighting for a roster spot would prefer to come down with. He was also the intended receiver on Zappe’s pick-six and he did not appear to be fully expecting the ball to come his way. With another strong game from Lil’Jordan Humphrey, Nixon may have taken a step back on the depth chart.

Other players worth mentioning include Ty Montgomery, who continues to be involved in the offense. Montgomery was on the field throughout their first scoring drive, finding pay dirt himself and making the most of several touches. Sticking with the running backs, Kevin Harris and JJ Taylor provided some burst out of the backfield in the second half. Nelson Agholor continued his strong week by hauling in a 45-yard completion from Mac Jones.

In the turnover department, Joshuah Bledsoe forced a fumble while Shaun Wade and Brenden Schooler hauled in interceptions. Schooler and fellow UDFA DaMarcus Mitchell also opened the game on the starting kickoff unit. On the other side of the spectrum is Bailey Zappe, who threw a bad looking pick-six.

Nick Folk was 1-for-1 in field goal attempts (38 yards) and extra point attempts. Tristan Vizcaino made one field goal from 51 yards and one extra point, but also pushed a 53-yard attempt far right.