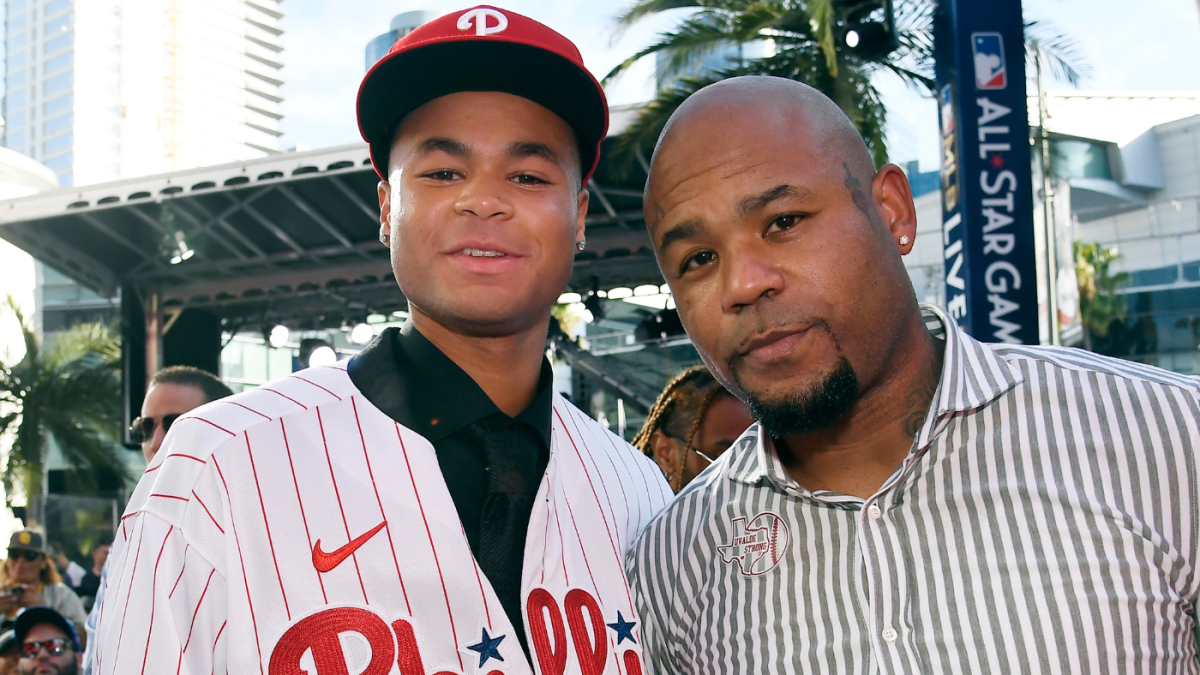 The 2022 MLB amateur draft began with the first 80 selections Sunday night. Another 536 picks are on tap Monday and Tuesday. The Orioles had the No. 1 pick for the third time in history and used it on Oklahoma high school shortstop Jackson Holliday. Yes, he is the son of longtime big league Matt Holliday. Here are all this year’s first-round picks.

Similar to the baseball season itself, evaluating the MLB draft requires a marathon mentality, not a sprint. Players drafted this weekend will disappear into the minors for a few years before resurfacing, working through growing pains, and then finally establishing themselves as big leagues. This is not the event for instant gratification.

For the first time in draft history, the sons of former MLB players were selected with the No. 1 and 2 picks in the draft. A total of four sons of big leagues were drafted in the first round:

Holliday is second son of the former major league selected with the No. 1 pick, joining Hall of Famer Ken Griffey Jr. (No. 1 pick in 1987). That’s pretty good company there. Teams value big-league bloodlines and that has never been more evident than it was during the first round Sunday.

A year ago Rocker, the former Vanderbilt ace, was the No. 10 pick in the draft, but the Mets did not sign him because something in his physical scared them. Rocker had minor shoulder surgery last September, shoved in an independent league this spring, and went no. 3 to the Rangers in this year’s draft. Rocker going where he did was a big surprise, he was expected to go in the back half of the first round somewhere, but good for him. Things worked out after last year’s disappointment. (Also, Rocker gets to reunite with Jack Leiter, his running mate with the Commodores. Texas took Leiter with the No. 2 pick last summer.)

Because the Dodgers exceeded the $250 million third luxury tax tier last season, their first-round pick moved back 10 spots, so they did not have a first-round pick Sunday. Their first selection was No. 40 overall, which they used on Louisville catcher Dalton Rushing. Los Angeles is so good at drafting and developing that Rushing will probably become a star, but it’s never fun not having a first-round pick. That’s especially true for fans watching at home (or in attendance in LA), having to wait to hear their team call a name.

Cincinnati landed Collier with the No. 18 pick even though he was a projected top-10 pick all spring, and sometimes even a projected top-five pick. Collier is a fascinating prospect because he’s a 17-year-old who got his GED and finished high school early, and enrolled in a junior college so he could enter the draft as what amounts to a high school junior. Collier has big upside — he’s received some Rafael Devers comps for his bat — and to get him with the No. 18 pick is a huge, huge win for the Reds. My favorite pick of the night.

Two months ago Horton being a top-10 pick would have seemed insane. The Oklahoma ace returned from Tommy John surgery in late March and didn’t really hit his stride until June, when he was dominant during the Sooners’ run to the College World Series Finals. Horton’s impressive postseason showing landed him with the Cubs as the No. 7 picks. He was far and away the biggest draft riser this spring. The kid made himself a ton of money in the Division I postseason.

For the first time in draft history, four of the top five picks were Black players. Baseball struggles with diversity, both on and off the field, and hopefully this year’s draft is an indication the tide is turning. One of the most effective ways to grow the sport and capture new audiences is making sure every kid sees someone who looks like them on the field.

Teams are increasingly risk averse and that shows up on draft day. Clubs focus on hitters because they’re “safer” than pitchers, who come with so much inherent risk of injury. So, so many of the top pitching prospects in the draft class got hurt this spring. It was a poor pitching class, and as a result, only seven pitchers were selected in the first round, nine if you include No. 20 pick Owen Murphy and No. 30 pick Reggie Crawford, two two-way players. That’s the fewest pitchers taken in the first round of this century.

Two two-way players went in the first round! The Braves used the No. 20 pick on Illinois high schooler Owen Murphy and the Giants used the No. 30 pick on UConn’s Reggie Crawford. Both will begin their careers as two-way players. Crawford is recovering from Tommy John surgery and threw only eight innings in college, but he throws 99 mph from the left side, and he’s shown some promise with the bat as well. The consensus is Crawford’s future lies on the mound because, well, he throws 99 mph from the left side, but San Francisco intends to develop him as a two-way player. Fun!