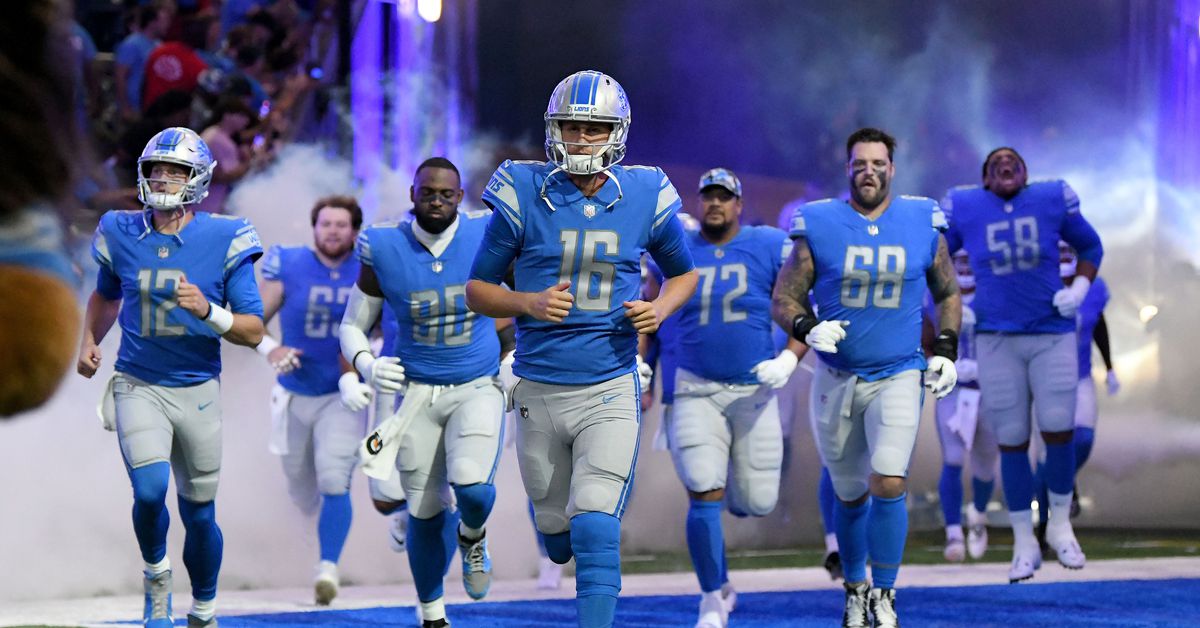 The Detroit Lions preseason is over, and with the final 53-man roster needing to be established by Tuesday, August 30 by 4 pm ET, it’s time to make our final projections for the 53-man team.

This offseason, Jeremy Reisman and I have been joining forces for these projections, but for this final installation, we have switched back to individual projections to allow fans a bit more perspective on what each of us is thinking.

Let’s take a look at my 53-man projection.

Entering the preseason finale, it looked like Boyle was in the drivers seat for the QB2 role, as he was announced as the starter and the plan was to get him a full half of work with the starting offense. In my roster battle preview article, I hypothesized that Boyle was in a good spot, but if he failed to have success with the top unit, then it would be a major red flag.

After dropping the ball in incredible fashion, Boyle was pulled and replaced by Blough. After the game, coach Dan Campbell addressed the media and talked about the backup quarterback competition:

“I think it became very clear. I think we got things answered, and I’ll leave it at that.”

That screams bad news for Boyle to me.

The Lions have really been trying to give Jefferson the best opportunity possible, but other than the play where he followed Penei Sewell 15 yards downfield, he has struggled to find the magic I saw in him last year.

Jackson has looked better with each passing week, but I don’t see him ahead of Reynolds and Campbell told us last week that the kick return job was Igwebuike’s to lose—and I didn’t see anything happen to knock him off that spot.

The above original six is ​​the same group we had in our joint 53-man projections every week, save the last installation, when we promoted Kennedy over Benson. Now, a week later, I was heading into this final game, still left wanting more from Kennedy on special teams or to show that he remains recoverable on offense. Three catches for 15 yards and little-to-no impact on special teams left a sour taste in my mouth.

At the end of the day, as Campbell said on Friday, when it comes to tight roster battles, “the tiebreaker is going to be special teams”. Welcome back Trinity Benson.

For me, the top three are cemented in and having Jason Cabinda on the reserve/PUP gives the Lions at least another month to see where Mitchell is at developmentally. Yes, Mitchell hasn’t shown a ton this preseason, but the Lions surely anticipated this when they drafted him, knowing his ACL recovery was going to slow down his acclimation process.

This group of eight are the Lions top lineman and the only question I debated was: is there room for Stenberg? I suppose it’s possible they could find a way to keep him as a ninth lineman, but once again, something that Campbell said in his post game presser lingered with me and influenced my decision:

“There’s very few occasions that we take somebody and they don’t play at all. You may have an eighth lineman, but that’s a bonus to bring him anyway. But as far as everybody else, we’re gonna use them.”

If they add Stenberg, he’s likely taking the spot of a player who would otherwise be in a contributing role, and that doesn’t seem to line up with Campbell’s vision.

Man, what happened to Cornell? He had 27 snaps in preseason Game 1, another 23 in Game 2, then just seven in Game 3. Fewer snap counts in the preseason finale is typically a good sign a player is in a safe spot, but Cornell has not been playing well recently —in games or practice—and I see the drop in snaps as more on an indictment than a sign he is safe.

Meanwhile, Taylor has been wrecking offensive lineman the last two weeks and is a natural player to fill in for Onwuzurike while he recovers from his latest injury.

No changes here, as Banks was injured and Houston is still developing. It’s also worth noting that the Hutchinson, Harris, Bryant, and Cominsky combined to make up the Lions NASCAR package, which is the formation they used on the Hutchinson/Harris sack.

I do think this group remains in flux as they enter the regular season. Barnes has really come on as of late, and even got the start against the Steelers, but I still think that role is best suited for Rodriguez.

OK, this one hurts. I have been singing the praises of Lucas basically from the moment he was drafted, and while I still believe he has starter upside, he’s simply not there yet. Once again, here’s a Campbell quote that seems to apply to Lucas:

“There’s a number of those guys in the backend, I can think of two in the back of my head right now that I’m like, ‘Man, a year from now, I could really see something special, but right now, it’s not there.’ And those are hard. Those are hard.”

Meanwhile, Hughes has been pressing Parker for a starting role and has been one half of the Lions’ first-team gunner pair. Price represents the other half of the gunner duo, and holds down several other special teams roles.

Moore’s reaggravation of his injury, combined with consistent play from JuJu Hughes, made this decision easier to make. I still think it’s a possibility they initially keep Moore, move him to reserve injured after cuts, then bring Hughes back. But, I could also see them not getting cute and risking Hughes to waivers.

No changes here. The lack of offense hurt Patterson’s chance to make a splash in the preseason finale, but he’s been behind Seibert for several weeks now. The bigger leg certainly helps, but Seibert’s also been the more accurate kicker in camp. It also helps that he is a steady kicking off, which doesn’t force Jack Fox into the role.